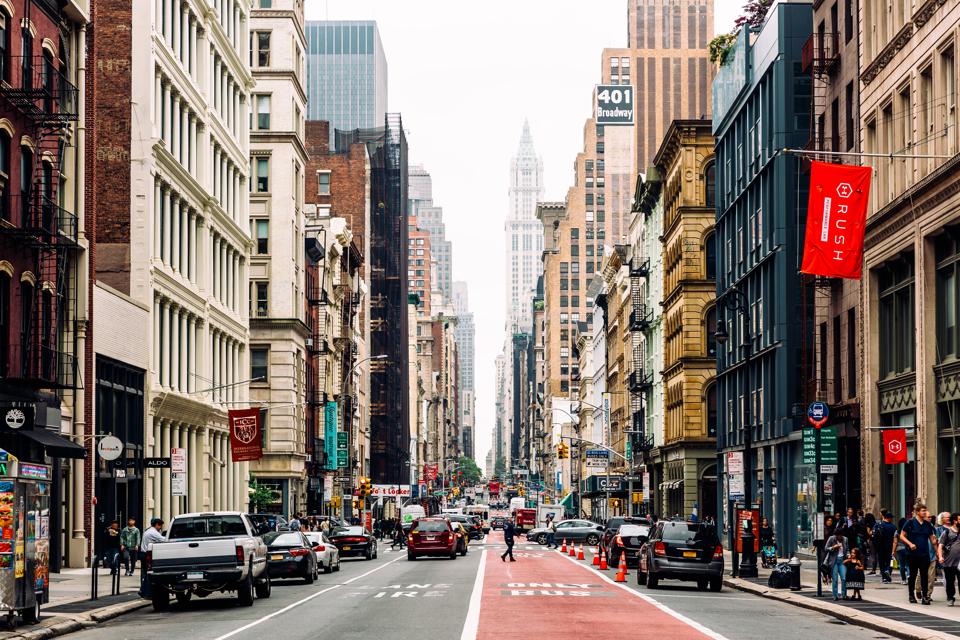 New York City and State have traditionally treated the real estate industry as a cash cow without end, in part because they think it’s a cash cow that can’t move. The State legislators may be about to do it again, thanks to a proposal to expand the scope of New York’s tax of 2.8% on substantial mortgages recorded in New York City. That’s one of the highest mortgage tax rates in the United States.

Now some State legislators want to extend the same 2.8% tax to mezzanine loans and preferred equity investments, two structures that often provide additional capital for larger projects, especially new development. This change would come on the heels of a series of legislative assaults since mid-2019 aimed at the real estate industry. And it would come at a time of dramatically declining rents and values, already disincentivizing investment and development.

The new tax, if passed, would make it even harder for the real estate industry to meet the State’s needs for housing and other forms of development. It would potentially consume 2.8% of the value of every mezzanine loan or preferred equity financing. That may sound like a small percentage. But it would amount to a much larger percentage of the equity investment, or the profit, in any deal. This sort of tax is often the largest transaction cost at any closing. And remember this tax would not be imposed on profits or sales proceeds or an increase in net worth or a successful deal, but instead only on the act of borrowing money that must be repaid.

The commercial real estate industry is already heavily taxed, starting with ordinary real estate taxes that often consume around a third of a commercial property owner’s gross revenue. The industry also pays regular income taxes like anyone else, ever-increasing water and sewer fees, transfer taxes and mortgage taxes that are among the highest in the United States, special New York City business taxes, commercial rent taxes (at least for some leases, and nominally paid by tenants), and endless filing fees, other fees, and fines. That doesn’t include the cost of complying with filing, disclosure, and reporting requirements as well as other governmentally imposed operational burdens that grow every year. 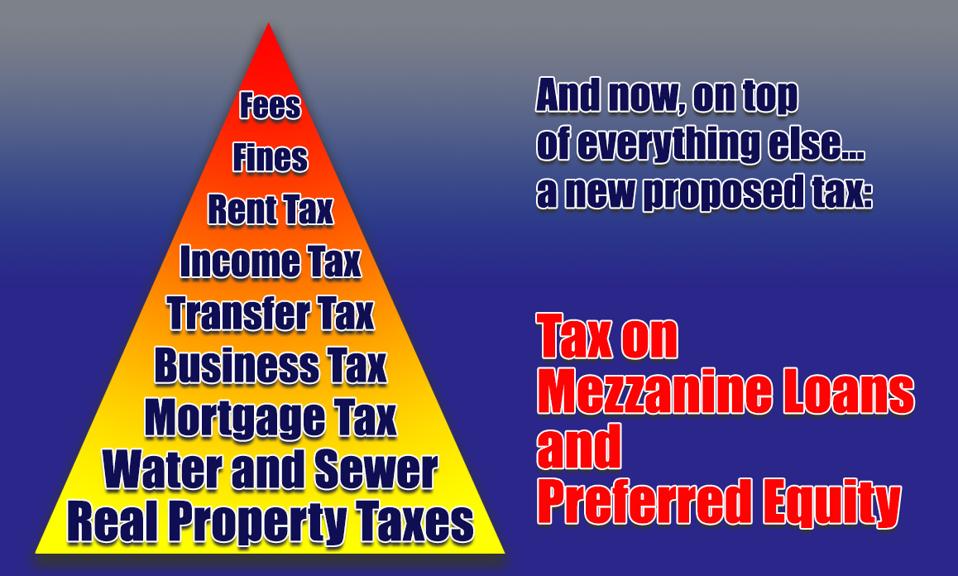 The City and State are certainly well on their way to another financial meltdown. Rather than impose a new tax on the real estate industry, though, the legislators ought to figure out how to make do with less (and perhaps also do less). They should recognize that the City and State already spend far more per capita than nearly any other comparable jurisdictions in the United States. But that’s an issue that goes far beyond the real estate industry.

The proposed new tax on mezzanine loans and preferred equity makes some effort to take into account existing law. That’s actually quite atypical once the Legislature gets started with its attacks on real estate. But the proposed tax doesn’t adequately recognize the ways mezzanine loans and preferred equity transactions get negotiated, structured, secured, and closed. Parts of the proposed tax are written using words and concepts that have nothing to do with the words and concepts actually used in commercial real estate transactions, another common trait of New York legislation that targets real estate.

The proposed legislation would jeopardize the confidentiality traditionally available for mezzanine loans and preferred equity, the same confidentiality that every other industry maintains for its transactions. The proposed legislation would require filing of UCC financing statements for preferred equity, a concept that makes no sense at all given the law of commercial transactions as it has existed for the last century or more.

If the proposed tax passes, the real estate industry will come up with ways to structure transactions so as to bypass the tax. The sloppiness of the legislation itself creates some opportunities. Premature identification and announcement of those opportunities would be unwise. They would bring to real estate transactions even more tax-driven complexity and risk of mistakes. Conceivably the industry might even come up with unsecured financing structures that rely on real estate value, but require nothing new to be recorded or filed and hence offer no opportunities for hungry tax collectors and legislators. With any luck, we won’t reach that point. Maybe the legislators will leave real estate alone for at least a while.

L.A. Rams’ Leonard Floyd Builds His Resume And Proves His Value In A Breakout Season