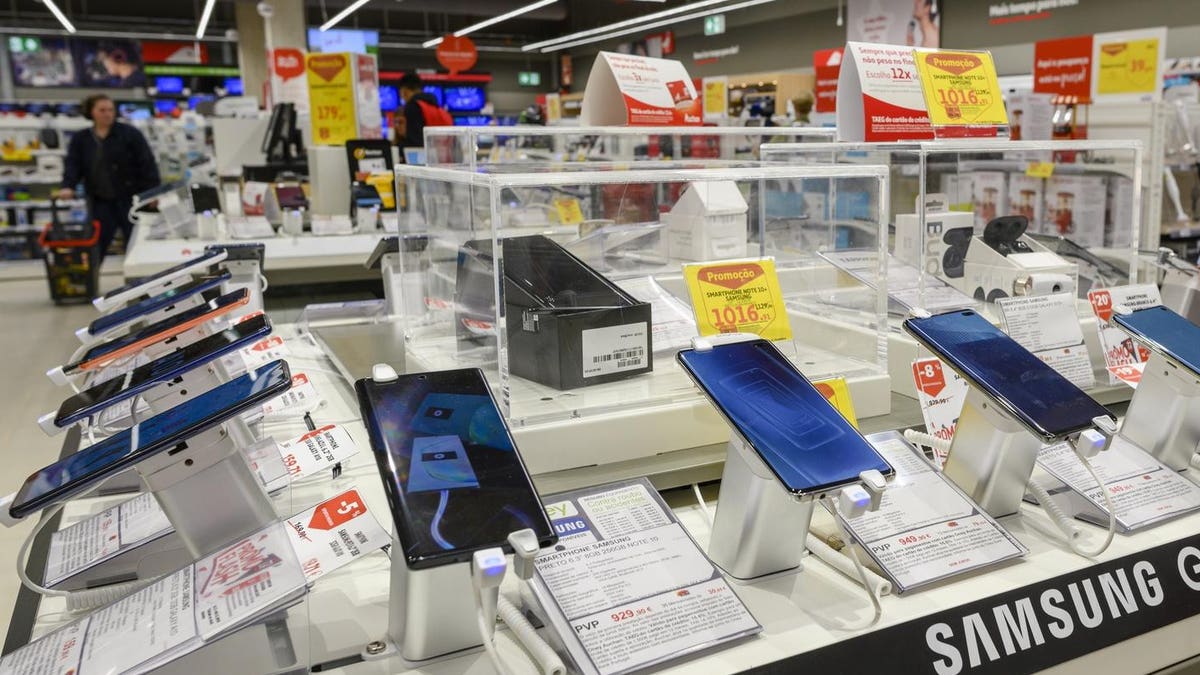 Taking a look back at seven days of news and headlines across the world of Android, this week’s Android Circuit includes the latest smartphone market share numbers, Oppo’s European success, OnePlus Watch goes on sale, Sony’s Xperia success, the next Nokia flagship leaks, Amazon’s new Android tablets, and how you can help Google Assistant with an awkward name.

Android Circuit is here to remind you of a few of the many things that have happened around Android in the last week (and you can find the weekly Apple news digest here).

The Smartphone Market Is Rising

Smartphone sales during the first calendar quarter of 2021 are up more than 27 percent year on year. How much of this is down to the disruptions due to the first months of the coronavirus pandemic is an open question. Samsung is top of the list with a 22 share, Apple is next with a 15 share, and SXiomi comes in with a 14 share to take bronze:

““COVID-19 is still a major consideration, but it is no longer the main bottleneck,” said Stanton. “Supply of critical components, such as chipsets, has quickly become a major concern, and will hinder smartphone shipments in the coming quarters… while the shortages persist, it will grant larger companies a unique advantage, as the global brands have more power to negotiate allocation. This will put further pressure on smaller brands and could force many to follow LG out of the door.””

Also picking up good news from the analysts this week was Oppo. One of BBK Electronics’ brands (which includes OnePlus, Vivo, RealMe, and IQOO), Oppo has captured fourth place in the European smartphone market, with a six percent share of sales:

” January saw Apple as the clear leader following its most successful device launch ever; Samsung rebounded in February on the back of strong sales of its latest flagship Galaxy S21 series and popular Galaxy A series; and then Xiaomi reached its highest market share in Europe ever in March thanks to the launch of its own flagship Mi11 devices. OPPO, OnePlus, realme and vivo also continue to grow strongly, with most having launched new devices in the quarter.””

The Time Is Now For The OnePlus Watch

“…we decided to create a product that can easily support daily usage, with all the necessary functions to track and monitor your activities. We also wanted to ensure that if you forget to charge your device, it should be able to quickly charge up in a short period of time. That’s why the OnePlus Watch comes with a powerful battery that lasts up to 14 days with Warp Charge to give you a boost – 5 minutes of charge to last you a day or 20 minutes to last a week.”

It’s no longer commanding the market share it once did, but Sony’s Xperia line detivered a profit to Sony’s Mobile Communications division in the last year, on sales of 2.9 million handsets:

Is This The Next Nokia Flagship?

HMD Global’s new branding system means that, while the Nokia 8.3 is likely to pick up a functional replacement its not going to be the Nokia 8.4. Instead, look for the Nokia X50 later this year; which should support a SnapDragon 780G system on chip, an improved penta-camera as seen on the Nokia 9 PureView, and a fast refresh 1440p display:

“HMD Global does not plan to release the Nokia 8.4 5G, according to a new report. Instead, the company will launch the Nokia X50, a direct replacement for last year’s Nokia 8.3 5G. The Nokia X50 will supposedly feature a Snapdragon 780G SoC, five rear-facing cameras and a huge battery. A large, high resolution and fast display is in order, too.”

Amazon has announced new Fire tablets. First up is the Fire HD 10, running a 1080p screen alongside reduced bezels compared to previous models; while the Fire HD 10 Plus adds in wireless charging and increased RAM. Running Amazon’s build of Android, these devices have typically been used to consume Amazon services, but with Microsoft 365 subscriptions and keyboard peripherals available, there’s a push into productivity :

“Amazon’s tablets aren’t normally associated with productivity, but the company is making a go of it with the new Fire HD 10 range. The tablets will be available in “Productivity Bundles” including Fintie-designed keyboard cases and a one-year subscription to Microsoft 365; the bundles start at $219.99 and the keyboards will cost $49.99 as standalone purchases. Amazon has also added a new split-screen multitasking feature to Fire OS.”

Amazon also launched the Fire Kids Pro tablets, with 7-, 8-, and 10-inch tablets available. They come with kickstands, protective cases, and a year of Amazon Kids+ subscriptions:

“The Fire Kids Pro tablet has a slightly more sophisticated look and feel, along with content specifically intended for older users. The tablet comes with access to Amazon’s digital store to download apps, such as Minecraft, Netflix and Spotify. It also alows for voice and video calling through Amazon Alexa devices, a more open web browser experience, new Amazon Kids+ content and a handful of parental controls.”

Does Google Assistant have trouble pronouncing your name? Or of your friends and family? Now you can help the AI to get its digital vocal cords around your circle. I’m curious to see how it copes with Muireadhach ua Flaithbheartach:

“Starting over the next few days, you can teach Google Assistant to enunciate and recognize names of your contacts the way you pronounce them. Assistant will listen to your pronunciation and remember it, without keeping a recording of your voice. This means Assistant will be able to better understand you when you say those names, and also be able to pronounce them correctly. The feature will be available in English and we hope to expand to more languages soon.”

Android Circuit rounds up the news from the Android world every weekend here on Forbes. Don’t forget to follow me so you don’t miss any coverage in the future, and of course read the sister column in Apple Loop! Last week’s Android Circuit can be found here, and if you have any news and links you’d like to see featured in Android Circuit, get in touch!