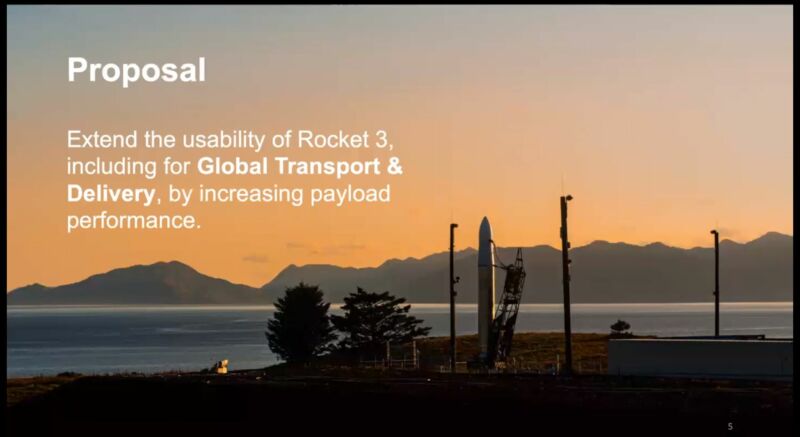 Enlarge / The company pitches the Air Force as part of its Global Space Transport and Delivery Challenge.
Astra

This week, the US Air Force convened an event during which American companies were invited to pitch ideas for how they could help the military further its ambitions in space. In turn, the Air Force offered entrepreneurs the potential to connect with government buyers.

More than 800 teams submitted solutions to four different challenges under the AFWERX program, which seeks to foster innovative ideas. These teams include everyone from prime government contractors (such as Lockheed Martin and SpaceX) all the way down to less mainstream groups offering UFO-propulsion-type ideas. Eventually, about 175 teams were invited to present at the EngageSpace event on Tuesday and Wednesday of this week.

One of those teams was Astra, the California-based launch company seeking to build an ultralow-cost rocket capable of delivering about 25kg to Sun-synchronous orbit. As part of the event, most of the teams did a 10-minute private pitch to a handful of Air Force and Space Force personnel about their solution to a particular problem.

In this case, Astra sought to address the Global Space Transport and Delivery Challenge, which asks companies to help the military “develop a space resupply and delivery system that can quickly and accurately deploy packages, supplies, and equipment to any location on Earth.”

Astra’s pitch for the event was titled, “Responsive Launch Enabled by Astra’s Rocket 5.0.” For a time on Thursday, a video of this pitch was posted on Vimeo, but after Ars asked the company about it, the video was taken down.

The pitch was made by Adam London, co-founder and chief technology officer at Astra. After providing an overview of the company’s existing Rocket 3.0, London outlined the service Astra would offer the Air Force.

“The system we’ve built today is capable of delivering about 25kg to a Sun-synchronous orbit, obviously more than that to a suborbital kind of trajectory that may be suitable for the challenge, but we believe that a relatively small payload probably limits the utility of this for many of the possible missions that Global Space Transport and Delivery may require,” London said. “And so we are proposing as part of this to introduce a new configuration and upgraded configuration to the rocket that will allow for more payload capacity and make it more useful for your missions envisioned under this challenge.”

It is notable here that London is saying that a version of the company’s existing rocket could be used to fly suborbital trajectories to rapidly deliver payloads to locations around the world. He then discusses a proposed upgrade to his company’s rocket.

“We want to extend the usability of our current Rocket 3.0 to increase the payload performance, and we’re calling this new configuration of the rocket Rocket 5.0,” London said. “It’s the same Rocket 3.0 first stage, same upper stage, and we take a version of the first stage and make it into a smaller second stage inserted between the two. And that actually has the capability of increasing our payload performance by almost four times.”

The new stage would use the same tank design and approaches, but with only a single engine, to make the new second stage. The modifications could be completed by as early as the first quarter of 2022, according to the presentation. 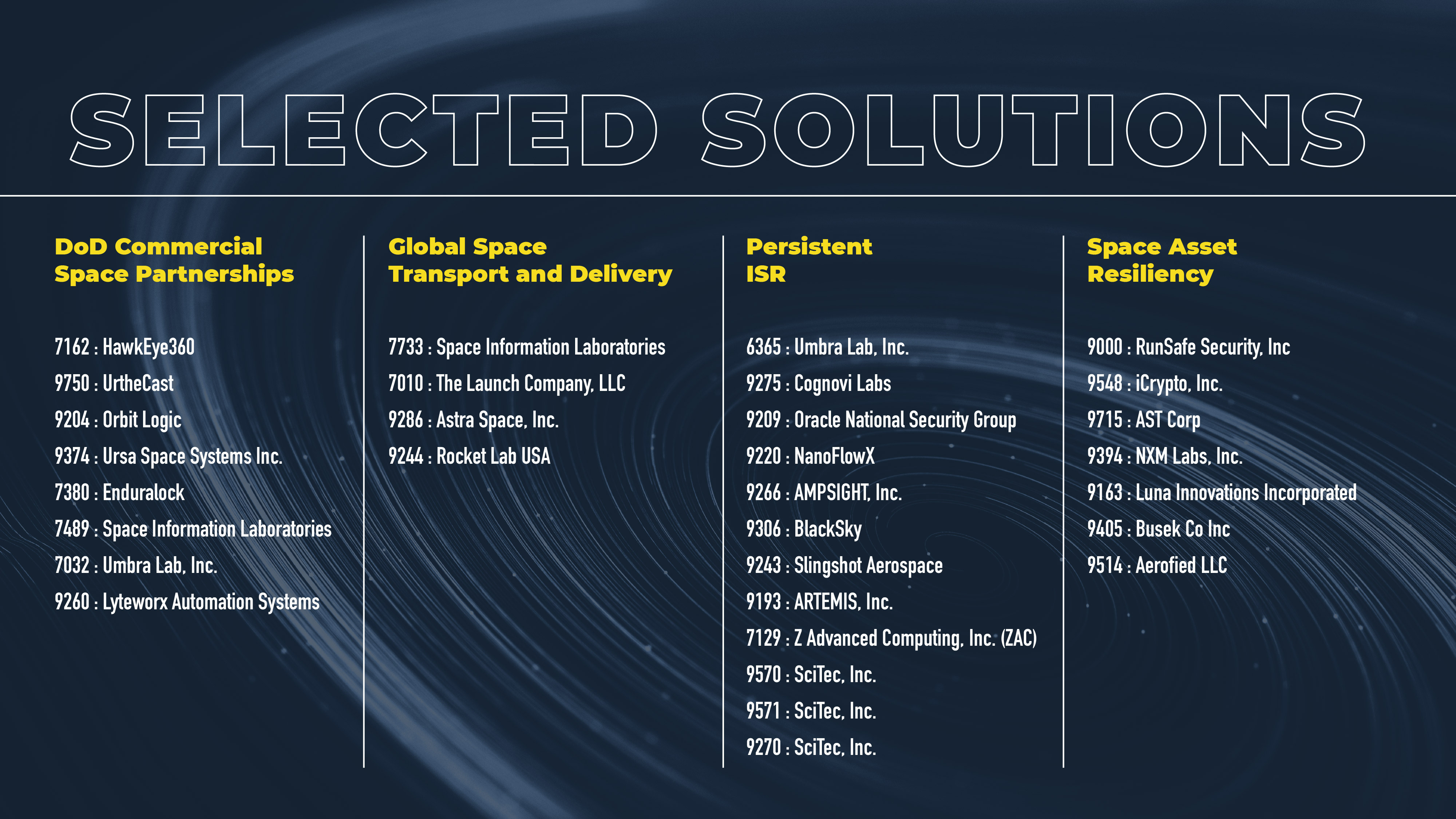 This pitch must have proved effective, because alongside three other companies—including Rocket Lab—Astra was a “selected solution” in the Global Space Transport and Delivery category.

What happens next is not entirely clear. During these meetings, the Air Force officials were deliberately vague in terms of how much support might be provided to companies to implement these solutions. However, one source familiar with the challenge speculated that a few hundred thousand to a few million dollars might be available to help companies with design studies and prototypes.

Is Google Helping End The Dominance Of .COM?