Banks Have Barely Touched the Fed's Main Street Lending Program. Except This One.

Most banks have steered clear of the Federal Reserve’s loan program designed to buoy midsize businesses. One Florida lender is diving in.

Miami-based City National Bank of Florida has embraced the Fed’s Main Street Lending Program, which made its first loan this summer. Of the 252 loans issued through the program in its first three months, City National made nearly 100 of them, extending loans of up to $50 million to companies in states as far away as California and Wyoming.

But otherwise the program, which lets banks make loans to businesses and then sell most of the loan to the Fed, has received a lukewarm reception at best. Fewer than 100 banks have used it, as of the end of September, issuing about $2 billion of loans in a $600 billion program. More than $500 million of that was through City National. None of the nation’s largest banks have made one of the loans.


said it is confident in its lending. “We’re in the risk management business,” City National Chief Executive

said in an interview. The program’s terms, he said, seem more than reasonable, and the bank has made the loans largely to existing customers.

Using the Main Street program leaves a bank with less additional debt on its books and free to make more loans to other borrowers. Banks also earn fees from borrowers for making the loans.

City National made an early decision to sign up for the program, translating the Fed’s lengthy details into easy guides for customers. Loan officers at the 30-branch bank talked to Fed staffers frequently over the summer.

The bank has grown aggressively since Mr. Gonzalez took the helm in 2009, its assets roughly tripling to almost $17.5 billion. It has expanded into new, growing markets in South and Central Florida and launched new businesses, including a nationwide equipment-finance subsidiary. It also bought a rival Florida bank in 2018 and is in the process of buying another.

remembers the exact date the clubs sold their last mojitos—March 16.

Before then, the company was bringing in about $50 million annually, more than enough to employ around 450 people and cover payments on mortgages of almost $50 million.

The loan means it can stay current on its mortgages in hopes of an eventual reopening. Still, Mr. Wallack has had to furlough most of his staff.

“Closing that loan was solvency for us,” Mr. Wallack said. “It bought us two more years.”

The Fed introduced the Main Street program to fill a gap in coronavirus relief, fitting between the Paycheck Protection Program for small businesses and a separate Fed program to buy debt issued by large corporations.

The Main Street Lending Program works like this: Businesses with revenue of up to $5 billion or fewer than 15,000 employees can apply for loans of at least $250,000 from participating banks. Banks can then, typically, sell 95% of the loan to the Fed, putting the central bank largely on the hook if the loan goes bad. Businesses have five years to repay the loans, and they can defer principal payments for the first two years.

The Fed is navigating tricky terrain. Some observers say the Fed risks becoming a dumping ground for bad loans. The program plunges the Fed directly into lending in ways the central bank has rarely ventured.

Other lawmakers and economists say the Fed could do more for the economy by making the program more generous—for example, by offering to buy 100% of each loan. 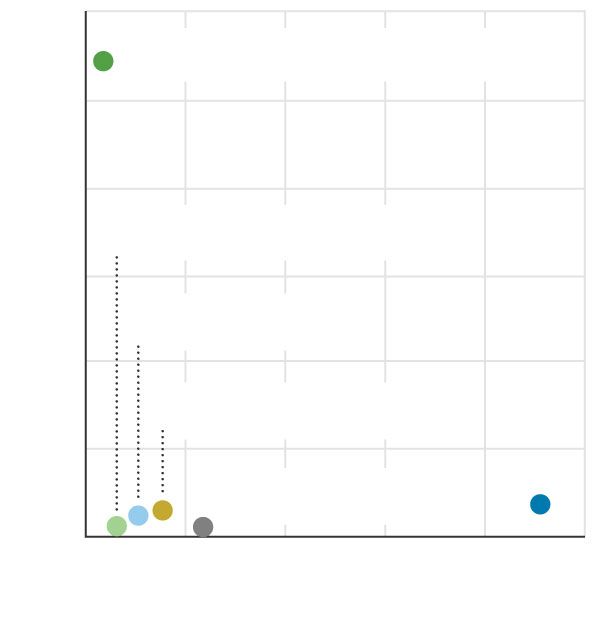 “Banks are unwilling to make loans generally to borrowers who aren’t creditworthy on their own terms…without a lot more of a subsidy than the Fed is proposing to provide,” said

Mango’s, like many companies that have received Main Street loans, also got a PPP loan earlier in the year. But PPP, unlike the Main Street program, attracted a wide swath of banks, including the biggest U.S. lenders. Many lenders said PPP wouldn’t be a net moneymaker, given its low interest rates and fees. But the government was willing to guarantee the full loans, largely protecting the banks against defaults.

With the Main Street program, lenders are signing up for some of the risk if a borrower can’t repay the loan.

Some businesses said the terms of the Main Street loans are too onerous. For example, they generally are prohibited from using Main Street loans to pay down certain kinds of debt, increase executive compensation or pay dividends. Unlike PPP loans, they aren’t forgivable.

Many of the businesses that have gotten loans through Main Street fit a narrow profile—strong credit and a clear path to reviving their operations, said

, director of the Committee on Capital Markets Regulation, a research group. Businesses on less-solid financial footing, which could benefit from it the most, are unlikely to get Main Street loans, he said.

Vista Bank in Texas has made Main Street loans to 15 businesses in the program’s first three months. But hundreds more have applied, said

, the bank’s chief of staff. Right now, the bank is limiting applications to in-state businesses and conserving its underwriting criteria.

Is the federal government doing enough to help businesses during the pandemic? Why or why not? Join the conversation below.

“We’re not going to extend a loan to someone not in the financial position to pay it back,” Mr. Craighead said.

Mr. Scott’s group has recommended changes, including 100% Fed responsibility for the loans and a fixed interest rate of 1%. Current rates hover around 3.2%.

The Fed has tinkered with the program since its rollout. But the central bank is unlikely to make any major changes and has done “basically all of the things that we can think of,” Fed Chairman

Write to Orla McCaffrey at orla.mccaffrey@wsj.com