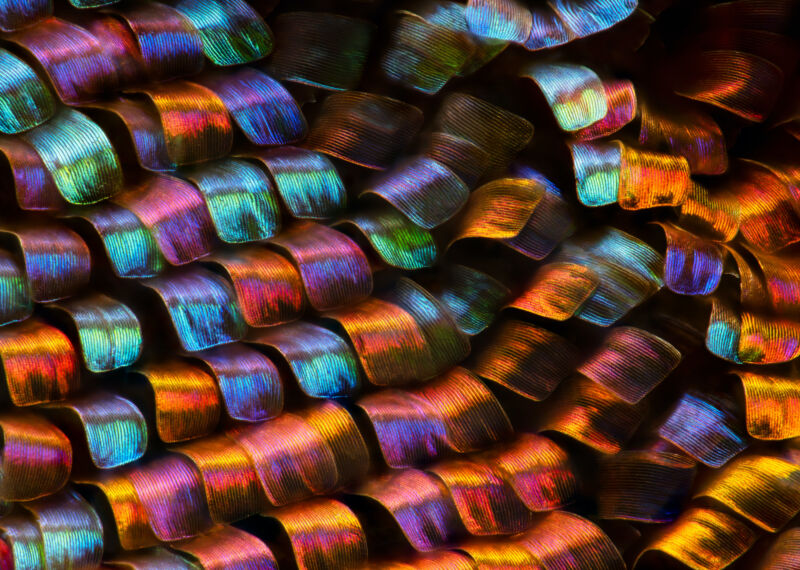 Enlarge / While this may look like a set of iridescent satin ribbons, it’s actually the scales on the wing of a butterfly.
Don Komarechka

I don’t know how many years I’ve been putting together image galleries of the Nikon Small World Microscopy contest, but it has been quite a few now, and it is hard not to feel like I’m repeating the same things when I introduce a selection of the images from it: that nature’s beauty isn’t limited to grand landscapes or charismatic megafauna. That serious science can co-exist with amazing aesthetics. That some of the best scientists also have an eye for the artistic and the desire to capture the worlds they study in compelling ways. That technology and software have revolutionized a technology—the microscope—that has been around for hundreds of years.

All of those things are still true, which is why I keep emphasizing them. But words are just a distraction from the pure artistry of this year’s contest winners. So I’ll shut up and let you enjoy them.

Doctors still evasive on Trump’s health as he leaves hospital