Named for legendary tennis player Bjorn Borg, it was all but a given that Bjorn Farrugia would pursue the sport. 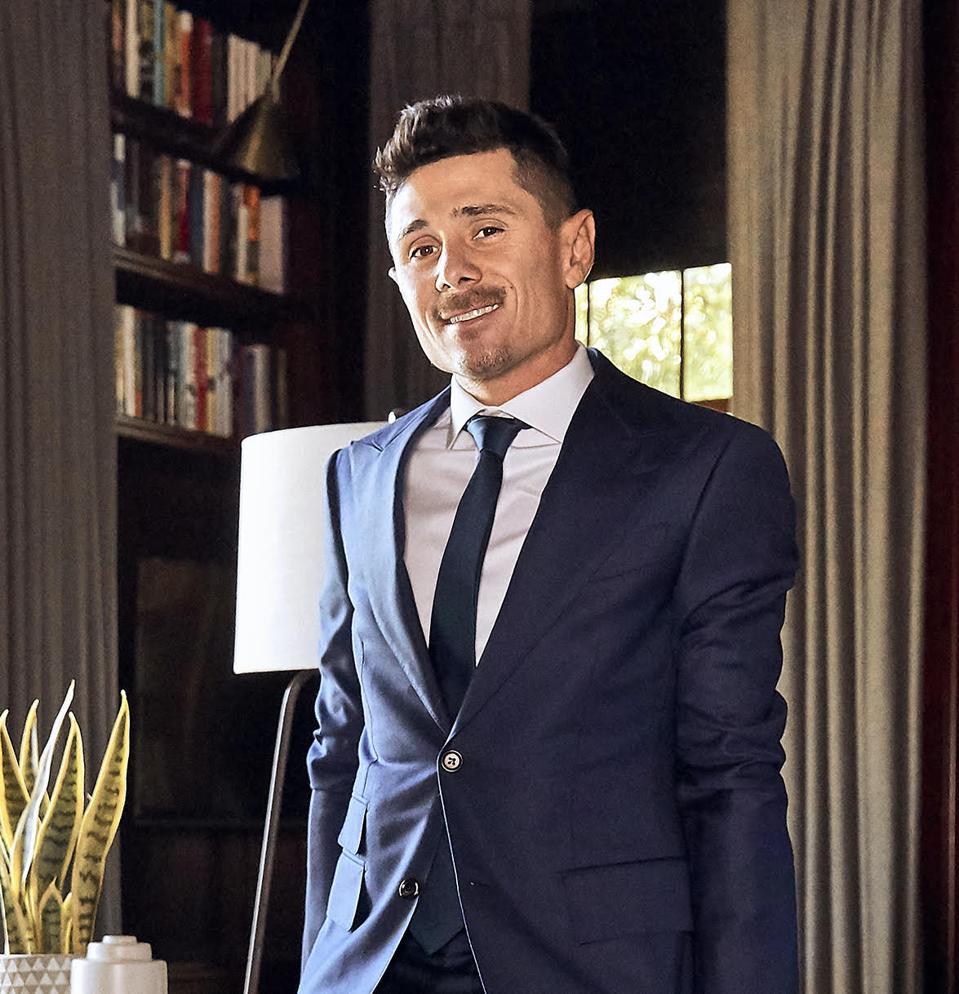 Rising through the amateur ranks, the Australia native took a leap of faith in the early 2000s when he moved to the United States after receiving a tennis scholarship. Two decades later, he’s put down the racket and used the life-lessons learned along the way to start four companies before diving headfirst into Los Angeles’ high-end real estate scene.

Among L.A’s top-producing agents last year, Farrugia credits much of his success to keeping himself accountable and working to always stay at the top of his game, whether its on the court or the Westside’s ultra-competitive market. He recently sat down to chat about his journey and striving to be, as he puts it, “the Roger Federer of real estate.” His comments have been edited for clarity.

NL: Tell me about your life before real estate?

BF: I grew up in Melbourne, Australia. I was always traveling around Australia playing tennis, and I wanted to be a tennis pro. I played collegiate college and got a scholarship to come to America — that’s ultimately why I came. Tennis has always been a big part of my life. I was 21 years old when I left home. 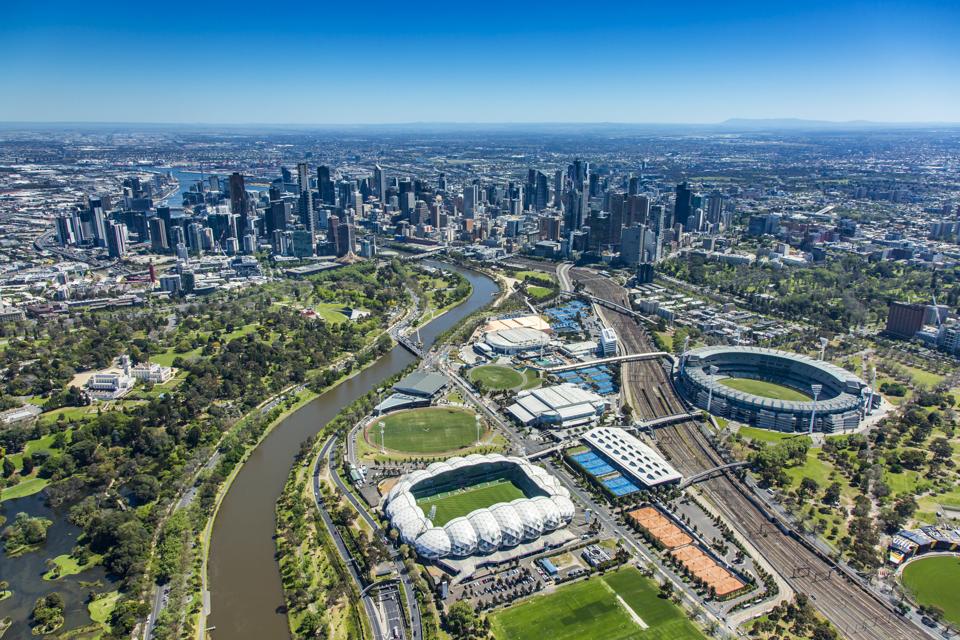 Originally from Melbourne, Australia, Farrugia moved to the U.S. roughly two decades ago after … [+] receiving a collegiate tennis scholarship.

NL: You had quite a journey to get here. How was the flight?

BF: Let me tell you, mate, it wasn’t a smooth road. I had never been on a plane before. The first plane I went on, I went to Georgia. To get there, I flew from Melbourne to Sydney, from Sydney to Japan, from Japan to L.A., from L.A. to Detroit and then finally from Detroit to Georgia. It was one of the most horrendous flights, but how would I know any better?

NL: Was moving to the U.S. a big adjustment for you?

BF: To leave everything behind like that was crazy. Going on a plane for the first time in your life, leaving your family and everything you know to travel to the other side of the world, to follow your dream, you really have to be self-sufficient. I never did dishes or used a washing machine before that. It really made me become me.

After Georgia, I moved to New York to work in finance, and that was another real test of resilience. New York is great in many ways but it’s also a place that will bury you. It’s not for everyone. The city that never sleeps, it sleeps. If you have no money, you’ll be sleeping a lot. It’s expensive as [expletive]. But it taught me how to make it. As Frank Sinatra said, if you can make it in New York, you can make it anywhere. I didn’t make a lot of money in New York, but I really cut my teeth there. 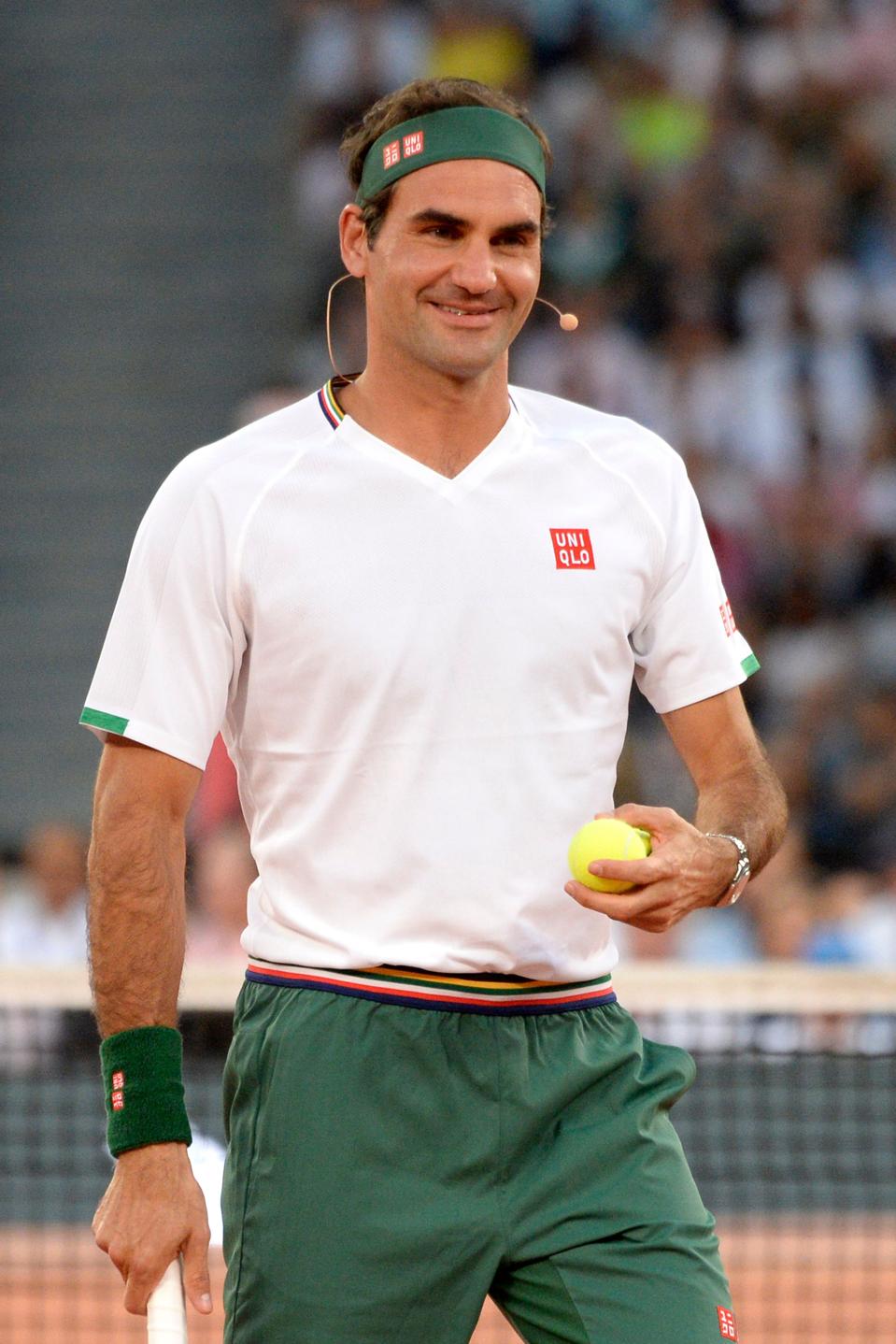 Switzerland’s Roger Federer reacts after a point against Spain’s Rafael Nadal and American … [+] philanthropist Bill Gates during their double’s tennis match at The Match in Africa at the Cape Town Stadium, in Cape Town.

NL: Being a former athlete, do you draw any parallels between sports and selling high-end homes in Los Angeles?

BF: On the tennis court, I can control what I do. I can’t really control my opponent; I can only give the best effort that I can give. That’s how I do my business — I’m always trying to be the best I can be. I always wanted to be like Roger Federer, and that’s nearly impossible. But if I can be the Roger Federer of real estate, that’s a good second place for me. It’s about a legacy — I want to leave my mark.

NL: What lessons did you learn from starting four companies?

BF: I like starting companies; it’s fun, but it’s hard. I like that kind of hustle mentality of fighting your way to the top, trying to get to the top. But when you get there, there’s a moment of ‘OK, I did it. What’s next?’. The great thing about real estate is that you have a contract with yourself, and you’re accountable for that. So, you are a direct result of the work you put into it. Whatever you do, is because of the effort you’re putting into it. The monetary part of it is a blessing, but it’s all about what you put into yourself.

NL: What hurdles did you face early on in your real estate career?

BF: When I first got into real estate in L.A., I worked for one larger company, and then I went to an architectural firm. I met Alphonso Lascano and we started working together as a team. We were one of the biggest teams at that firm, but when we’d go to talk to people, no one understood our company. They thought we were architects or attorneys, and Alphonso and I realized we needed a bigger brand. It taught me that even if you’re the best dentist or journalist or photographer or architect, if no one knows who you are, who cares.

NL: Tell me about working with your business partnership with Alphonso.

BF: Alphonso is great. We’re very different, like Yin and Yang or hot and cold. We are like-minded, but at the same time, his goals and my goals are very different, and they balance each other. Having a partnership is fun and invaluable. We complement each other in many ways.

NL: How did you both come to Hilton & Hyland?

BF: Hilton & Hyland just seemed like the right fit for us. If you want to sell properties for under $3 million, you can stay at some of these other brokerages, and that’s OK. If you’re going to get to the big leagues, Hilton & Hyland supersedes all in L.A. — it’s not even a contest. I love it here. 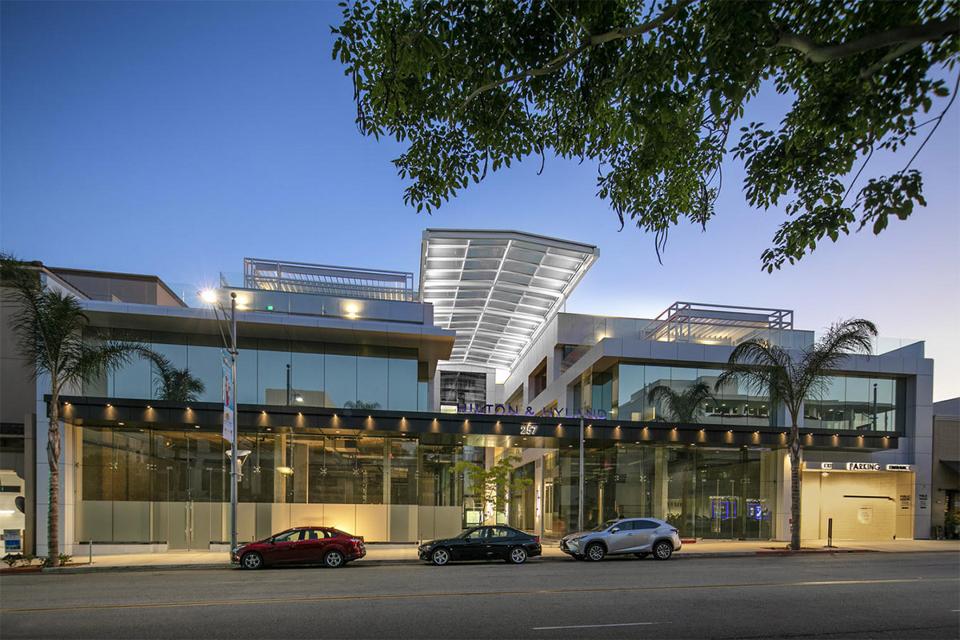 NL: Was it an easy transition moving into a more competitive landscape?

BF: Hilton & Hyland, they are tough, mate. They aren’t warm and fuzzy at the start. They are very protective of their people and their brand, and you really have to earn your stripes. It’s kind of like being a member of Wimbledon Racquet Club or Augusta National. I appreciate that more than anything now. In many ways, we are like a family. We only want the best.

NL: Besides your tennis heroes, what motivates you to be a better agent?

BF: I want to be like the Drew Fentons of the world. Anywhere you go, if you know high-end real estate, you’ve probably heard Drew’s name because he’s sold some of the most expensive real estate in the world. That’s how I want to be remembered.

NL: What advice would you give someone who wants to start selling luxury real estate?

BF: I would also say, when you’re just starting in real estate, you should work on a team. I think that’s key because most agents don’t survive the first the first 18 months. They might get a couple of deals from their friends and their family, and then they are left wondering, ‘Where am I going to get my next deal from?’. I think agents get short-sighted because they want all the commission when they start. If someone had called me when I first started [in real estate] and asked, ‘Hey, I want you to sell my $5-million house in Bel-Air,’ I wouldn’t have known what I was doing. Working on a team — so you can get some experience in deal-flow and how to communicate and negotiate — it’s invaluable knowledge that you can’t learn out of a book. That was a big part of my journey. When you’re starting in real estate, have a team, have a mentor.

NL: Selling luxury homes is highly competitive. Do you have any tips on how to continue to develop your business skills?

BF: Talk to people. Call all the big real estate agents and bother them until they agree to meet with you. Early on, I would call agents and ask if I could come to have a coffee with them. I would sit them down and say, ‘I want to understand real estate like you do.’ Not a lot of people do that. Maybe they’re scared or intimidated, I don’t know why, but it takes a particular person to call one of your peers like Jeff Hyland and ask, ‘How are you so successful’?

NL: Who did you track down for a coffee?

BF: [Laughs] Last year, I asked Drew Fenton if I could sit in the car and drive around with him all day. I just sat in the backseat and just spent the day listening to him and watching him and seeing how he does it. It was an invaluable experience, and you can’t really put a price on that. He’s a real pro.

Hilton & Hyland is an exclusive member of Forbes Global Properties, a consumer marketplace and membership network of elite brokerages selling the world’s most luxurious homes.