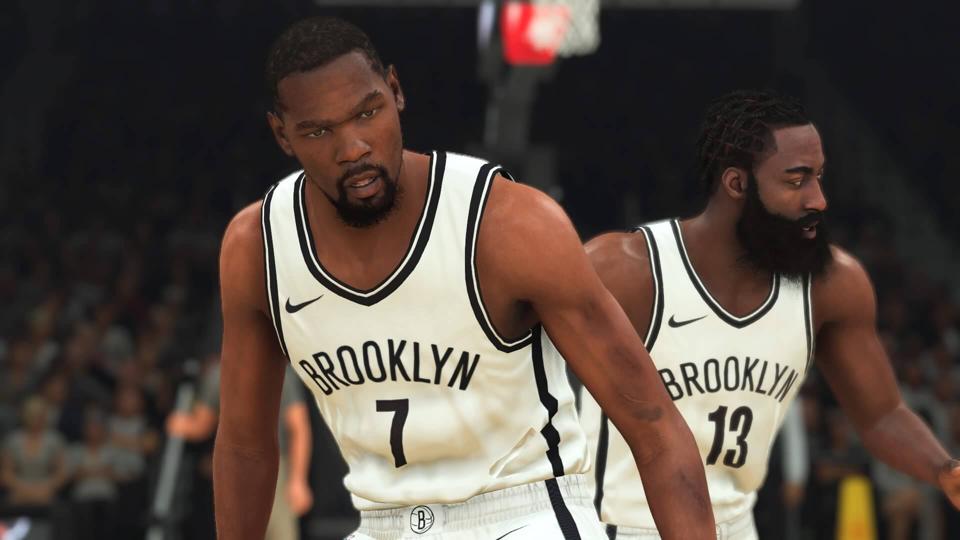 Chances are, it will be all over your TV or monitor if you play a lot of NBA 2K21 online.

NBA 2K21 gamers were already selecting the Brooklyn Nets at a relatively high clip in Play Now Online games, but that figures to take a huge spike over the next few weeks.

On Wednesday, the Houston Rockets reportedly agreed to a massive trade that will send disgruntled superstar and future Hall-of-Famer James Harden to the Brooklyn Nets in a four-team trade that also involved the Indiana Pacers and Cleveland Cavaliers.

Here is a breakdown of the entire trade per The Athletic’s Shams Charania:

The trade makes the Nets the only current team with three players rated a 90 or above. Currently, the Nets have Kevin Durant and now Harden rated a 96 overall and Kyrie Irving rated a 92. If you’re playing without current injuries on, Spencer Dinwiddie is rated an 83, and there is DeAndre Jordan at 79 and the sharpshooting Joe Harris at 78.

That, my friends, is what you call a monster NBA 2K team.

In NBA 2K, usually, the most desirable players have a solid combination of speed, dribbling, three-point shooting, and it’s an extra bonus if they can finish at the rim with dunks. Durant and Harden have the full package in 2K, and Irving is only missing the dunking ability.

Still, players can initiate offense with three different perimeter players, and that’s a luxury that no other team in the game provides. Whether you’re a Nets fan or not, that’s a fun bunch to control.

Right now, the Los Angeles Lakers are the most commonly selected team online, but something tells me that could change.

Whether this Nets team will come together in real life remains to be seen, but prepare to see a heavy dose of Brooklyn whenever you play PNO.