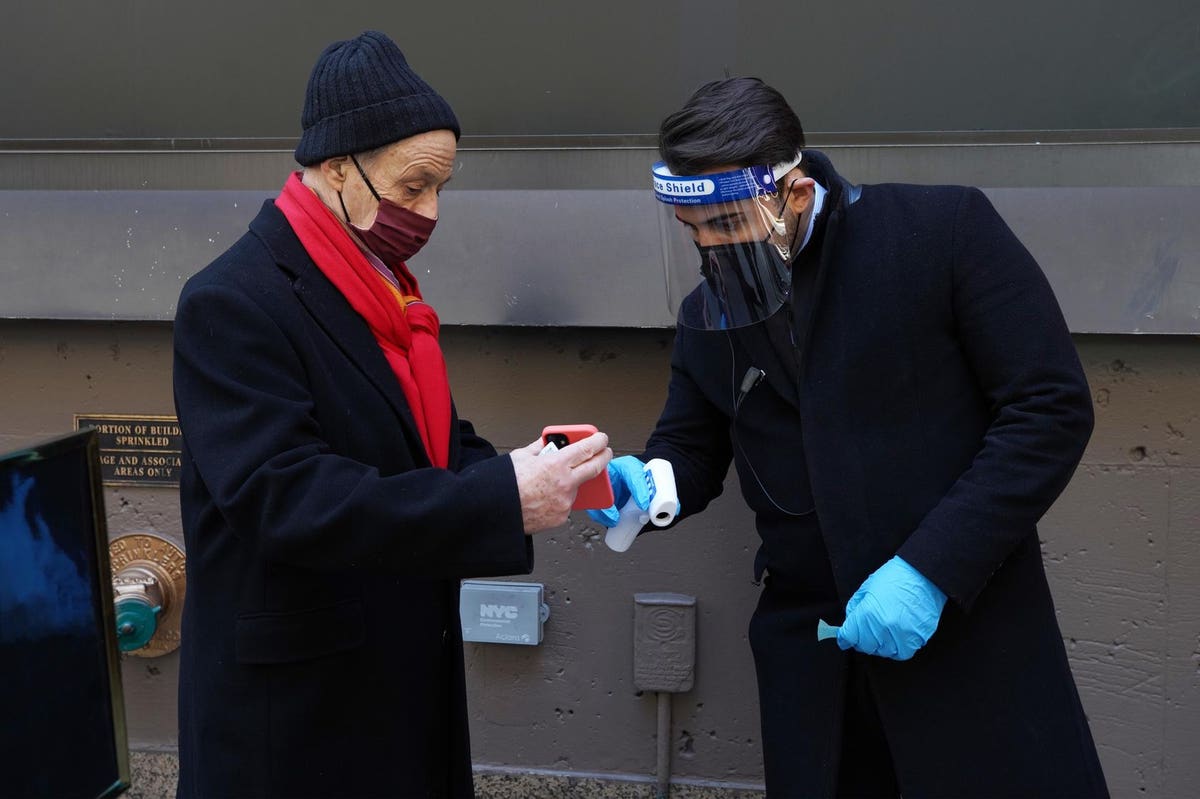 People should not throw away their shots or the proof of their shots.

As Broadway producers start making plans to reopen their shows following the COVID-19 pandemic, several leading doctors recommend requiring all theatergoers to provide proof of being vaccinated. Demanding documentation is “how you fill a Broadway theater,” insisted Dr. Jonathan Reiner, a former medical advisor to the White House under President George W. Bush.

Vaccinated people might not feel safe sitting next to unvaccinated people, and, because the Broadway industry has refused to change its business model, “theater companies will not make money unless all of the seats are filled,” the doctor explained. “The only way to do that is to have fully-vaccinated houses, and the only way to ensure that those folks are really vaccinated is to have some sort of legitimate evidence of that,” he said.

“I am totally for vaccine passports,” remarked Dr. Reiner.

Asking for proof upon arrival is “a great idea, and it would certainly make people more comfortable in returning to theaters,” echoed Dr. Howard Markel, the author of two books about epidemics. “If theater owners do not choose what is deemed the safest thing to protect their clients [and make sure that everyone attending their shows are fully vaccinated], then they might not be able to achieve full capacity,” added Dr. Tom Russo, the chair of the infectious disease department at the University of Buffalo’s Jacobs School of Medicine and Biomedical Sciences.

“If we’re going to end this nightmare, then what we need is information,” stated one musician. “Some people pose less risk than others, and, if people are making unsafe choices, then the rest of us deserve to know,” he asserted. “There’s no sense in blindfolding ourselves,” the musician said.

Legal experts believe that demanding people to present evidence of being vaccinated does not violate the law.

While there are some exceptions, government entities can force people to get vaccinated. School districts often require children to receive shots to stop them from getting polio or measles, and military members must get vaccinated against tetanus and the chicken pox.

In a 1905 case involving compulsory vaccination laws following a smallpox outbreak, Justice John Marshall Harlan declared that “[a] community has the right to protect itself against an epidemic of disease which threatens the safety of its members.”

The legal analysis gets a little trickier when private entities demand vaccinations.

Although many lawyers think that businesses like Broadway theaters can require vaccinations, “[i]f one’s religious beliefs are in conflict with obtaining a COVID-19 vaccine and a theater requires proof of vaccination for entry, such patrons, if prohibited from entry, may claim violation of the Civil Rights Act of 1964, which prohibits theaters and other public accommodation businesses from discriminating based on religion,” cautioned Ethan Krasnoo, an attorney who advises businesses on issues related to the virus. But, he predicted that “[s]uch claims are unlikely to be successful in court, as the theaters would be mandating vaccination records for all patrons regardless of their religion.”

In addition, the lawyer explained that Broadway “theaters are required to provide necessary accommodations to individuals with disabilities under the Americans with Disabilities Act of 1990, and will be forced to decide whether to waive a [vaccine requirement] for those individuals where the COVID-19 vaccinations may not be recommended on the basis of disabilities.” “Should public accommodation spaces [like Broadway theaters] not waive any such requirements, we would expect to see litigation regarding the matter,” he surmised. “However, in the absence of outright refusal or entry, theaters may be able to provide potential accommodations, such as rapid testing or mandated mask wearing for a limited subset of individuals with disabilities for whom vaccination is not recommended,” Krasnoo stated.

Yet, even though the practice can be lawful, there are several obstacles to putting it in place.

As with wearing masks, the so-called “vaccine passports” have become a political issue in recent months, and many conservative politicians oppose the measure. For example, government officials in Texas, Florida, Idaho, Montana, Utah, and Arizona have already banned local businesses from demanding customers to present proof of being vaccinated. “It’s completely unacceptable for either the government or the private sector to impose upon you the requirement that you show proof of vaccine to just simply be able to participate in normal society,” commented Florida Governor Ron DeSantis.

Some people have compared the requirement to the Nazi Party demanding papers from Jewish citizens in Germany, and Representative Marjorie Taylor Greene described each vaccination certificate as “Biden’s mark of the beast.”

“Just like it’s your choice to own a gun, … we should have the choice to pick what we want to do with our life,” argued one healthcare aide living in Massachusetts. Requiring proof of vaccinations will lead to “a restricted society,” she said, adding that, the people who are not vaccinated will be treated “like wearing the scarlet letter.”

Minority groups are expected to be among the last individuals to get vaccinated. Only about 11 percent of the vaccine doses in New York have been given to African-American individuals, for instance, and “[u]ntil we have had a chance to make sure everyone has the opportunity to be vaccinated if they so desire, it’s really challenging to erect barriers in society,” commented Allie Bohm, an attorney at the New York Civil Liberties Union.

In addition, although the government insists that it does not store or track any personal data, many individuals do not feel comfortable giving away their information. “I don’t think it’s necessary in any way to sacrifice the security of one’s personal information to achieve safety in public venues,” asserted New York State Senator Mike Martucci.

“Frankly, I consider it an intrusion of privacy,” admitted the artistic director of an experimental theatre in California. “To have people show a card to come into a little theater …, which is all about social justice and authentic, intimate voices?” she asked. “It feels very, very intrusive,” she said.

Yet, “this is how you fill restaurants, movie theaters, and Broadway theaters,” explained Dr. Reiner. “It’s a for-business initiative,” and “this is how we get our economy back on track,” he said.