Can Painful Complications Arise After A Covid-19 Nasal Swab Test? 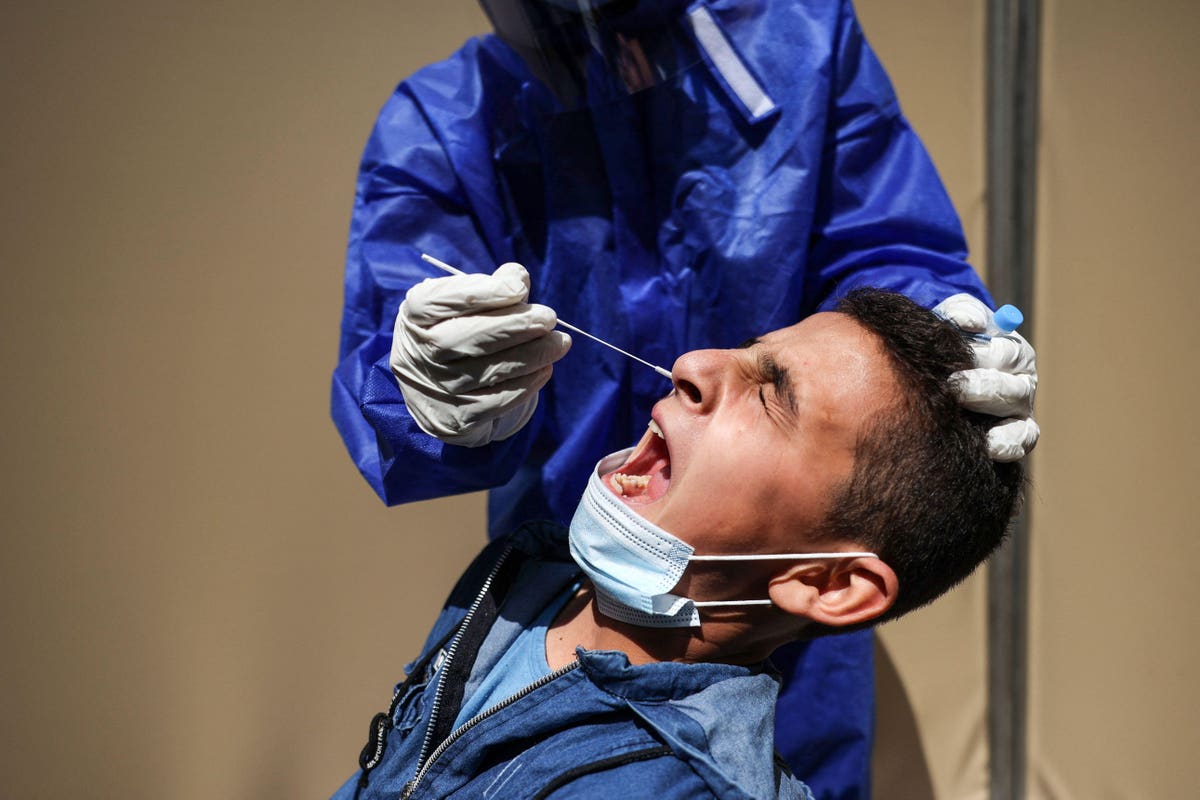 Timely and reliable testing is essential for controlling the COVID-19 pandemic. Nasal swab RT-PCR testing is most commonly used for diagnosing the air-borne disease, all thanks to its excellent specificity and sensitivity in detecting the SARS-CoV-2 virus within 48 hours.

While nasal sampling is safe, some doctors have clinically observed that after a swab test, there could be the possibility of severe complications such as a cerebral spinal fluid (CSF) leak in rare cases. But these cases have been far and few.

Doctors and researchers are still trying to figure out how often complications can arise following a nasal swab test. And what causes them?

In a new study published in the journal JAMA Otolaryngology–Head & Neck Surgery, a group of Finnish researchers from the Helsinki University Hospital and University of Helsinki, investigated the frequency and type of complications that have arose following a Covid-19 nasal swab test. Lead author Dr. Anni Koskinen, and colleagues’ findings emphasize the importance of adequately trained technicians who can perform nasal swabs for Covid-19 RT-PCR tests safely.

During the 7-month study period between March 1 and September 30, 2020, the researchers observed all patients who visited Helsinki University Hospital’s dedicated otorhinolaryngology emergency department. The researchers then screened the patients for complications after the Covid-19 nasal swab test.

They also got the number of Covid-19 tests performed in the hospital (1.6 million) during the same period from the Finnish Institute for Health and Welfare.

Around 6,43,284 Covid-19 RT-PCR tests were performed within seven months. Out of that, doctors treated only eight complication related visits in the emergency department. Seven of them were women, and one was male. They were between the ages of 14 years old to 78 years old.

Four of them experienced nasal bleeds after the Covid-19 nasal swab test. Another four rushed to the hospital immediately after the test with four broken swabs that got stuck in each of their nasal cavity, respectively. None of these eight patients tested positive for Covid-19.

That made the frequency of complications requiring treatment in the emergency department 1.24 per 100 000 performed SARS-CoV-2 tests. Out of these eight patients, one of them had previously undergone a rhino surgery or a nose job. Another was suffering from a nasal congestion at the time of the Covid-19 test. Whereas the others either had a hematological disorder, a cardiovascular disease, or were on anti-coagulant (blood thinners) medication.

The doctors removed the broken swabs via nasal endoscopy under local anesthesia. However, the treatment for nasal bleeds took longer. The patients required medication, many nasal packings — the placement of an intranasal device that applies pressure to the nasal septum locally — and surgical and endovascular procedures.

While this might sound scary, don’t shy away from getting a Covid-test done! The researchers concluded that the frequency of complications was extremely low in their study.

“All complications seemed to involve an incorrect sampling technique: excess use of force or an overly cranial direction (directed towards the brain) of the swab. While the patients who experienced broken swabs fared well, the patients with epistaxis (nasal bleeds) had rockier recuperations,” the researchers wrote.

“To avoid complications, correct sampling techniques are crucial. Sampling should always be performed bearing in mind the anatomical structures of the nasal cavity and its surroundings to ensure safe sampling and correct results. Force should never be used, especially in patients with known prior operations of the nose or skull base. The sampling swab should be directed along the nasal floor, not too laterally nor too cranially, until resistance is encountered,” the researchers concluded.