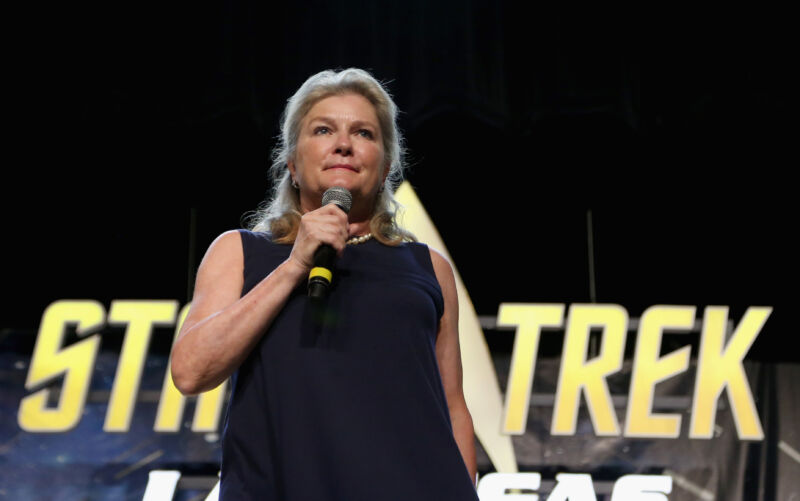 Mulgrew popped in to make made the surprise announcement during the end of a Star Trek panel at this year’s all-virtual New York Comic Con. “I have invested every scintilla of my being in Captain Janeway, and I can’t wait to endow her with nuance that I never did before,” Mulgrew said. “How thrilling to be able to introduce to these young minds an idea that has elevated the world for decades. To be at the helm again is going to be deeply gratifying in a new way for me.”

Executive producer Alex Kurtzman leveled a sideways blow at the sexism that dogged the first female Star Trek captain when she was cast in the 1990s, saying, “Captain Janeway was held to a different standard than her predecessors. She was asked to embody an inhuman level of perfection in order to be accepted as ‘good enough’ by the doubters, but showed them all what it means to be truly outstanding. We can think of no better captain to inspire the next generation of dreamers on Nickelodeon, than she.”

Mulgrew starred as Janeway in all seven seasons of Star Trek: Voyager, running from 1995 through 2001. Her most recent on-screen appearance in Star Trek was a cameo as Admiral Janeway in the 2002 film Star Trek: Nemesis.

Prodigy, the first modern* Star Trek series to be explicitly targeted to a young audience, will be coming to Nickelodeon at some point in 2021. According to ViacomCBS, the show “follows a group of lawless teens who discover a derelict Starfleet ship and use it to search for adventure, meaning, and salvation.”

The computer-animated series will be the fourth spin-off Star Trek series to follow the launch of Star Trek: Discovery, joining Picard, Lower Decks, and the still in-production Strange New Worlds.

*Star Trek: The Animated Series ran as a Saturday morning cartoon in 1973 and 1974; all Treks since then have been aimed more-or-less at grown-ups. Including Lower Decks, which only tries to reach our inner 12-year-old selves, rather than literal children.