Eli Broad, who amassed a multi-billion-dollar fortune from his home-building and insurance businesses, and used his wealth to fund cultural improvements throughout his adopted hometown of Los Angeles, died Friday at age 87.

A spokeswoman for the Eli and Edythe Broad Foundation confirmed his passing to the New York Times Friday evening, which she said came after a long illness.

Broad was born in New York in 1933. The only child of Jewish immigrants from Lithuania, his family moved to Detroit in 1940, where his father painted houses and ran five-and-dime stores. While attending high school and college, Broad worked odd jobs, including selling ladies’ shoes operating a drill-press at the Packard Motor Company. After graduating from Michigan State University in 1954, he married Edythe Lawson and took a job as an accountant, earning less than $68 a week. A few years later, he borrowed $12,500 from Edythe’s patents to start a home construction company in Detroit that’s now known as KB Home. “If you play it safe all of the time, you don’t get very far,” Broad later said. After growing that business into a nationwide success, he began focusing on the insurance industry, purchasing Sun Life Insurance. In 1998, Broad made more than $3 billion when American International Group acquired the company for $18 billion. After retiring, Broad “turned full-time to philanthropy.”

$6.9 billion. That was Broad’s net worth as of Friday, according to Forbes.

In total, the Broads’ two foundations, the Broad Art Foundation and the Eli and Edythe Broad Foundation, which supports medical research, public education, have issued over $4 billion in grants. In 2008, Broad gave the Los Angeles Museum of Contemporary Art a $30 million grant to bail it out of a financial crisis. He also gave $50 million to the Los Angeles County Museum of Art and helped finance the Walt Disney Concert Hall. In 2015, he opened his own art museum, called The Broad, which holds more than 2,000 contemporary art pieces from his personal collection.

In 2019, Broad wrote an op-ed in the New York Times entitled: “I’m in the 1 Percent. Please, Raise My Taxes.” In the piece, Broad explained, “it’s time for those of us with great wealth to commit to reducing income inequality, starting with the demand to be taxed at a higher rate than everyone else.”

“Let’s admit out loud what we all know to be true: A wealth tax can start to address the economic inequality eroding the soul of our country’s strength,” Broad wrote in his NYT op-ed. “I can afford to pay more, and I know others can too.”

The Art of the Billionaire (New Yorker)

Climate Leaders Are Aligning To Net-Zero: What Does This Commitment Mean? 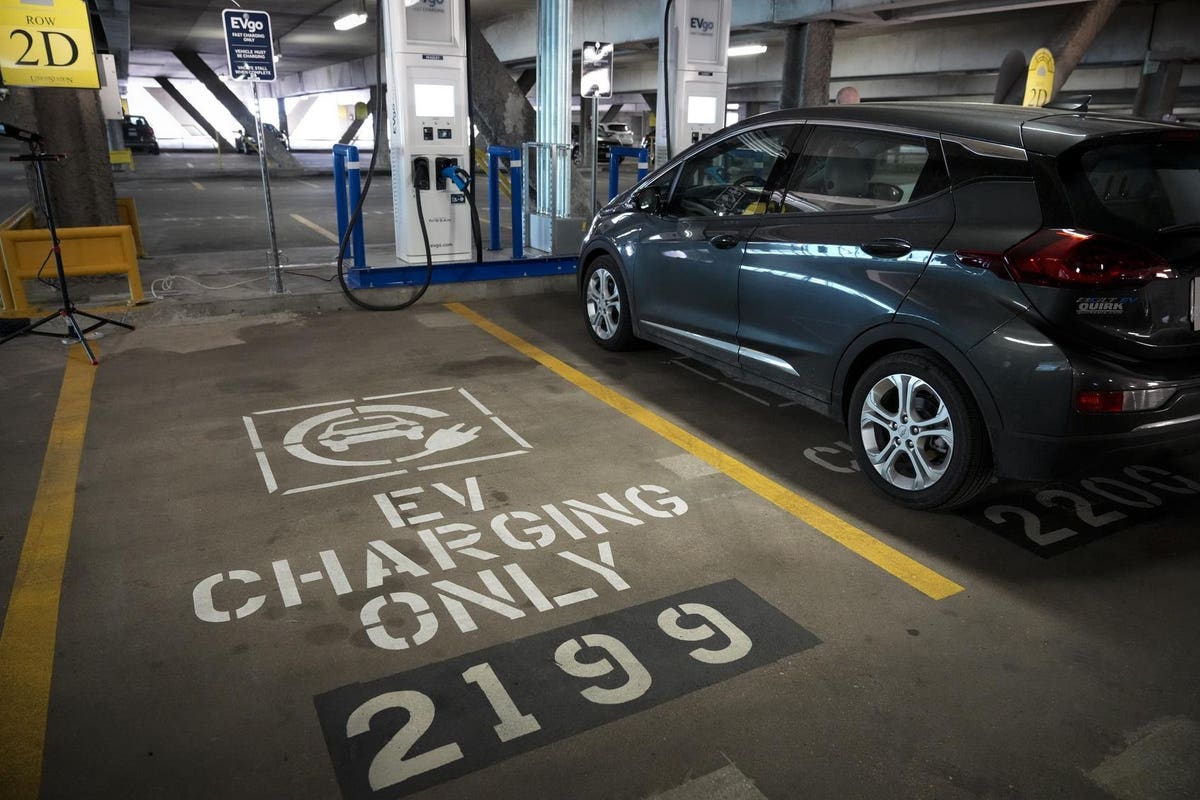 Net-zero climate commitments are all the rage. Former Bank of England Governor Mark Carney recently led the launch of the Glasgow Finance Alliance for Net Zero (GFANZ). The UN-convened Net-Zero Banking Alliance (NZBA) announced net-zero commitments from 43 global banks. At President Biden’s climate leaders’ summit, numerous countries were pressed about their paths to net-zero. The emergence of net-zero as a climate goal is a positive development that is based on the latest climate science. However, understanding the challenges behind the “net” in net-zero is critical for meaningful climate action.

In 2018, the UN’s Intergovernmental Panel on Climate Change (IPCC) issued an alarming report. The planet had warmed about 1°C above pre-industrial temperatures, and impacts were already being felt in “more extreme weather, rising sea levels and diminishing Arctic sea ice.” The report explored the impacts of further warming on societies, ecosystems, and the Earth overall. Their conclusion was sobering: “every extra bit of warming matters…warming of 1.5°C or higher increases the risk associated with long-lasting or irreversible changes.” The research indicated that planetary systems could be highly sensitive to small changes in temperature. As a result, keeping temperature rise below 1.5°C became a critical goal in limiting the worst impacts of climate change.

However, the world currently emits around 36 billion tons of carbon dioxide each year (2020 emissions were lower due to the COVID-19 crisis). Since the industrial revolution, human activities have raised atmospheric carbon dioxide levels by 50%. These rising carbon dioxide levels (and the production of other greenhouse gases) has raised temperatures at an unprecedented rate. While some greenhouse gases are relatively short-lived in the atmosphere, most carbon dioxide remains in the atmosphere for centuries or longer. Thus, cumulative emissions can determine future temperatures. As a result, there is a very limited carbon budget to hold warming below 1.5 °C. Estimates of the remaining budget range from 6 to 11 years at today’s emissions levels. These emissions are wholly incompatible with global climate goals. As a result, the world needs undergo rapid emissions reductions to remain within its carbon budget. The IPCC stated that a 1.5 °C-aligned path will require anthropogenic carbon dioxide emissions to fall by about 45 percent from 2010 levels by 2030 and to reach “net zero” around 2050.

Reducing emissions so far and fast demands major changes across nearly all economic sectors. Unfortunately, some industries may be technically difficult or expensive to decarbonize. A few examples include aviation, shipping, and building materials (namely concrete). Given the challenge in decarbonization, these industries may continue producing emissions even after 2050. However, their emissions can be offset by activities that actively remove carbon dioxide from the atmosphere. These activities may be natural solutions like reforestation or technological ones like carbon capture and sequestration (CCS). The key is that carbon dioxide emissions produced in 2050 are balanced by equivalent carbon dioxide removal, hence the “net” in net-zero.

While the mathematics of net-zero are sound, the application of offsets and negative emissions technologies has been more complicated in practice. Some carbon offset schemes have suffered from credibility issues. In certain cases, offset credits were given for projects that would have been completed anyway, a form of double counting. Others may plant saplings but claim credit for the potential emissions reductions of a mature forest, which may take decades to capture the emitted carbon dioxide. Most worryingly, in some projects indigenous people have been forcibly removed from land that has been designated for carbon offsets. These concerns mean that independent verification of offset project practices is crucial if they are to play a significant role in achieving net-zero.

Negative emissions technologies also have drawbacks. Carbon capture has long been touted by coal and gas power plant operators, but the economics have proven difficult. With solar and wind power plunging in cost, it is increasingly cheaper and easier to simply shift to non-emitting energy sources. Bioenergy with carbon capture and storage (BECCS) and direct air capture (DAC) have the potential to reduce carbon dioxide and offset residual emissions. However, these technologies are largely untested at scale. In the case of bioenergy, fuel crops can compete for land with food crops, an issue exemplified by problematic ethanol production policies. For direct air capture, the technology is still massively expensive and only operational at a few demonstration sites. Negative emissions technology may help address the climate challenge, but its uncertainties should be acknowledged in any net-zero plan.

Net-zero represents a global goal. Governments, businesses, and societies must commit to reduce emissions. Based on the best climate scenario models, net-zero by 2050 represents the best way to manage the transition to a low-carbon future while minimizing the climate risks faced. However, the “net” component of the commitment is rife with uncertainties about sector decarbonization behavior and negative emissions technologies. Leaders striving towards collective climate goals should carefully consider the assumptions in the net-zero pathway they choose.