Chief Product Officer As A Champion For Transparency 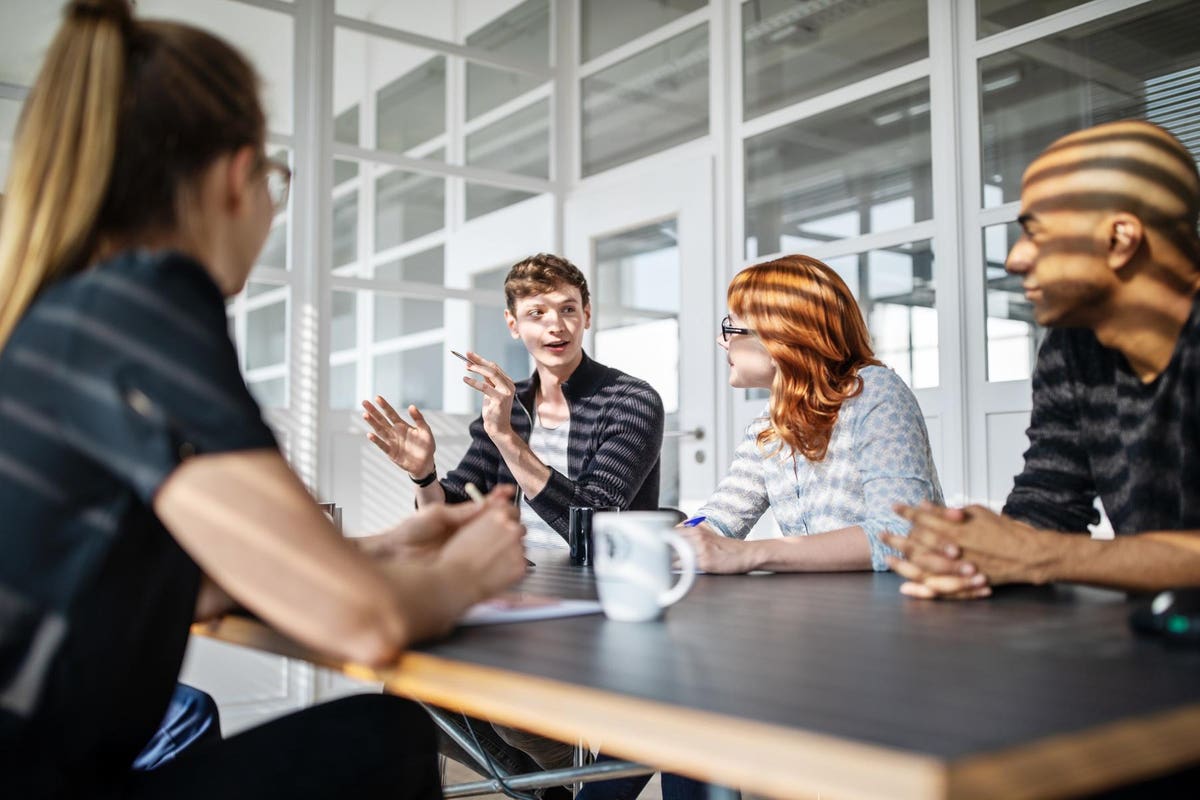 I recently had one of those moments that seemed almost surreal.

I was leading a meeting, and my team was going over some accomplishments from the past month. They were diving into details regarding upcoming technical challenges and celebrating contributions from the team and various stakeholders. We were getting helpful business context from the product management team, the CIO and members of his team were commenting on how this tied into their projects, and the COO was elaborating on the value it would add to the business. Intermixed with all of this was a smooth, collegiate interaction between the technical team and the CEO.

There were two things that struck me about this moment — first, I wasn’t dreaming, and this was actually happening, and second, this was a normal “Friday” meeting and was not at all remarkable because they happen about six times every month.

I’ve been leading technical teams for a long time. I’ve worked in startups, corporations and giant software vendors. In each of these businesses, there was an openly stated desire for “transparency.” Yet in all of them, there was more of an emphasis on siloed production of “reports” and “readouts” than establishing a deeper communication and understanding between the teams. The concept of having members of the C-suite participating, even passively, in a recurring engineering discussion would be labeled as absurd.

Honestly, when I came to my current company four years ago, I would have considered it absurd as well. And for the first few months, I handled my CTO role following the traditional siloed approach that I’d seen elsewhere. But I noticed that within the constraints of traditional readouts and operational reviews, it really wasn’t an effective way to convey the context for a technology-focused company. Those reporting mechanisms place each leader into a narrower focus on their function and made it difficult to absorb the information my team and I provided. What struck me was that you can’t get transparency by seeing summaries of summaries. So, I decided to try something a bit different.

I decided I didn’t need a sophisticated communication plan to provide valuable transparency. Instead, I could simply open up some of the communication forums I was already using within my team. I invited the C-suite to my weekly update meetings with my team — and they came.

I have a sizable organization, and to keep abreast of the working details, I set aside an hour each Friday to review one aspect of the R&D function in detail. Since my team is made up of a handful of different functional areas, we set them on a rotation that highlights each area once a month.

These meetings focus on the team’s recent accomplishments, upcoming activities and deliverables, any possible risks and finishes with a celebration of the team member’s contribution, work anniversaries and other significant events. The focus started out and still is to keep me (the CPO) informed. That means that we dive deep into technical discussions where necessary and we look at a lot of metrics for trends. No sugar-coating is allowed, and my team knows that when I ask for their opinion, I don’t want it colored with what they think I want to hear. The concept of having other executives attend was no doubt a bit stressful for the R&D team leaders for the first few rounds. But over the coming months, they found that what was expected of them never really changed.

One Hour A Week

C-level executives probably have the most overbooked schedules of any role in an organization. Asking them to give up an hour a week so that they can have a better understanding of your function seems like a massive imposition. I was blessed that my executive team was open to giving it a try and was openly looking at it as an opportunity to improve the business. And I was surprised when they asked to have key people on their teams attend as well.

Since we started this approach in September 2018, we have seen consistent feedback from the executives, R&D team and other stakeholders about how valuable these sessions are to them and that this ultimately is saving a great deal of their time by eliminating problems caused by missed communications or misaligned expectations. As a bonus, the interaction between the executives and the team members has helped drive a more trusting and open culture.

The approach I took could possibly work within your organization, as well. Here are a few lessons I’ve learned as we have evolved into this highly transparent organization:

• Invite the executives to participate — emphasize that participation is optional but appreciated.

• Resist the urge to turn your team meetings into executive meetings.

• Encourage your team to call out areas where attending executives can provide assistance.

• Set the tone of the meeting in the way that you interact both with the R&D team and the executives.

• Keep the meeting focused on delivering what you need from the team.

The results have been dramatic, and I cannot imagine not doing this anywhere I might go. As it is, I get to enjoy that interplay between the C-suite, engineers and a host of stakeholders for one hour every Friday. But even that is evolving. The organization has seen so much value in these forums that we’ve added some additional team focus areas, which caused us to expand the rotation to cover every Friday of the month and every second and fourth Thursday.

As a technical leader, a large part of your job is to make sure that the business is getting maximum value from what your team can produce. Establishing a level of true transparency can be a powerful tool in helping you establish a deeper context of the business of a technology organization for the entire team. For me, this approach required little change in the way I normally do things and leveraged a medium I needed anyway. Win-win.

Forbes Technology Council is an invitation-only community for world-class CIOs, CTOs and technology executives. Do I qualify?