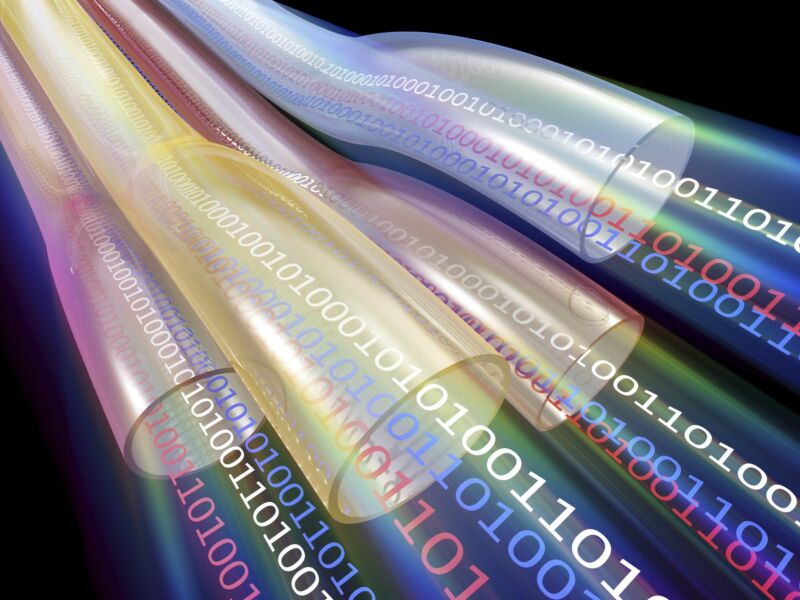 Comcast’s cable Internet still has a heavy emphasis on download speeds, as even its gigabit-download service only comes with 35Mbps uploads. But that may not be the case forever, as today Comcast announced a “technical milestone” that can deliver gigabit-plus download and upload speeds over existing cable wires.

Specifically, Comcast said it conducted “a trial delivering 1.25Gbps upload and download speeds over a live production network using Network Function Virtualization (NFV) combined with the latest DOCSIS Technology.” Comcast installed the service at a home in Jacksonville, Florida, where “the technology team consistently measured speeds of 1.25 Gbps upload and 1.25Gbps download over the connection.”

The speeds were delivered over a hybrid fiber-cable network, with the coaxial cable providing the final connection into the home. That’s nothing new as Comcast has been using both fiber and cable for years, but Comcast said the trial benefitted from the company’s “ongoing effort to extend fiber further into neighborhoods.” Normally, symmetrical gigabit speeds require a fiber-to-the-home connection. But many more homes have cable than fiber, so a symmetrical gigabit technology could be deployed faster if it doesn’t require bringing fiber all the way to each building.

Comcast, the nation’s largest broadband provider, did not say when (or whether) a symmetrical 1.25Gbps service will go on sale. For now, more testing is required. “In the coming weeks, Comcast will expand the trial to more homes as we continue to test the performance of the service under multiple different home and network environments,” the company said.

Symmetrical upload and download speeds on cable networks are possible because of updates to DOCSIS (Duplex Data Over Cable Service Interface Specification), the cable-industry standard. These kinds of upgrades take years to reach customers, though. A “full duplex” version of DOCSIS that supports download and upload speeds of 10Gbps was finalized in October 2017, and a version supporting 10Gbps downloads and 1Gbps uploads was released in 2013.

Comcast does already provide multi-gigabit downloads and uploads through its fiber-to-the-home service, but the all-fiber network does not extend across the company’s entire cable service area. Comcast introduced a symmetrical 2Gbps all-fiber service in 2015 for $300 a month and up to $1,000 in startup fees.

Comcast in 2018 said its 2Gbps service was available to 18 million homes, but we couldn’t find any offers for the 2Gbps service on Comcast’s website today. Comcast’s gigabit webpage says you have to call the company to ask about getting multi-gigabit speeds.

Six Russians accused of the world’s most destructive hacks indicted