Do Social Media Companies Have The Right To Silence The Masses – And Is This Censoring The Government? 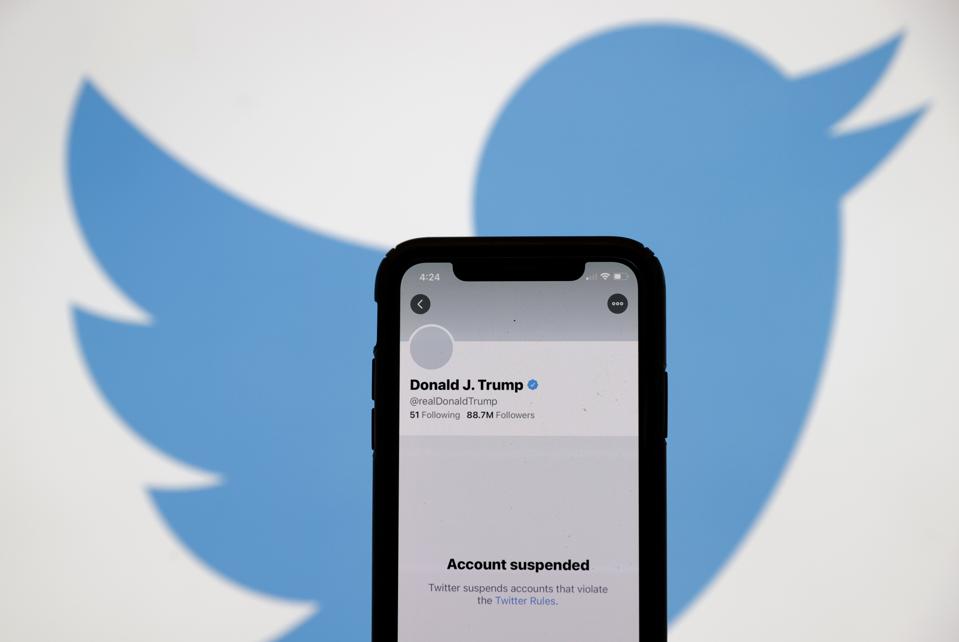 Last week, Twitter permanently suspended President Donald Trump’s account – and over the weekend quickly shut down the President’s attempts to jump to alternate accounts including the official POTUS account. The president also faced a ban from social media giant Facebook.

And it wasn’t just President Trump who was in essence silenced, as over the weekend, Amazon shut down the web servers to Parler, the Twitter alternative that had attracted a large conservative following.

On Monday, it was reported that Parler has sued Amazon Web Services and in a statement the company claimed, “AWS’s decision to effectively terminate Parler’s account is apparently motivated by political animus. AWS is violating Section 1 of the Sherman Antitrust Act in combination with Defendant Twitter. AWS is also breaching it[s] contract with Parler, which requires AWS to provide Parler with a thirty-day notice before terminating service, rather than the less than thirty-hour notice AWS actually provided. Finally, AWS is committing intentional interference with prospective economic advantage given the millions of users expected to sign up in the near future.”

While it is unclear what will happen next, it seems that at this point President Trump and his supporters have largely been silenced.

Twitter’s suspension of Trump, and the shuttering of Parler are just the latest issues that highlight the very deep divide plaguing our country and it is unlikely to change soon.

“Internet censorship is an incredibly divisive topic right now,” said Claire Cole, creative partner at Gamblers Pick, which recently conducted a study that found that a significant number of Americans felt that social media companies may have a moral obligation to censor content.

With Antitrust Lawsuits Looming, Should You Invest In Facebook Stock In 2021?

#StopTheSteal Trending On Twitter – Can The Nation Heal If We’re This Divided?

“Our study found that more than one in four people believe there should be more censorship on the Internet, while nearly one in three believe there should be less censorship,” added Cole. “But despite varying opinions, a majority of people are in agreement that social media platforms should have the right to censor content within their platform(s).”

At issue is what type of content is being discussed, as posts encouraging or inciting violence was the second biggest concern among respondents, with 60% believing it should be censored from the Internet.

“Similarly, 59% of people believe certain content should be banned in order to stop the spread of misinformation,” added Cole.

One significant issue is that social media is still very much an evolving platform. Twitter began really as a tool that allowed those in social circles to essentially “shout out” to one another, but it has increasingly become a broadcast platform to reach the masses.

In the case of President Trump it has been used at times as his primary way to reach his supporters. While there is no denying that the President has posted information that is far from truthful, the issue is whether that actually warrants his being silenced.

“The original Internet was based on the premise that, if you don’t like, don’t look,” explained technology industry consultant Lon Safko, author of The Social Media Bible. “For the 25 years the Internet has been available, all us early adopters to the Internet have always been chocked and pleased that for one-quarter of a century, our government has not got involved, hasn’t interfered with, and hasn’t imposed regulations on the Internet. The only time we saw our government make a historical intervention was charging tax on Internet purchases. Few remember when anything you purchased on the Internet did not include state sales tax.”

As most experts agree, this isn’t exactly a censorship issue because the government isn’t trying to silence a news organization or otherwise stifle any First Amendment rights, but it could be argued that this is the first time the government has been essentially silenced by the media.

“(The social media platforms) have overwhelmingly censored Trump and his administration,” added Safko. “Any form of censorship, any form, is unacceptable. Social platform such as Facebook, whose primary business is open communication between its over 2.7 billion members, have a moral and legal responsibility to allow those conversations to transpire, organically. All conversations, all sides of that conversation. And, if the viewer disagrees or is offended by that conversation, then it is their right to simply close the window and walk away.”

What is remarkable added Safko is that this has been widely supported – whereas if the government (on either side of the aisle) to shut down such forms of communication it would be a major issue.

“For Facebook, Google, Apple, Twitter and others to deliberately censor, manipulate, and influence an entire U.S. Election to attain their own personal political objectives is not only criminal, but a form of treason. It is clearly stated in the U.S. Constitution. They should be held accountable,” he added.

“Once again, as a purveyor of information that reaches billions of people on a global scale, those social platforms have a moral and legal responsibility to deliver that information clearly, organically, and without political censorship,” noted Safko. “Whatever administration is inaugurated on January 20th, this must become a top national priority. If it doesn’t become a priority, then we the people must demand the answer as to why that administration is choosing to ignore treason within our borders.”