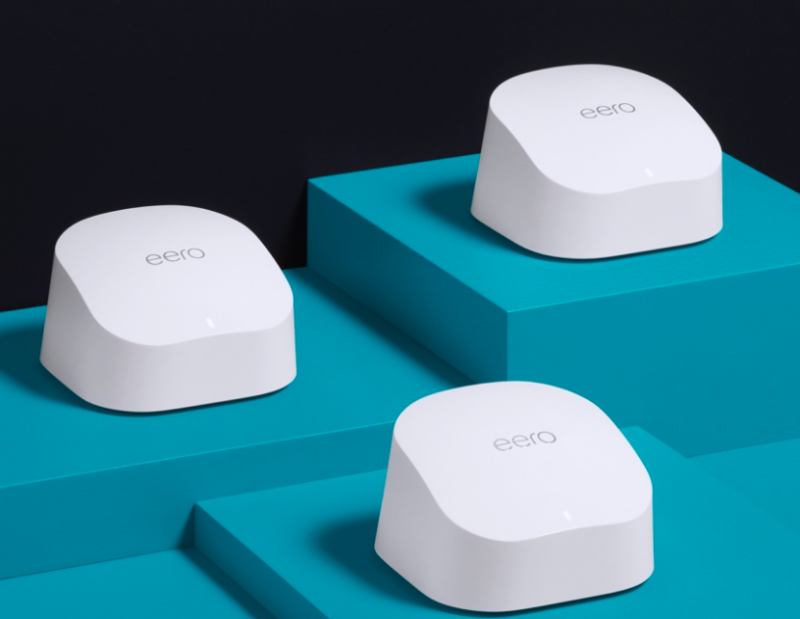 Enlarge / A trio of Wi-Fi 6 Eero Pro devices like these should provide excellent Wi-Fi coverage and performance for nearly any home.
Eero

This Tuesday, Eero—one of the first and most popular Wi-Fi-mesh providers—announced a new hardware and software program which targets ISPs rather than retail customers. Ars spoke about the new program at length with Nick Weaver, Eero founder and CEO, and Mark Sieglock, Eero’s GM of Software Services.

The short version of Eero for Service Providers is simple: deploy new Eero 6 series hardware, let your customers self-install using a co-branded app with the ISP’s own name on it, and provide the ISP with Eero Insight, a dashboard allowing them to view metrics from the entire fleet-level down to individual households. The telemetry exposed to the ISP includes outages, speed-test data, client network topology, RF diagnostics, and more.

Weaver told us that the vanilla Eero Insight dashboard itself wasn’t the whole story, though. The metrics, charts, and graphs the dashboard exposes can also be accessed via API, allowing larger providers to seamlessly integrate the data into their own, existing dashboards.

In addition to the Eero hardware itself—which tends to be some of the best-quality consumer Wi-Fi mesh available—Weaver stressed that ISPs deploying Eero are also offering consumers Eero Secure, a filtering service which mitigates some malware risks as well as offering client-configurable parental control to Eero-equipped homes. Although the Eero Insight program is new, Eero partnerships with ISPs is not, and the company says that partner ISPs deploying Eero Secure have seen customer retention increases of up to 40 percent.

There’s an obvious comparison to be made here with Wi-Fi-mesh competitor Plume, which also has a history of market-leading performance and deep ISP integration. According to Weaver, the two companies have tackled the market from opposite directions—Eero was initially aimed directly at consumers and only came to ISPs after its retail success, while Plume largely treated retail sales as a stepping stone to the ISP market.

There are significant differences to the two companies’ integration efforts, which may stem directly from the differences in their original market plans. Although Eero seems to be catching up to Plume in terms of the data made available to its ISP partners, it still lags behind in hardware integration. While both companies offer data via API, Plume has created easy-to-integrate OpenSync firmware stubs which allow partner ISPs to effectively turn their existing modems and routers into “Plume devices” themselves.

This means that a Plume ISP deployment can consist of one ISP gateway device plus two Superpods, for a total of three working Wi-Fi access points—where a similar Eero setup would be only two pieces, since the gateway device’s radio would generally be disabled.

Eero’s Weaver points out that as long as the ISP’s gateway device uses the same SSID and password as the Eero nodes do, everything will “just work” well enough for most intents. This is true, but it sidesteps the increased difficulty in configuration and destroys the single-pane-of-glass model that Eero Insight otherwise provides—client devices connected to a Wi-Fi-enabled gateway would be effectively invisible to the Eero nodes providing telemetry via Insight.

More importantly, Weaver argues that newer deployment technologies—mostly meaning FTTH (Fiber To The Home)—don’t use integrated gateway/modem/router devices anyway. Weaver says that, as Eero’s ISP partners shift to fiber, they’re already moving to split functionality with separate fiber transceivers and Wi-Fi routers. In such cases, nothing is disabled and nothing is lost when deploying Eero alongside—the Eero devices are the only router and only access points on the network anyway.

The newer Eero 6 series (Wi-Fi 6) devices can be mixed and matched seamlessly with all older Eero hardware revisions, up to and including the first-generation Eero. The Eero for Service Providers program will initially be available to ISPs in the United States and Canada this November, with future feature releases in following months.