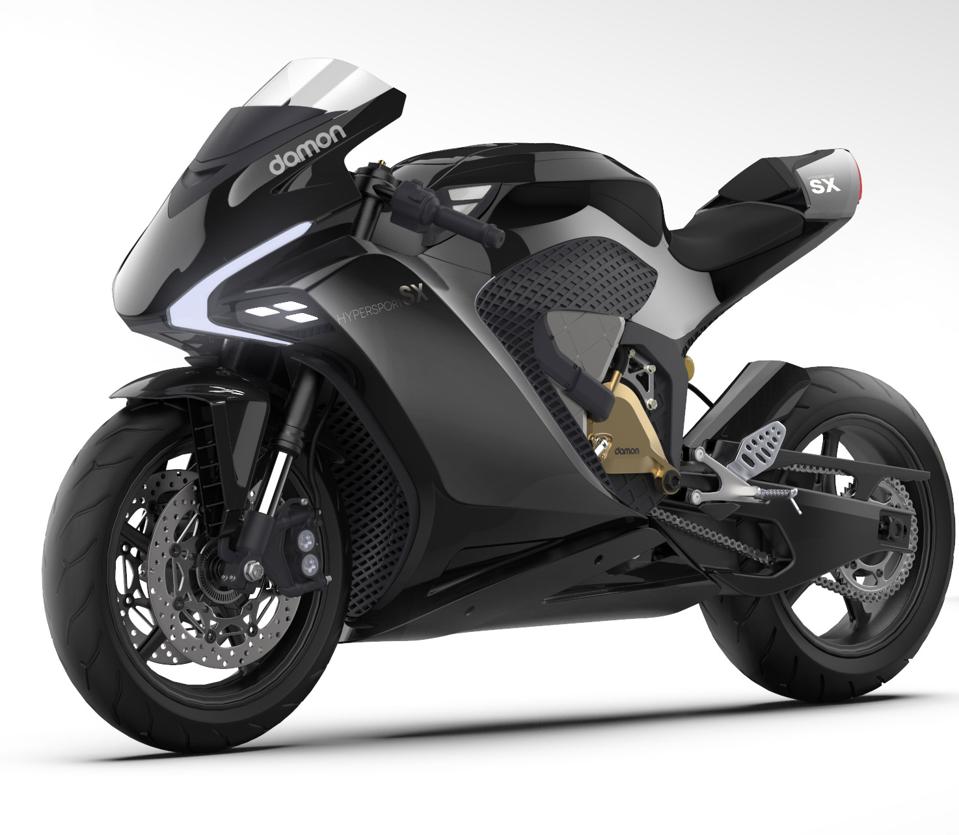 The Damon HyperSport SX will be the company’s most affordable motorcycle.

Canadian electric motorcycle startup Damon Motors is expanding their offerings with two more models and a subscription service for buyers of their tech-heavy machines. Damon’s CEO, Jay Giraud, talked to Forbes.com earlier this week about the bikes, and also included some details on a major technical aspect of the machines called, appropriately, HyperDrive.

But first, Giraud said that despite the pandemic, demand for the company’s bikes continues, even after the 25 $40,000 “Founder’s Edition” HyperSport bikes sold out in a matter of days earlier this year. Now, Damon is offering two less expensive models with prices more in line with competitors like Zero.

Called the HyperSport SX and SE, the bikes will come in at $19,995 and $16,995 respectively. The HyperSport (aka the HS) and the HyperSport Premiere models remain in the lineup at $24,995 and $39,995. All prices are before any state or federal incentives, which can trim the tab by many thousands of dollars. 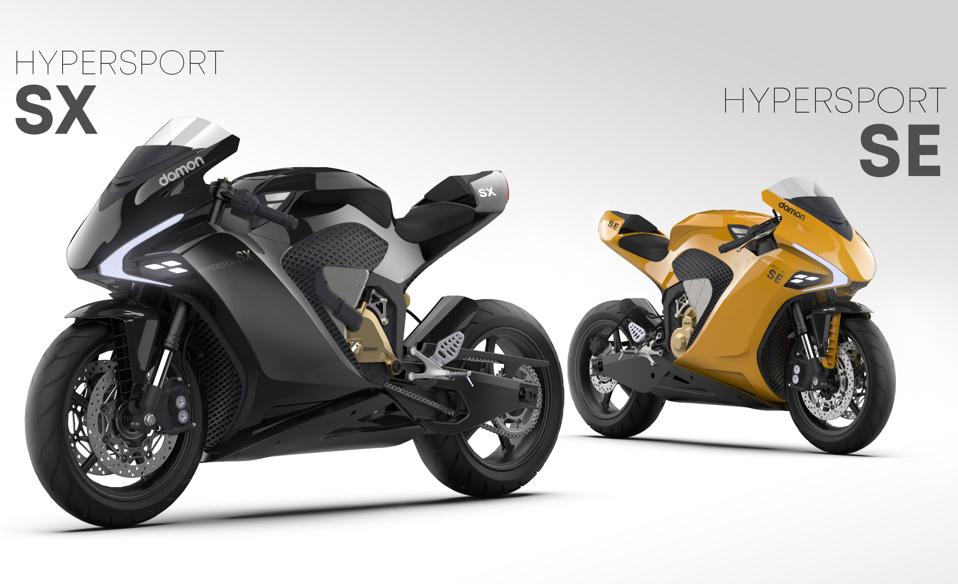 The SX will put out 150hp with a 150 mile range and 155mph top speed, and the SE will make 108 ponies with a 100 mile range and 120mph peak, as specified by Damon. Torque across the lineup is 200 foot pounds. The new bikes are very similar in appearance to the other models in the lineup. Onboard charging capabilities include 6.6kW and 19.2kW DC fast charging across the model lineup. Additionally, all of the bikes will include Damon’s signature tech packages, including the Shift system that allows ergonomic changes on the fly and the CoPilot safety alert system, which alerts riders to dangers around the bike they might not be able to immediately see.

2020 BMW 840i Coupe Review: Mastering The Art Of Luxury With Performance

I tested both systems out on two prototype bikes in 2019 and was impressed with what then was a work in progress. With further refinement, and if Damon is successful in getting the bikes to production, Shift and CoPilot could signal major changes in the way motorcycles are made and equipped across the industry. 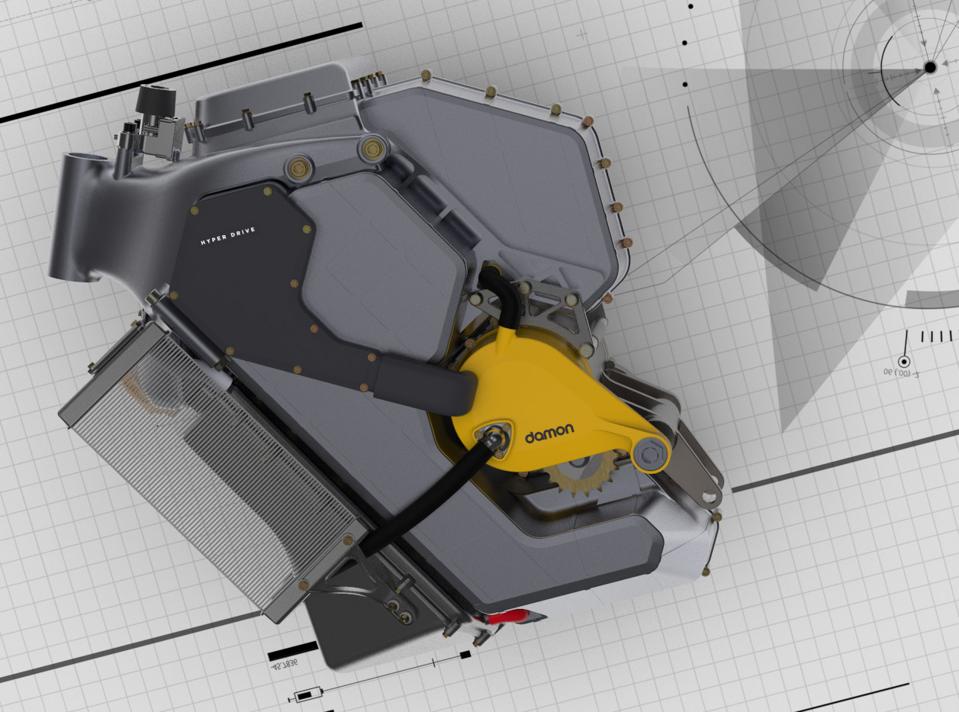 Instead of a big brick of batteries, the HyperDrive system allows Damon to tailor battery cell … [+] placement and location, allowing for more battery capacity. The yellow bit is the electric motor.

Along those lines, Giraud also detailed the HyperDrive system that will be at the core of each machine. Giraud told me during early development of the bikes that he planned to make the battery and drivetrain package a stressed member of the bikes’ frame, a tricky path technically but if done successfully, simplifies construction while also saving weight and maximizing battery storage space.

Indeed, the top line HyperSport bikes will carry batteries with over 20kWh of capacity, far more than the current competition. The $20,000-ish Zero SR/S, which I rode at length over the summer, carries a rectangular 14.4kWh pack inside its frame, and was typically good for just a bit less than 100 miles in mixed riding. Damon says they are shooting for ranges closer to 200 miles once the bikes ship to customers. 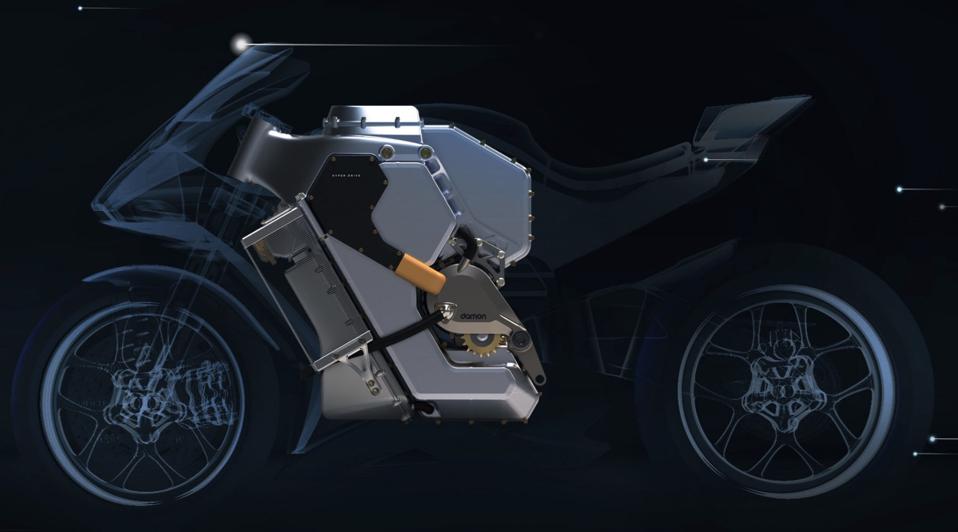 The Damon HyperDrive system forms the core of the bike and is a stressed design, so it also acts as … [+] the frame. Twin radiators left and right cool the components. The motor is the bronze teardrop-shaped bit.

Additionally, Giraud has said the top-line machines will have “200/200/200” capabilities: 200 miles of range, 200 mile an hour capability and 200 pound-feet of torque, which should make the Damon bikes enormously quick, even if they come in at over 500 pounds, which is close to where the Zero SR/S tips the scales. Giraud also hinted that the torque figure might be a bit… conservative. The HyperDrive approach also gives Damon an easily configurable “core” they can build other model types around, such as dual sports, three wheelers, side-by-sides, small utility vehicles and more, if they decide to go in those directions.

Another new wrinkle Damon will make available to buyers is a subscription service for the bikes. Giraud explained that they had done the math and that if buyers wanted to be able to trade their Damon bikes in down the line for a newer model, it made financial sense, plus it would give Damon a second fleet of used bikes that they could update and recondition to factory spec before reselling them. Giraud said Tesla offers a similar service for used models and that he believed buyers were more likely to trust the condition of a used bike coming from the OEM than taking their chances in the open market, where it can be tough to know what you’re really getting until well after the sale, especially with the new crop of electric bikes. Information given to Forbes.com indicates the subscription prices will range from $240 to $550 per month depending on the model. 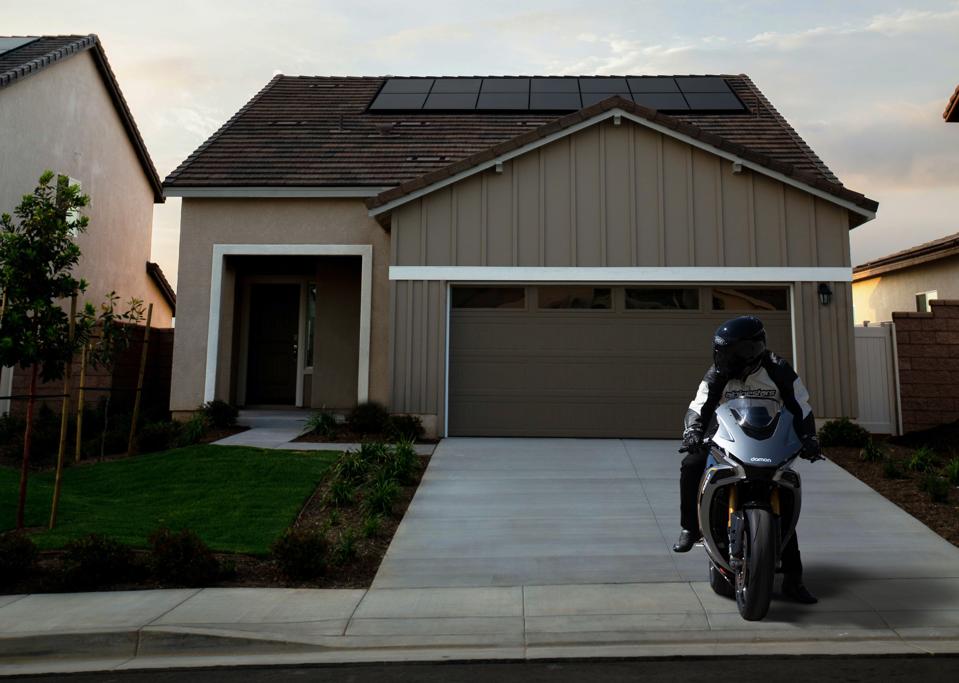 V2H tech allows electric vehicles to work as battery backup systems in case of a power outage. Even … [+] the battery in an electric motorcycle can power a home for a fair amount of time.

And lastly, Giraud reminded me that the Damon bikes will feature V2H (”Vehicle to Home”) tech, or in other words, the bike can power your home for a while in case of a power outage buy essentially functioning like a big battery. This is not really a new idea and it’s already common practice in some places like China, where electrical infrastructure can be sketchy in some of the more remote areas. Tech wise, the onboard charger on the HyperSports basically works “both ways,” both charging the bike but also allowing power to be drawn from the bike’s battery. This functionality will be controlled via the Damon app on a smartphone.

So, when will the bikes be ready? Giraud said the COVID-19 outbreak has been a challenge but the company remains in stable condition and a spokesperson said the current timeline points to mass production commencing in 2022. Stay tuned for more updates. 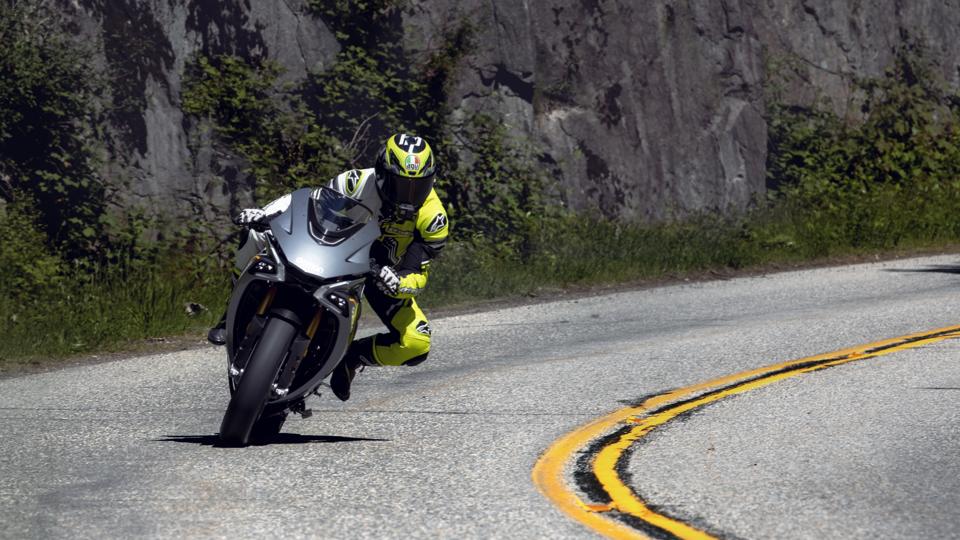 Damon says it hopes to begin mass production in 2022.

‘The Mandalorian’ Season 2, Episode 5 Review: ‘The Jedi’ Is Packed With Huge Reveals

Trump adviser tells Michigan to “rise up” against COVID restrictions