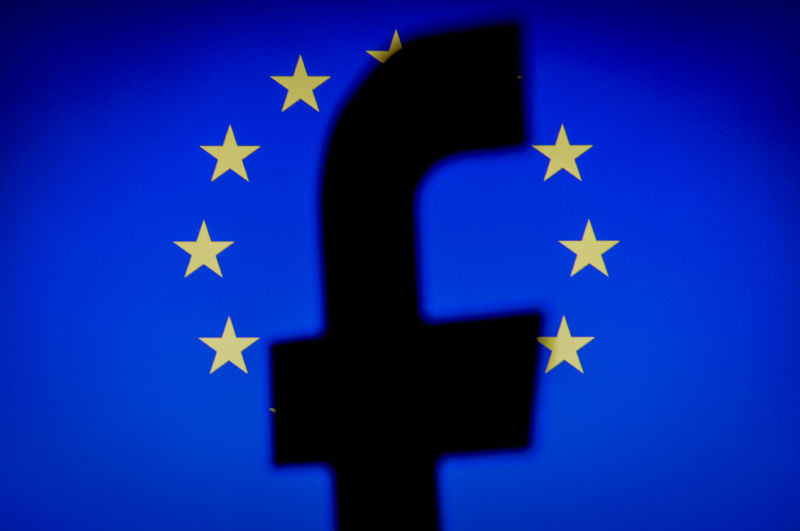 Enlarge / A Facebook logo in front of an EU flag in this photo illustration on November 20, 2017.
Jaap Arriens | NurPhoto | Getty

EU regulators are drawing up a “hit list” of up to 20 large Internet companies, likely to include Silicon Valley giants such as Facebook and Apple, that will be subject to new and far more stringent rules aimed at curbing their market power.

Under the plans, large platforms that find themselves on the list will have to comply with tougher regulation than smaller competitors, according to people familiar with the discussions, including new rules that will force them to share data with rivals and an obligation to be more transparent on how they gather information.

The list will be compiled based on a number of criteria, including market share of revenues and number of users, meaning the likes of Facebook and Google are likely to be included. Those deemed to be so powerful that rivals cannot trade without using their platforms could also be added.

The move to gain new powers is part of a growing effort in Brussels to force big technology companies to change their business practices without a full investigation or any finding that they have broken existing laws.

It follows complaints that the current regulatory regime has resulted in weak and belated action, which has done little to foster competition.

The number of companies and the precise criteria for the list is still being discussed, but it is the latest indication of how serious the EU is about coming up with powers to limit the power of platforms seen as “too big to care.”

“The immense market power of these platforms is not good for competition,” said a person with intimate knowledge of the discussions.

The proposals, which are still being discussed among senior EU officials, could end up being part of new regulation aimed at diminishing the power of platforms that are perceived to be acting as gatekeepers.

As part of the powers, the EU is seeking to go beyond just fines, which often are seen as just the cost of doing business. Instead, Brussels wants to be able to move quickly to force the likes of Amazon and Apple to ensure they give access to competitors and that they share data with rivals.

In extreme circumstances, the EU will seek to address structural problems, by breaking up Big Tech, or by forcing companies to sell units if they are found to be behaving to the detriment of rivals.

The list will be heavily skewed towards Big Tech in the US, a move that will be seen as controversial and risks adding to friction between Washington and Brussels, according to people familiar with the discussions.

In a further sign of simmering trade tensions, Valdis Dombrovskis, the EU’s new trade chief, has told the US to prepare for additional levies on exports to Europe unless it withdraws punitive tariffs on more than $7bn of EU products.

A push for new rules and new powers in Brussels is set to face fierce opposition from the large dominant platforms, but political momentum is growing for the EU to regulate Big Tech.

The EU is also preparing draft proposals for an overhaul of the Internet rules of the bloc, the first time such an exercise has been carried out in two decades. Proposals for the new Digital Services Act are expected in early December and they will seek to increase the responsibility of platforms when it comes to policing illegal content or products being sold online.

“The Internet as we know it is being destroyed,” said another person with direct knowledge of Brussels plans. “Big platforms are invasive, they pay little tax and they destroy competition. This is not the Internet we wanted.”

The push to curb Big Tech’s power goes beyond Brussels.

The UK’s Competition and Markets Authority wants to have powers to scrutinise digital mergers that would often fall below the required thresholds for scrutiny.

A congressional report in the US said Big Tech has abused its market power, suggesting large platforms should restructure their businesses entirely.

© 2020 The Financial Times Ltd. All rights reserved. Not to be redistributed, copied, or modified in any way.