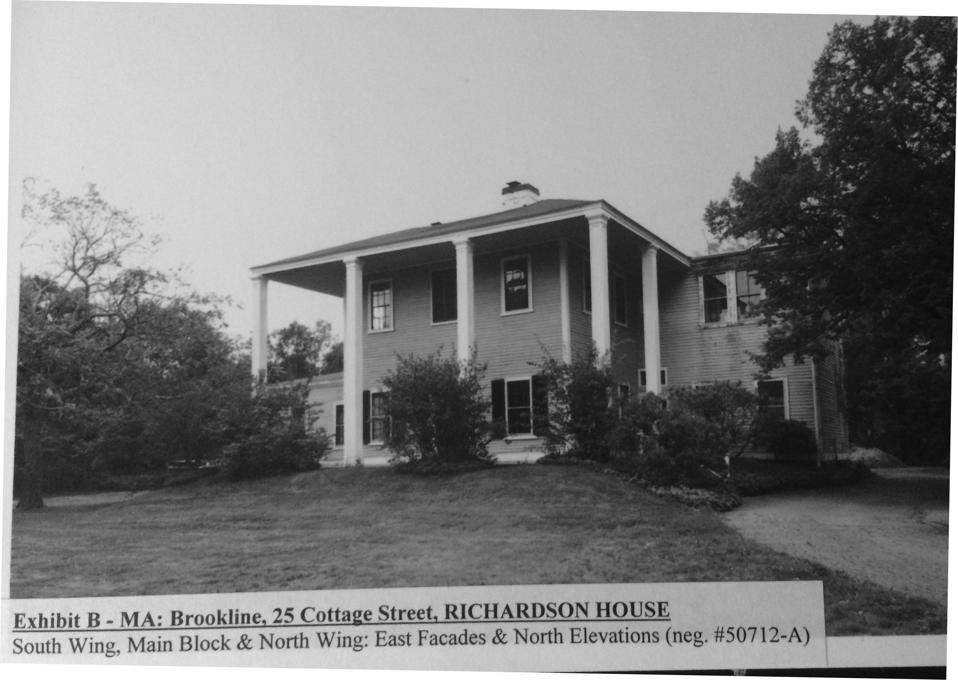 Built in the first decade of the 19th century, 25 Cottage Street reminded Richardson of his southern … [+] roots.

Just in time for the new year, a significant piece of American architectural history has been saved – for now.

Homes associated with famed architect Henry Hobson Richardson and landscape architect John Charles Olmsted got a temporary reprieve from the wrecking ball last week, when the preservation board of Brookline, Massachusetts, voted to postpone demolition for 18 months.

In a virtual hearing that lasted nearly three hours and drew international attention, the Brookline Preservation Commission voted 8-to-0 to support the staff’s “finding of significance” for the two houses, an action that gives the panel the authority to delay demolition.

The hearing was triggered when a developer asked the preservation panel to approve “full demolition” of three contiguous properties in a section of Brookline within the Green Hill historic district on the National Register of Historic Places, including the former Richardson house at 25 Cottage Street and the former Olmsted property at 222 Warren Street.

The commission also voted 8-to-0 to temporarily block the demolition of the third property, a 1971 prefabricated “deck house” at 39 Cottage Street, built on land carved out of the parcel owned by Richardson.

The panel voted on the three properties separately but arrived at the same unanimous decision each time. The action is intended to allow time for Brookline’s preservation staff and others to meet with the property owner, Jeff Birnbaum of Pioneer Construction and Warren Cottage Ventures LLC, and explore possible alternatives to razing the three houses.

The birthplace and hometown of former U.S. President John F. Kennedy, Brookline is an incorporated town of about 60,000 in Norfolk County, Massachusetts. It’s part of the Greater Boston area but has its own system of government. The commission’s votes do not prevent changes to the landscape during the 18-month “demolition delay” period.

The panel drew praise for its action from preservationists and architectural historians in New England and beyond who said Richardson (1838 to 1886), was one of the most influential architects in America and that his former house deserves to be preserved, perhaps as the anchor for a new local historic district in Brookline.