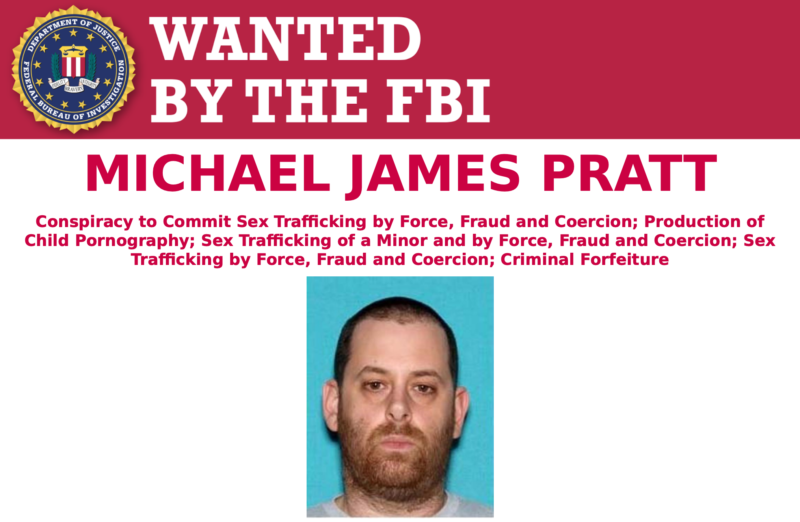 The FBI is intensifying its worldwide search for Michael James Pratt, the New Zealand-born pornographer who created the controversial GirlsDoPorn website while living in the San Diego area. This week the FBI announced a $10,000 reward for information leading to his arrest.

Nearly two dozen women sued Pratt and his associates for using fraud and coercion to get them to appear in pornographic videos. The women won a $13 million judgment in January, but by the time the ruling was announced, Pratt had apparently fled the country.

Meanwhile, the federal government charged Pratt with conspiracy to commit sex trafficking by force, fraud, and coercion. Prosecutors later added child pornography charges because at least one of his victims was under 18.

Pratt lured his victims by posting ads for clothed modeling gigs on Craigslist and other platforms. Once a woman responded, Pratt or one of his associates would offer the women $3,000 to $5,000 to fly to San Diego for a one-day pornography shoot. They promised, falsely, that videos would only be sold on DVD to wealthy clients outside the United States.

Some of the women said that once they reached San Diego, they were physically coerced to stay and shoot their scenes. Here’s how we described it back in January:

Women were picked up at the airport by a GirlsDoPorn staffer and chaperoned throughout their visit. During shooting, they were alone with two or more men they didn’t know. The men would become agitated if the women didn’t cooperate; some women testified that they feared for their safety. Women testified that men stacked equipment in front of the door to prevent them from leaving the room.

Three of Pratt’s associates, Matthew Wolfe, Andre Garcia, and Valerie Moser, were charged with conspiracy to commit sex trafficking last October along with Pratt. Only Pratt has evaded capture.