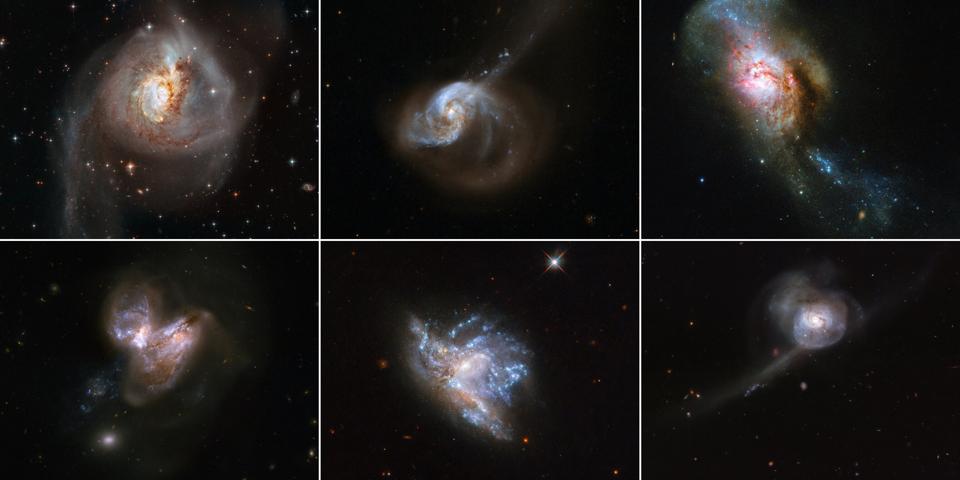 To celebrate a new year, the NASA/ESA Space Telescope has published a montage of six beautiful … [+] galaxy mergers.

The mighty space telescope in orbit of Earth—up there for 30 years now—captured the mergers while astronomers were studying how quickly stars are forming in distant galaxies.

When galaxies collide you might think that violence ensues, but in fact such massive movements are part of how galaxies evolve.

Collisions between stars are rare because stars are tiny relative to the distances between them in a galaxy. After a period of chaos, the two galaxies fully merge to form a single new and stable galaxy.

However, these mergers—caught here on camera—remain among the most spectacular events in the lifetime of a galaxy, as shown by these six images.

It’s thought that the Milky Way galaxy—in whose Orion Spiral Arm the Solar System is found—will inevitably collide head-on with the Andromeda Galaxy in about 4.5 billion years.

Here are Hubble’s spectacular images of other galaxy mergers, along with details about what you’re looking at, where the galaxies are in the night sky, and how far they are from us. 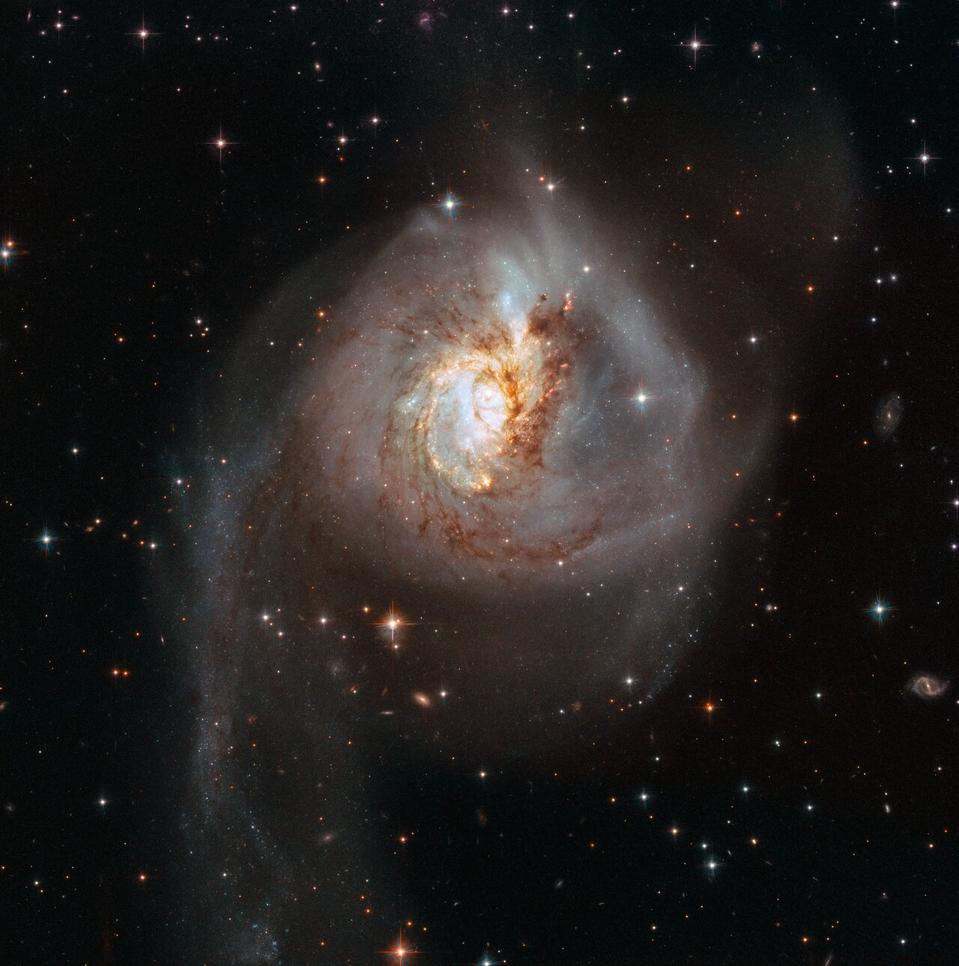 This image, taken with the Wide Field Camera 3 (WFC3) and the Advanced Camera for Surveys (ACS), … [+] both installed on the NASA/ESA Hubble Space Telescope, shows the peculiar galaxy NGC 3256.

An ideal target for anyone investigating starbursts that have been triggered by galaxy mergers, NGC 3256 is rated as “peculiar.” Its distorted appearance is down to a previous merger. 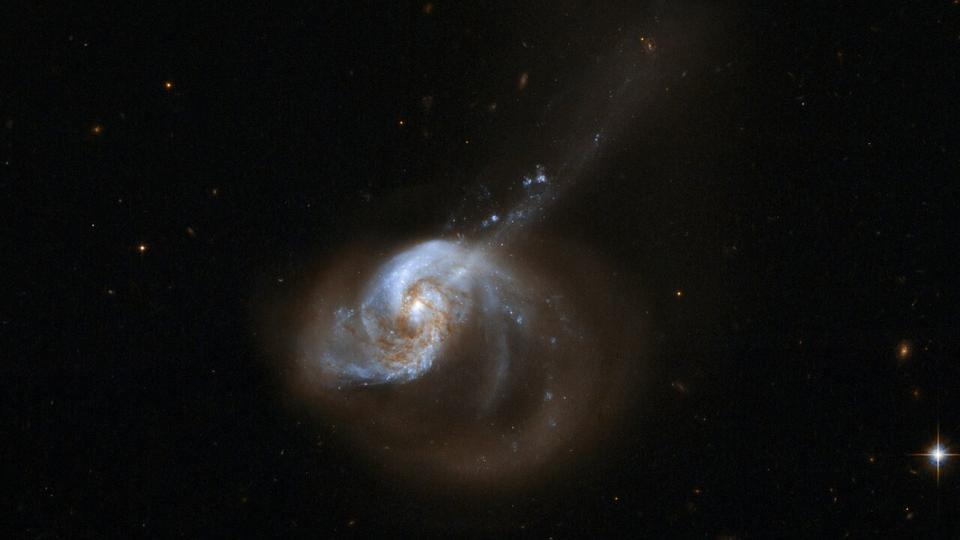 The galaxy system NGC 1614 has a bright optical centre and two clear inner spiral arms that are … [+] fairly symmetrical.

Here’s an odd-looking galaxy. Its “tails” are thought to be the result two galaxies becoming tidally locked and then merging. 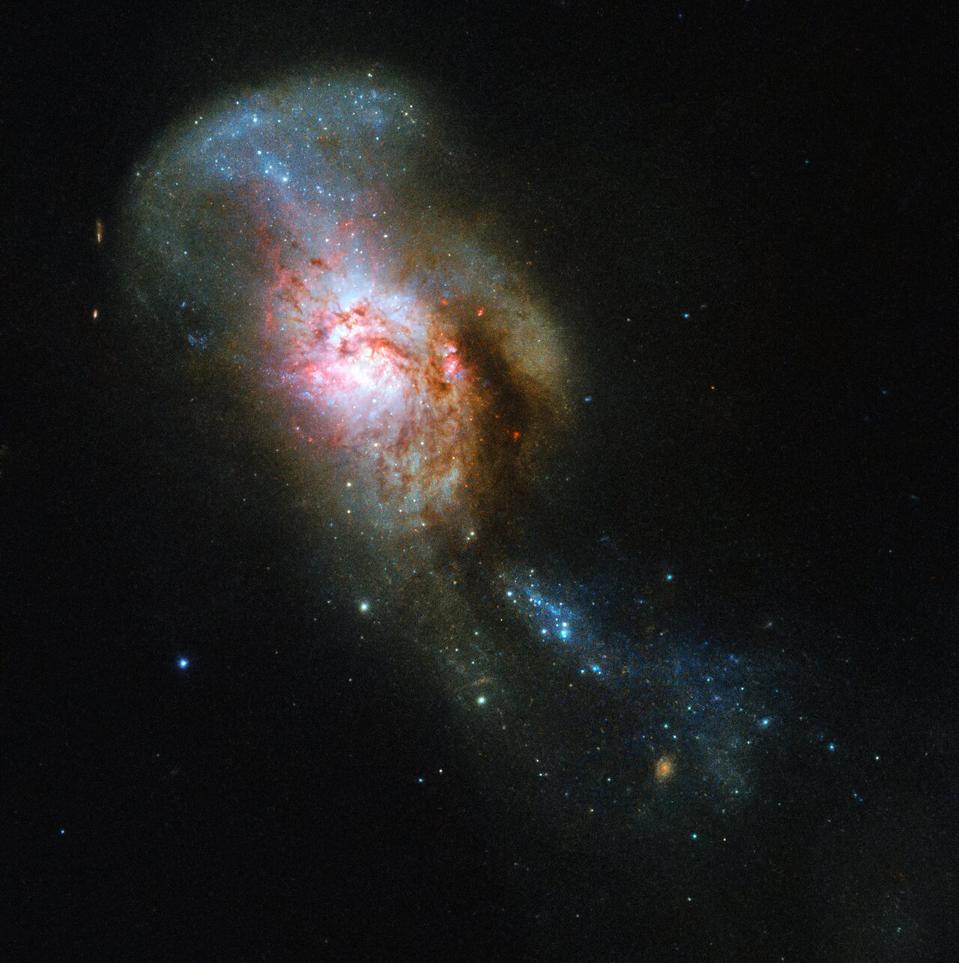 The Medusa merger: often referred to by its somewhat drier New General Catalogue designation of NGC … [+] 4194, this was not always one entity, but two. An early galaxy consumed a smaller gas-rich system, throwing out streams of stars and dust out into space.

What happens when an old galaxy “eats” a newer, smaller galaxy? The “Medusa merger” galaxy shows streams of stars and dust thrown out into space after an old galaxy interacted with a smaller gas-rich galaxy, resulting in a burst of new stars. 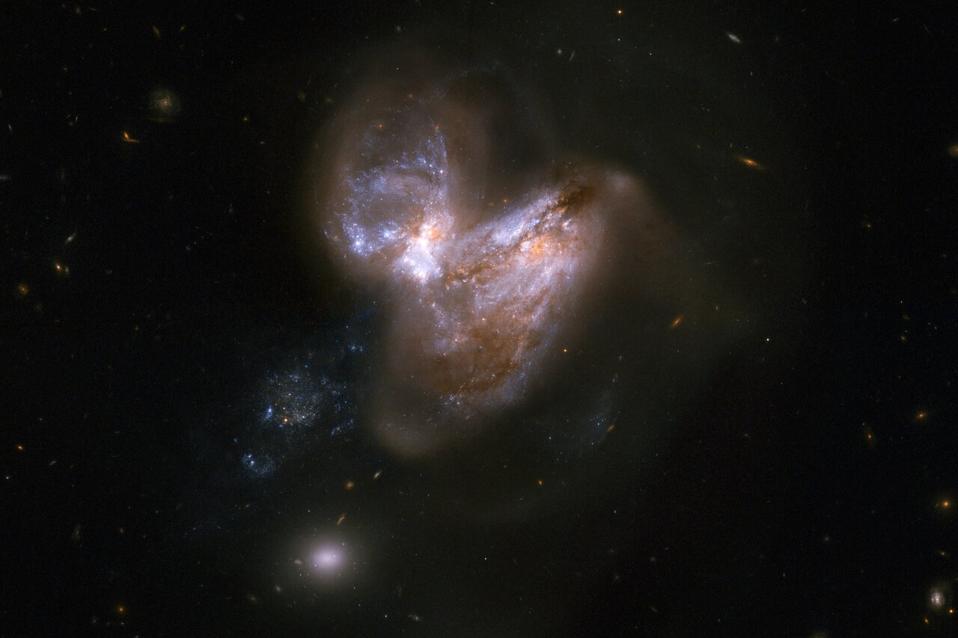 These two galaxies, IC 694 and NGC 3690, passed each other about 700 million years ago and caused a surge of new stars to form. In recent years astronomers have spotted six supernovae in the galaxies’ outer reaches. 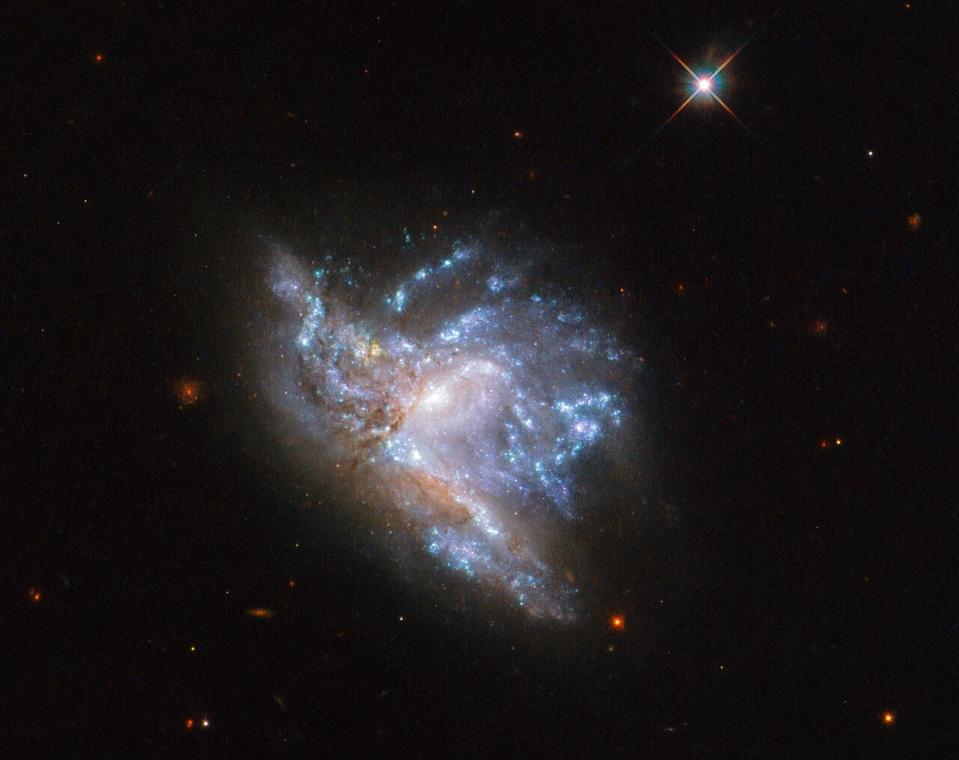 Located in the constellation of Hercules, about 230 million light-years away, NGC 6052 is a pair of … [+] colliding galaxies.

Now known to be a pair of galaxies now colliding, NGC 6052 was once thought to be on odd-shaped galaxy—hence the singular name. It’s in chaos, with the gravitational effects of the merger causing stars from the original galaxies to take new trajectories. 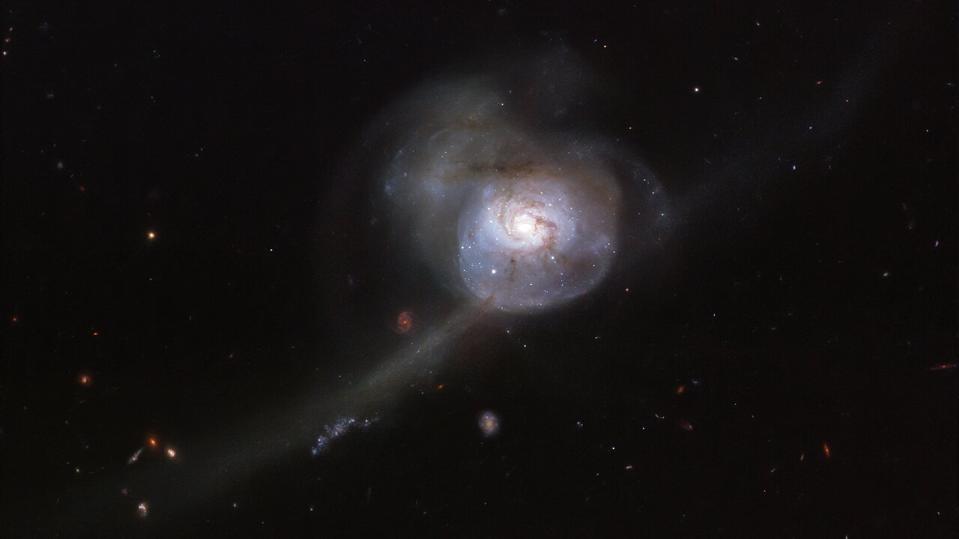 Appearing within the boundless darkness of space, the NASA/ESA Hubble Space Telescope’s snapshot of … [+] NGC 34 looks more like an otherworldly, bioluminescent creature from the deep oceans than a galaxy.

A bioluminescent creature from the deep? The result of a merger between two galaxies, new stars forming in its center are lighting-up the gas around it in this spectacular image. Over time NGC 34 will become more like that of an indistinct “peculiar” galaxy.

The Hubble imaging Probe of Extreme Environments and Clusters (HiPEEC) survey has investigated how star clusters are affected during collisions in each of the six galaxy mergers shown here.