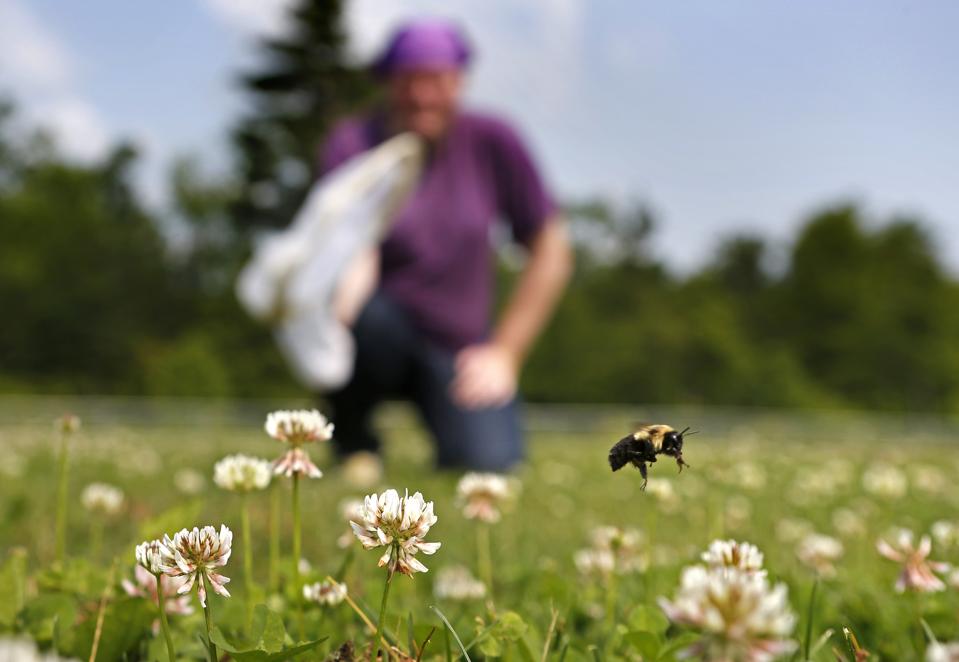 A volunteer prepares to capture a bumblebee on a field in Maine during a bumblebee audit in 2015.

Just like honeybees, however, native bees are on the decline, a problem blamed on a loss of plant diversity, or declining floral resource availability, as scientists call it. Native bees, like honeybees, also are suffering due to pesticides and other environmental pollutants.

A new monitoring project funded by a $380,000 U.S. Department of Agriculture grant is creating a first-of-its-kind monitoring network which will train people to go outside and look for wild bees in a standardized way, according to University of California-Riverside researchers leading the effort.

For those leery of joining: There’s no need to be frightened of native bees. According to the U.S. Geological Survey “very few of them sting – really!”

The aim of the US National Native Bee Monitoring Research Coordination Network, or RCN for short, is to gather data to help governments and land managers justify new regulations to protect native bees.

Mars Stops, Meteors Fall And The Moon Meets The Planets: What You Can See In The Night Sky This Week

The Most Violent Events In The Universe May Have Left Their Mark On Trees, Say Scientists

University Entomologist Hollis Woodard said the network will improve on previous monitoring that’s been done by states and regionals but not coordinated nationally. 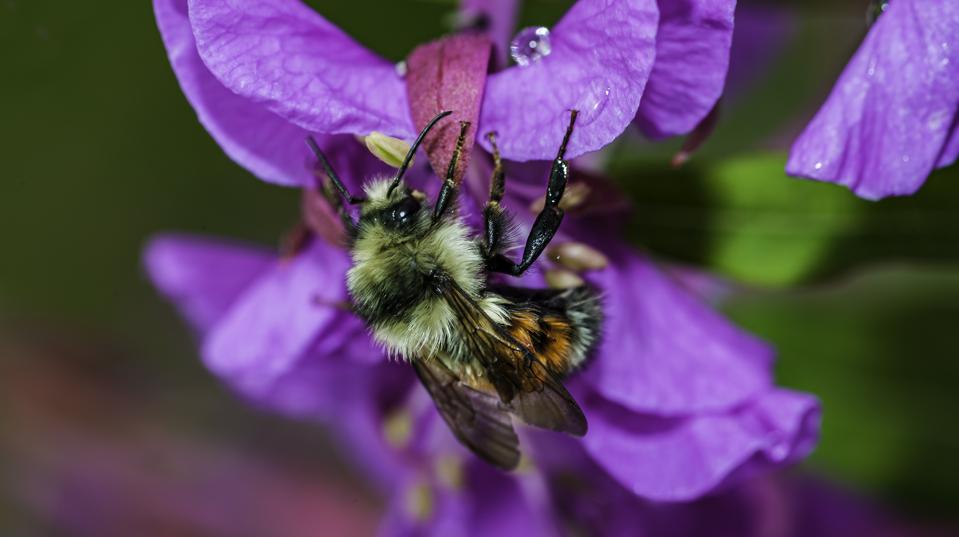 A paper published in the journal Biological Conservation, authored by Woodard and colleagues from numerous other institutions notes that North America has more than 4,000 species of bees and posits that “an overarching framework for monitoring U.S. native bees could provide a system that is responsive to national needs, resources, and capacities.”

Rebecca Irwin of North Carolina State University and David Inouye of the University of Maryland, who are among the paper co-authors, said in a statement: “This national effort will provide insights into the current problem of insect decline for these pollinators that help to ensure healthy populations of wildflowers as well as our food supply.”

Zach Portman, a bee taxonomist at the University of Minnesota’s Cariveau Native Bee Lab, says in a blog at the monitoring network website that he thinks “the lack of good monitoring data is really hurting bee conservation efforts because it prevents us from making informed decisions about how to best allocate resources for bee conservation, especially in terms of which threats to prioritize and which habitats to protect.”

How to Get Involved

The public doesn’t have to feel helpless about the decline of native bees, however.

The old “What can I do?” question is essential to this project. The US National Native Bee Monitoring Research Coordination Network is gathering native bee biologists from across the country to work together through 2023 to develop a national native bee monitoring plan. That will include protocols and priority areas for monitoring, according to the project website.

Organizers also will develop new opportunities to educate and train people in priority locations to help carry out the monitoring work.

Right now, the network is so new that you can bookmark and check back later and/or add your name to an email list and follow developments on Twitter @usnativebees.

Organizers says more information will be available coming months, including a national survey this winter to assess the needs and aims of native bee monitoring programs across the U.S. and a schedule for upcoming meetings and other events.

Madison Is Never Coming Back To ‘Fear The Walking Dead’