Five-Star Living: Apartment At The Pierre In Manhattan Hits The Market

The Pierre hotel went up on a prime site at the corner of Fifth Avenue at 61st Street, commanding … [+] unrestricted views of Central Park.

If you’ve ever dreamed of taking up residence at a hotel, here’s a golden opportunity. A residence at The Pierre building, a historic luxury hotel on Manhattan’s Upper East Side, has come on the market for $2.995 million.

Built in 1930 at the cost of $15 million, the stately building was designed by Schultze & Weaver, the architectural firm behind other New York City landmarks such as Waldorf-Astoria Hotel and the nearby Sherry-Netherland building.

Evoking parts of the chapel of the Palace of Versailles, The Pierre is a fixture of the Midtown skyline, with its oxidized-copper roof and circular dormers. Corinthian flourishes and blond brickwork reinforce the building’s French Baroque architecture.

One of 77 private residences, the apartment for sale has been updated but displays many hallmarks of the 1930s era. Beaded molding and delicate wainscoting are among the details of note. Arched built-ins embellished in Deco-inspired trim draws the eyes in the living room. 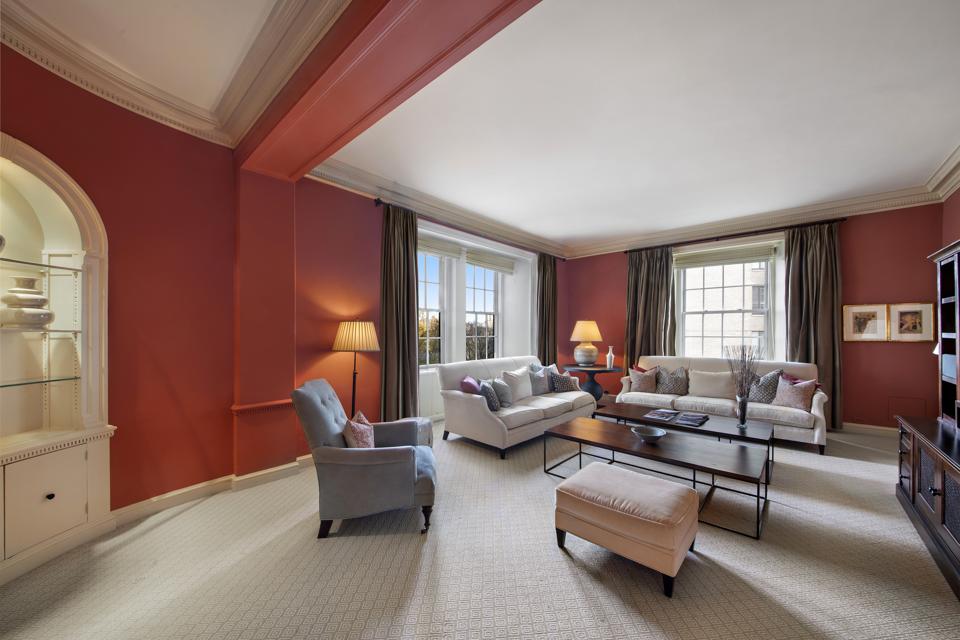 Picture windows in the living room take in views of Central Park and the Midtown skyline.

The residence has two bedrooms and two bathrooms, including a primary suite with an attached office and ample closet space. A dining area sits off the galley-style kitchen. Picture windows in the living room capture sweeping views of Central Park. 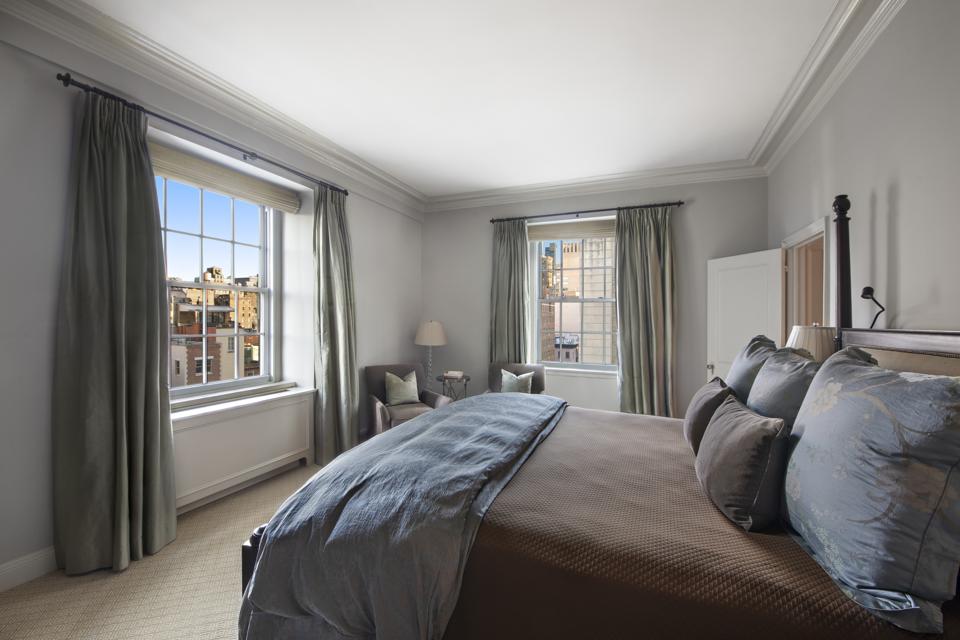 There are two bedrooms and two bathrooms.

The prestigious building has seen its fair share of famous types over the years. When the building first opened, an exclusive supper club on the hotel’s 41st and 42nd floors drew great fanfare among high society types, including business titans William Vanderbilt and Walther Chrysler. 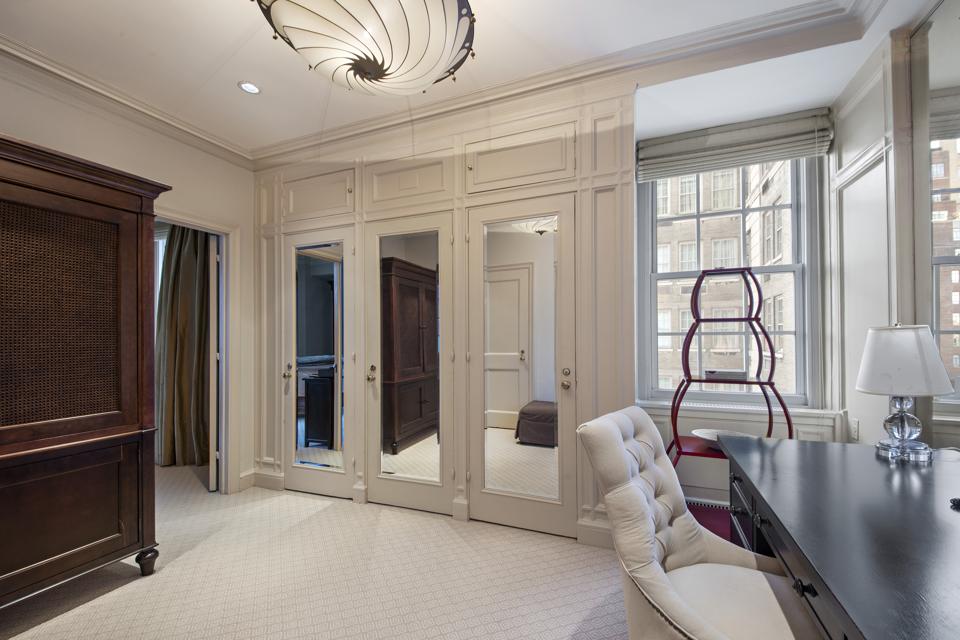 Wardrobes fill a far wall in the office, which sits off the primary bedroom.

In the late 1960s, then President-elect Richard M. Nixon stayed at the hotel for an extended period before moving into the White House. Actress Elizabeth Taylor and designer Yves Saint-Laurent are among other notable names to have called The Pierre home. 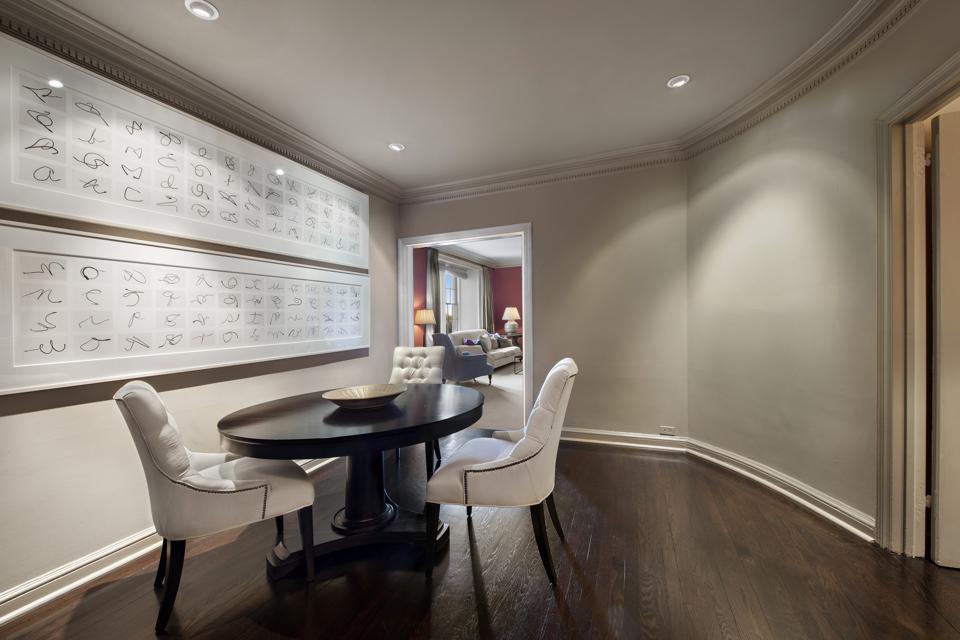 According to real estate data firm Urban Digs, current prices for apartments at The Pierre start in the high $1-million range for a one-bedroom apartment and top out at $60 million for a four-bedroom unit. When comparing the past five sales at the building, the median price was $12 million. 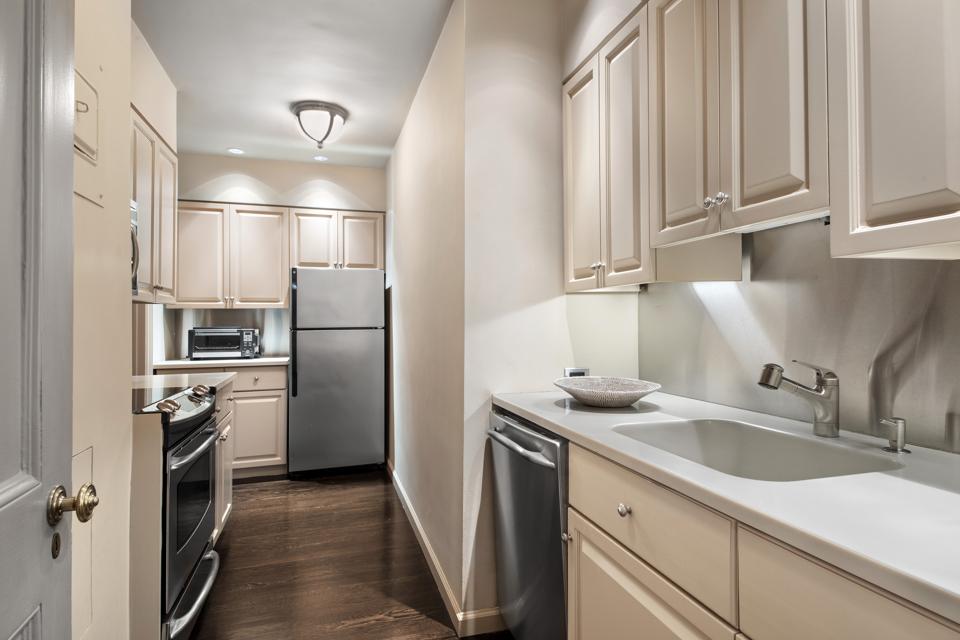 In terms of amenities, it’s not just hotel guests that receive the five-star treatment. Building residents have access to any of the hotel’s services, including room service, nightly turndown and twice-daily cleaning. They also have access to a private bank of elevators.

Located on Fifth Avenue and 61st Street, Apartment 812 is listed with Harriet Kaufman of Warburg Realty, an exclusive member of Forbes Global Properties.