Gene-editing tool gets its inevitable Nobel 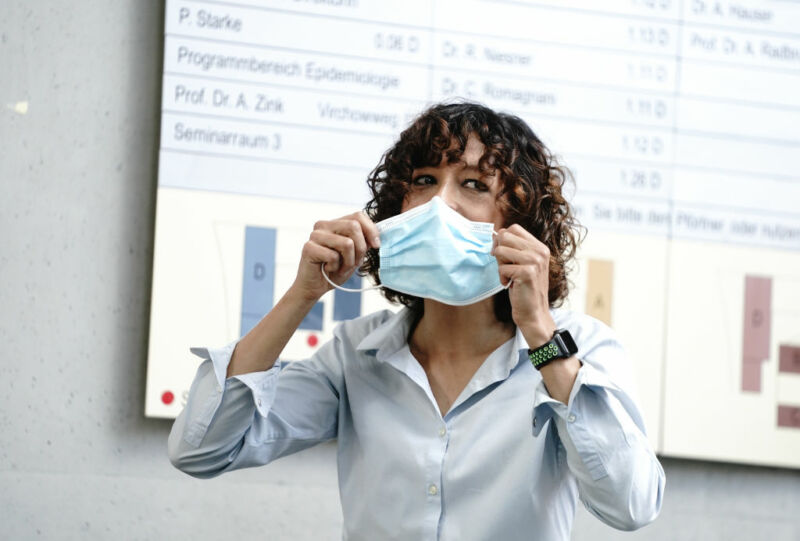 Enlarge / Emmanuelle Charpentier reminds everybody about pandemic safety at the start of a press conference following the announcement of her Nobel Prize.
Pictures Alliance/Getty Images

On Wednesday, the Nobel Prize Committee awarded the Chemistry Nobel to Emmanuelle Charpentier and Jennifer Doudna, who made key contributions to the development of the CRISPR gene-editing system, which has been used to produce the first gene-edited humans. This award may spur a bit of controversy, as there were a lot of other contributors to the development of CRISPR (enough to ensure a bitter patent fight), and Charpentier and Doudna’s work was well into the biology side of chemistry. But nobody’s going to argue that the gene editing wasn’t destined for a Nobel Prize.

The history of CRISPR gene editing is a classic story of science: a bunch of people working in a not-especially cutting-edge area of science found something strange. The “something” in this case was an oddity in the genome sequences of a number of bacteria. Despite being very distantly related, the species all had a section of the genome where a set of DNA sequences were repeated, with a short spacer in between them. The sequences picked up the name CRISPR for “clustered regularly interspaced short palindromic repeats,” but nobody knew what they were doing there.

The fact that they might be important became apparent when researchers recognized that bacteria that had CRISPR sequences invariably also had a small set of genes associated with them. Since bacteria tended to rapidly lose genes and repeat sequences that weren’t performing useful functions, this obviously implied some sort of utility. But it took 18 years for someone to notice that the repeated sequences matched those found in the genomes of viruses that infected the bacteria.

A key experiment took place two years later in 2007, when researchers exposed bacteria to a virus and then pulled out those that resisted infection. Invariably, they found that the resistant strains had picked up CRISPR copies that matched sequences of the virus. CRISPR were acting like a bacterial immune system, allowing them to remember and disable pathogens they’d been exposed to previously.

It’s worth noting that studying bacteria’s defenses against viruses isn’t an obvious path to a revolution in biotechnology, and it’s the sort of very basic research that would never be funded by industry. Yet this is the second time it has happened, with the first being the discovery of the restriction enzymes that enabled recombinant DNA, which won the Nobel Prize back in 1978.

How does this work?

All this, however, left a lot of questions. We knew there were DNA sequences, and we knew there were genes, but we didn’t know how they acted. Over time, people worked out that many of the genes were responsible for identifying foreign DNA and converting it into the CRISPR repeats. And it became clear that the DNA near the repeats caused it to be transcribed into RNA. Charpentier and Doudna made key contributions in piecing it together.

Around 2010, Emmanuelle Charpentier led a team that identified that the CRISPR repeats were transcribed from both of the DNA strands of the double helix. That meant that the two RNA populations could also form a two-stranded double helix. The team confirmed that both of these RNA strands were essential for the system to function.

At that point, Charpentier began her collaboration with Doudna to understand what the double-stranded RNA might be doing. They ultimately identified that it was cut into smaller pieces that combined with one of the CRISPR-associated genes, CAS-9. CAS-9 then used the RNA to identify matching DNA sequences in a virus, which it would cut. The cutting of a virus’s DNA is enough to inactivate it, providing protection to the bacteria.

But Charpentier and Doudna quickly recognized that this was a potential tool. If the RNA told the system which sequences to cut, replacing the RNA with a different RNA could redirect it to cut some other sequence entirely. And there are a lot of potential uses of a programmable DNA cutting enzyme, as it’s possible to use the cut to inactivate a gene or even substitute in a different version of the gene.

To show this was possible, Charpentier and Doudna made two key developments. They showed that CAS-9 didn’t need the complicated process of making matching RNAs that were then cut down into smaller pieces. A shorter RNA that was engineered to loop back on itself and form a double helix would work just as well, greatly simplifying the system. They went on to show that changing the sequence of that RNA so it matched something other than a virus was enough to retarget it to something that wasn’t a virus. The CRISPR-CAS-9 system could be reprogrammed to cut any sequence desired.

The two knew exactly what they had developed. The final sentence of the abstract of their key paper notes that their work “highlights the potential to exploit the system for RNA-programmable genome editing.”

The world was listening. Only six years after those words were published, we had the birth of the first gene-edited children.

There’s also a lot going on that doesn’t involve ethically challenged and scientifically questionable research on humans. Despite a long battle over who holds the patents for different aspects of CRISPR technology, it has already found widespread use as a tool for manipulating research organisms like the mouse. People have developed CRISPR-based tests for SARS-CoV-2 that work rapidly and at room temperature. And well-regulated human trials have already taken place.

So a lot of people have been involved in taking the findings made by Charpentier and Doudna and applying them to various projects. Others have further developed the actual system itself, adapting it to edit individual bases or cut with higher specificity. And the history we described above makes it clear that Charpentier and Doudna entered the CRISPR story well after some of the basics had been worked out. There are invariably complaints about people who are left out of Nobel awards.

Another thing that might cause some controversy is the fact that this award is being placed in the chemistry category. Some of the studies of CRISPR systems have involved some heavy-grade chemistry, like figuring out the details of the actual cutting mechanisms and base-pair interactions needed for it to work. But Charpentier and Doudna’s key paper just shows a set of gels that reveal the presence of various DNA and RNA molecules. In other words, the work is way over on the molecular biology end of things, bordering closely on regular biology. Chemists who are sensitive about this sort of thing will have plenty of reasons to complain.

But you’re likely to be hard-pressed to find anyone who feels that the development of CRISPR gene editing doesn’t deserve a Nobel Prize or that Charpentier and Doudna didn’t make an essential contribution to developing it into the tool it has become.