Georgia officials plan to certify President-elect Joe Biden as the winner of the state’s 16 electoral votes, but Trump’s campaign is still refusing to accept their loss in the state — though the campaign has little recourse left to overturn the decision of Georgia voters. 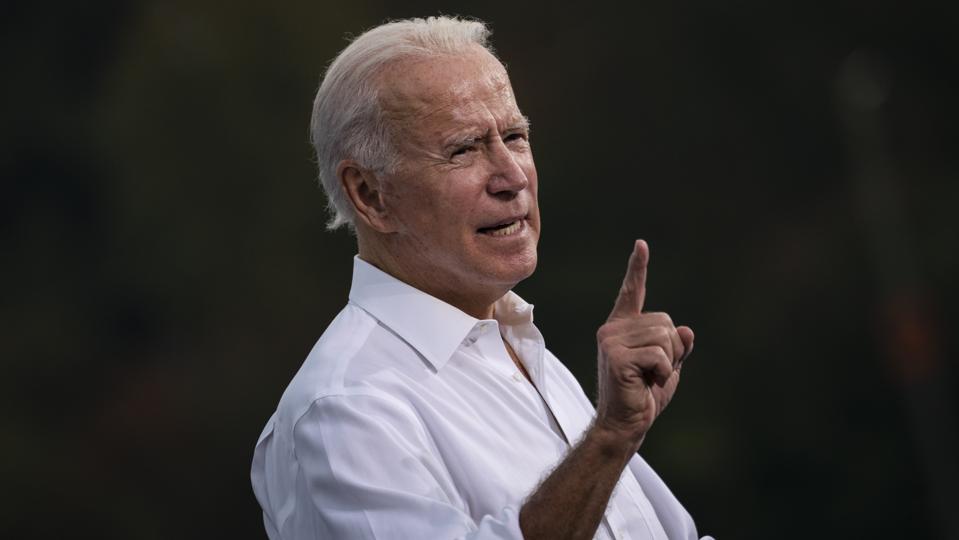 Democratic presidential nominee Joe Biden speaks during a drive-in campaign rally in the parking lot … [+] of Cellairis Ampitheatre on October 27, 2020 in Atlanta, Georgia.

Biden leads Trump in Georgia by 12,284 votes, a margin of 0.3 percentage points.

Governor Brian Kemp (R) still needs to certify by Saturday, but Georgia law instructs the governor to grant electors to whoever earned the most votes, and Kemp has remained largely silent throughout Trump’s efforts to discredit the electoral process in his state.

Trump is still allowed to request a second recount within two business days because Biden’s lead is within 0.5 points, but the state would use high-speed scanners instead of recounting every vote by hand again, and that tactic is unlikely to close his 12,000-vote deficit because recounts have historically almost never changed election results.

The campaign did not respond when asked whether it will pursue a second recount.

On Thursday, Trump’s campaign once again falsely claimed the state’s results were marred by illegal mail-in ballots, promising to “pursue all legal options,” though the campaign did not explain its legal strategy and has not answered any questions.

It’s unclear whether Trump is planning on filing more lawsuits in Georgia, but his legal efforts in the state have fallen flat so far. So far, Trump and various conservative groups have filed at least three lawsuits alleging voting irregularities and fraud in Georgia, and all three have been either dismissed or voluntarily dropped due to a lack of evidence.

Despite Biden’s narrow win in Georgia, Trump falsely declared victory, part of an unprecedented nationwide gambit to overturn the results of the election. The president and his allies have spread baseless conspiracy theories about widespread vote-rigging in Georgia, attacked election officials like Raffensperger for failing to prevent this nonexistent epidemic of fraud, and reportedly suggested the state find a way to toss out untold numbers of legal mail-in ballots. Raffensperger and his staff have repeatedly pushed back against these allegations, noting there is no evidence of widespread fraud or irregularities in Georgia.

“The election appears to be very accurate and as a Republican, I’m disappointed, but as a secretary of state, my job is to report accurate results,” Raffensperger told Business Insider on Wednesday.

The Real Opportunity In The Redevelopment Of American Malls