For whatever reason – home dominance, flat pitches, overwhelmed touring teams – there unfortunately haven’t been many thrilling Test matches in Australia over decades.

Heading into the final day of the third Test between Australia and India was actually the first time a Test had gone the distance Down Under in two years. There has been a slew of lopsided matches in that period.

Not that beforehand was much better with the 12 previous Tests (2016-19) going the full five days mostly being prolonged because of excruciatingly flat pitches, which overwhelmingly favored batting.

There have only been a handful of truly memorable Tests in the past two decades. Add this Sydney Test match to the shortlist. A battered and bruised India – both physically and mentally – defied Australia’s brilliant attack to bat their longest in the fourth innings of a Test since 1979.

No Test match in Australia had gone down to the wire since Faf du Plessis famously stonewalled Australia’s attack in 2012 to conjure one of South Africa’s greatest innings. In one of the most extraordinary rear-guard partnerships, Hanuma Vihari and Ravichandran Ashwin similarly defied the odds in a gutsy partnership to bat through the entirety of the final session to secure a draw. 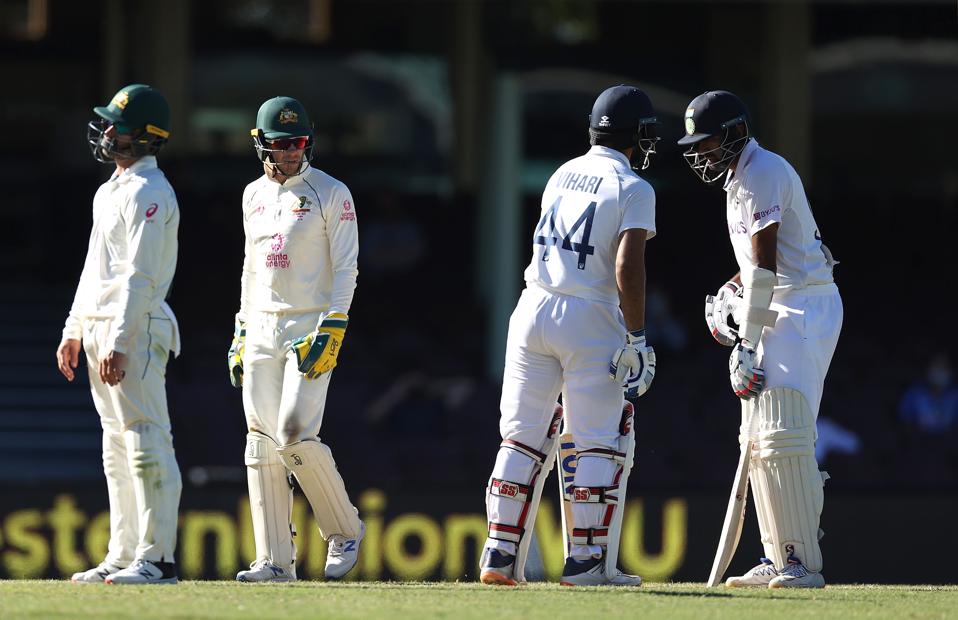 India had long given up hope of winning the Test but defiantly holding off Australia was remarkable. The stodgy defense contrasted with the opening session which will be fondly remembered for dynamo Rishabh Pant’s audacious pyrotechnics show.

The diminutive wicketkeeper is mainly picked because of his batting expertise and Pant’s selection has stirred controversy, particularly with traditionalists adamant that the best gloveman should be an automatic inclusion.

Pant had been criticized for his sloppy ‘keeping and fairly rash batting. But promoted to No.5 and still showing the effects of an elbow injury, Pant played a blinder of an innings that turned the Test on its head. He proved that he’s worthy in the team as a specialist batsman.

Before the fireworks, Pant played against type and blunted the attack after the key early wicket of captain Ajinkya Rahane. The left-hander resisted Australia’s star-studded bowlers maturely, knowing he had to support mainstay Cheteshwar Pujara.

A big partnership between the two contrasting batsmen realistically loomed as India’s only hope of an unlikely victory.

The youthful Pant was undaunted and he counterattacked in fashion uncommon – but nonetheless breathtaking – on a fifth day pitch, which surprisingly was benign. After having a prolonged sighter, Pant’s innate attacking instincts took over as he started to dominate in fashion reminiscent of Brian Lara’s famous SCG gem. In fact, he seemed to shift into Twenty20 mode by smashing veteran spinner Nathan Lyon out of the attack. 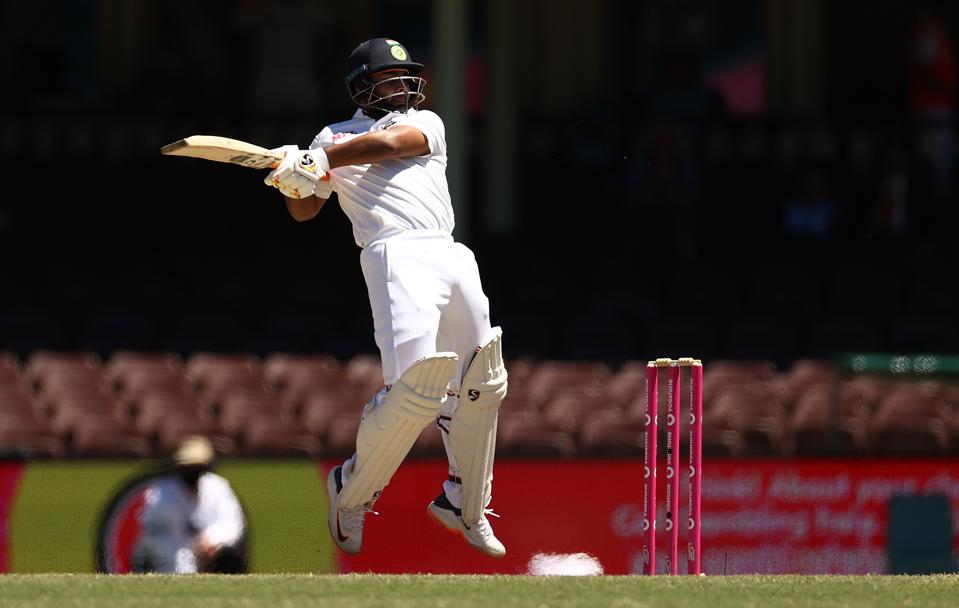 At one point during a whirlwind first session, Pant cracked two straight effortless sixes off Lyon to provide a flicker for India’s faint hopes. The partnership built swiftly past 100 and the duo made it to lunch to setup a pivotal second session.

Pant continued on his merry way and treated the Australian bowling with disdain even though he survived several nervy moments. On the cusp of a brilliant century, Pant’s cavalier approach proved his undoing on 97 as he unwisely attempted to whack Lyon for another boundary with the milestone flashing in his sights.

His dismissal was at a particularly inopportune moment with the second new ball just around the corner. Pant had the ability to power through the new ball and score runs quickly. If he – and Pujara – were still at the crease with under 100 runs to get then it would have been a very nervous Australia in the field.

Pujara fell later in the session to a pearler of a delivery from Josh Hazlewood and that appeared to be the game. Then something incredible happened that makes you fall back in love with this baffling sport. Vihari and Ashwin started seeing out overs even through ferocious short-pitched bowling where they copped vicious deliveries on the body. They also somehow thwarted Lyon’s menacing spin.

The overs started dwindling. Suddenly it was under 20 remaining. Then it was into the final nerve-jangling hour. The slow burn and excruciating tension makes Test cricket so irresistible in these moments. It doesn’t happen often – too infrequently in Australia, certainly – but when it does there is no more gripping sports spectacle.

India’s fight and pride were once again on display. Already missing captain and best batsman Virat Kohli, a wounded India lost star allrounder Ravindra Jadeja to injury. In a further blow, out-of-form Vihari injured his hamstring running between the wickets in the second session and noticeably struggled to move properly at the crease.

India fought gamely to the end and again proved their competitiveness in the difficult terrain of Australia, which has sunk most touring teams over the years. Bar their calamity in 2011-12 through a wheezing, over the hill team, India have been superb tourists Down Under for almost two decades. 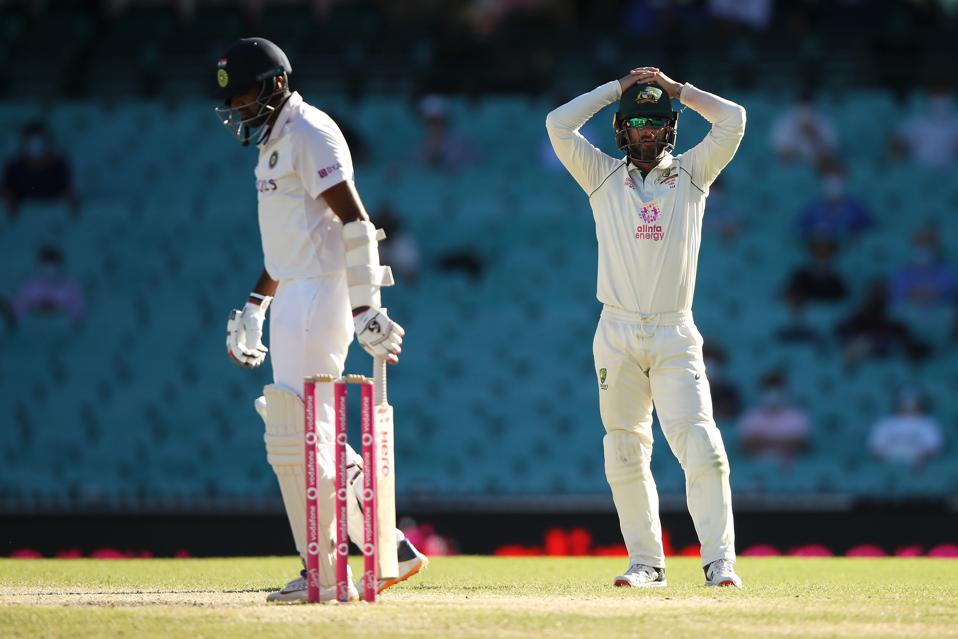 It all makes allegations of racist abuse directed at the Indian team from sections of the crowd on day 3 and 4 so disappointing.  Six people were ejected and play halted for nearly 10 minutes on day 4 after India’s young quick Mohammed Siraj, who had been fielding near the boundary and close to rowdy spectators, made a complaint. It is highly unusual for play to stop for that long during a cricket match. Something major was awry.

The International Cricket Council, Cricket Australia and local police are investigating the incidents.

There were reports in the Australian press that the alleged abuse on Day 4 wasn’t racist but Indian media citing sources within the Indian governing body say Siraj and Bumrah were subjected to abhorrent slurs. 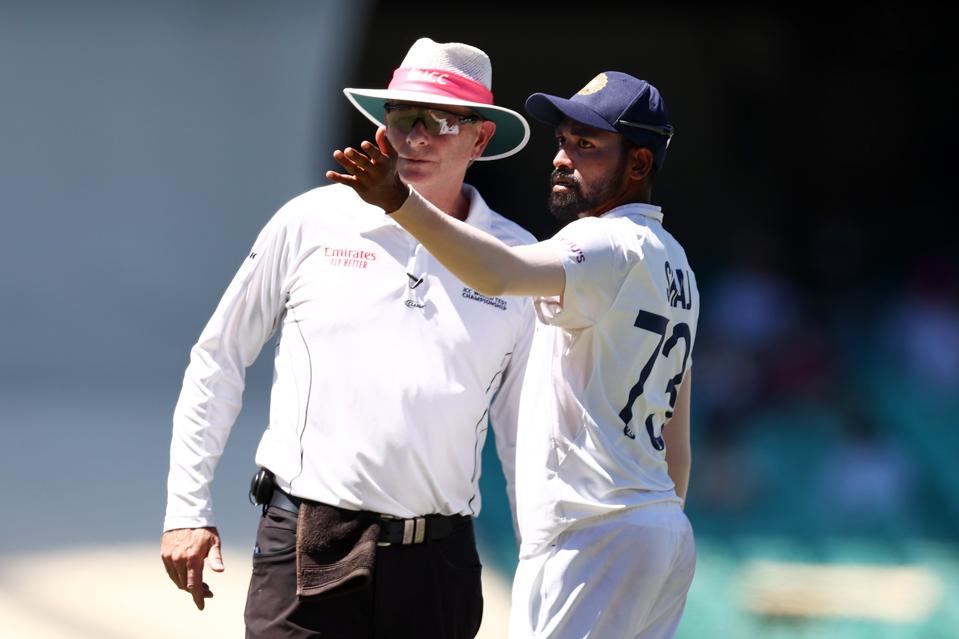 Whatever the case, the Indian camp are aggrieved and it is a crying shame after the magnificent cricket they’ve produced in these grim pandemic times. Fans should be especially grateful, particularly to the brilliant Bumrah whose eclectic skills are a treasure and, so too, the youthful exuberance of Siraj who missed the funeral of his father while on this tour.

This Indian team deserve far better. But perhaps justice was served on-field. For the second consecutive Test, India produced an all-time performance. This is a gritty and great team.