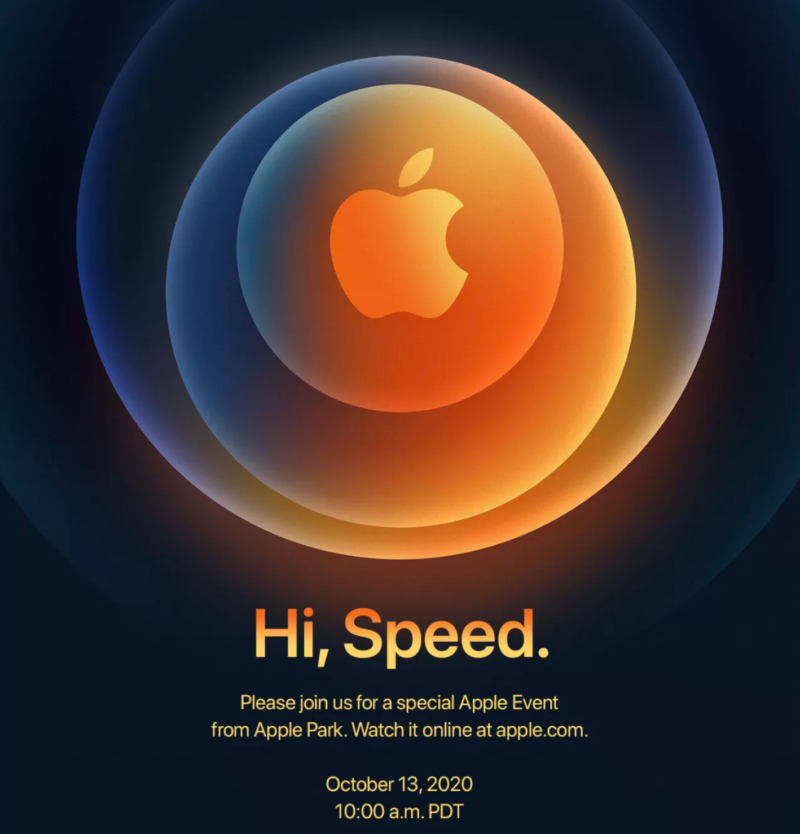 Apple normally introduces each year’s new iPhone model at a September event, but the iPhone was conspicuously missing from Apple’s September 15 event this year. That event focused on other products, including a new iPad and a new Apple Watch.

Now Apple has announced an October 13 event—that’s a week from today—with the tagline “Hi, Speed.” It will begin at 10am Pacific Time.

The announcement doesn’t specifically mention the iPhone, but it’s a safe bet that Apple will introduce the new iPhone 12 lineup at the event. And we have a lot of information from fairly reliable sources about Apple’s new phones. Here’s how Ars Technica’s Sam Axon described the expected lineup last month:

Apple will announce four iPhones: two successors to the iPhone 11 in two different sizes, and a successor each to the iPhone 11 Pro and iPhone 11 Pro Max. All signs point to a major redesign across the board—the first since the iPhone X was introduced in 2017—that would include, among other things, flattened metallic edges similar to those on the recent iPad Pro models, or the iPhone 4 and 5.

The reports claim that the two cheaper models will have aluminum edges, while the two pricier ones will feature stainless steel.

Reports indicate that the phones will likely feature Apple’s new high-performance A14 chipset and a super-fast 5G wireless modem. These changes may explain the “Hi, Speed” tagline. Apple may also introduce a short-range lidar sensor to the back of some iPhone models—just as the company did with the iPad Pro earlier this year.