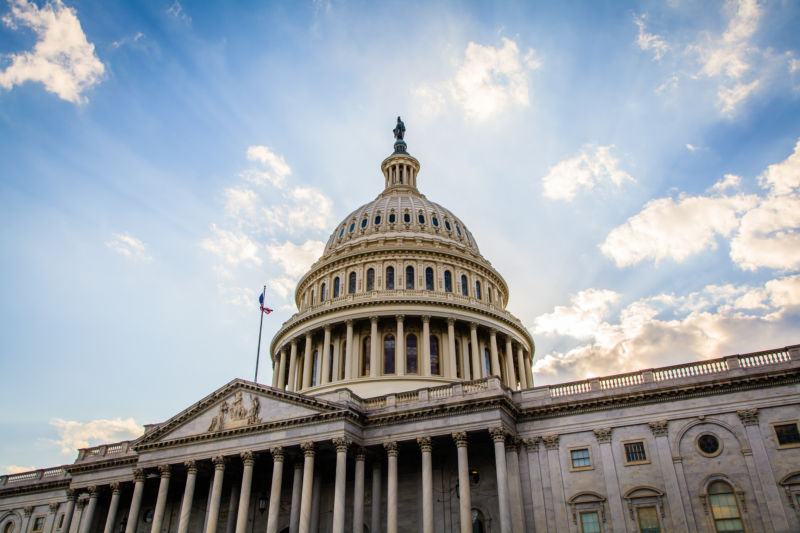 Last June, the House Judiciary Subcommittee on Antitrust, Commercial, and Administrative Law began an in-depth investigation into four major firms—Amazon, Apple, Facebook, and Google. The subcommittee wanted to answer one key question: did Big Tech get big playing by the rules, or does it cheat to stay at the top? After 16 months of hearings, research, and analysis, the panel’s findings are out… and the results look really bad for every company involved.

“As they exist today, Apple, Amazon, Google, and Facebook each possess significant market power over large swaths of our economy. In recent years, each company has expanded and exploited their power of the marketplace in anticompetitive ways,” Judiciary Committee Chairman Jerrold Nadler (D-N.Y.) and antitrust subcommittee Chairman David Cicilline (D-R.I.) said in a joint statement. “Our investigation leaves no doubt that there is a clear and compelling need for Congress and the antitrust enforcement agencies to take action that restores competition, improves innovation, and safeguards our democracy.”

What was Congress looking for?

As we’ve explained before, antitrust law isn’t just about monopolies. Being the largest player in a sector—even if you’re so big you dwarf any potential competition—isn’t inherently unlawful. Sometimes that can just be the way a market shakes out.

Antitrust law is instead concerned with what you did to become dominant and what you do with the outsized power that comes from being the biggest. If you have a 90 percent market share but it all came from natural growth and you deal fairly with other companies and with consumers, antitrust regulators are probably going to leave you alone. But if nascent startups can demonstrate you used your bulk to knock them out before they could become real competition, or if competitors can show you unfairly leveraged different parts of your business to squeeze them out? Those are problems.

After conducting seven hearings, reviewing more than 1.3 million internal documents, conducting more than 240 interviews, and reviewing submissions from 38 antitrust experts, the committee found evidence that all four companies have acted anticompetitively and are continuing to do so today.

Amazon: It’s the everything

Amazon is dominant in online sales, the committee found. Between its first-party sales and its third-party marketplace, Amazon controls roughly 50 percent of the US e-commerce market and a much higher percentage in certain sectors, such as e-books. And the company uses that gatekeeper, monopoly power unfairly, the committee concluded.

Amazon leverages its power on both sellers and manufacturers to break agreements, push for unfairly favorable terms in negotiations, and lock would-be competitors into its ecosystem, the report concluded. The problems were particularly pronounced in the company’s third-party marketplace. Roughly 2.3 million vendors worldwide sell their goods through Amazon’s marketplace, and of those, just over a third “rely on Amazon as their sole source of income.” In other words, Amazon is their storefront, and Amazon uses that leverage to twist metaphorical arms whenever it likes.

“Numerous sellers told Subcommittee staff in interviews that they cannot turn to alternative marketplaces, regardless of how much Amazon may increase their costs of doing business or how badly they are treated,” the report reads. “Sellers feel forced to be on Amazon because that is where the buyers are.”

And of course, Amazon is also a retailer, and in many categories of goods, it competes directly with the sellers for whom it is providing infrastructure. It hoovers up data from third-party sales to inform its own product launches, then it competes directly with the merchants who are relying on it for their livelihood. It also operates a logistics business that it strong-arms those sellers into using by allowing its opaque “buy box” algorithm to penalize sellers who don’t.

Amazon also behaved anticompetitive around several of its dozens of acquisitions over the past decade, the committee found. Not only have these purchases led to less consumer choice and vastly expanded Amazon’s trove of consumer data, but in at least one case, Amazon used predatory pricing to undercut and eventually acquire a rival firm anticompetitively.

The report finds that Amazon continues to leverage its power up and down the chain to make the costs of walking away from it too high for most businesses and consumers—in antitrust terms, these are called switching costs and network effects. “Amazon expanded its market power through avoiding taxes, extracting state subsidies, and engaging in anticompetitive conduct—tactics that have given the company an unfair advantage over actual and potential competitors,” the report concludes. “Amazon’s market power is durable and unlikely to erode in the foreseeable future.”

However, the report concludes, Apple does have a monopolistic hold over what you can do with an iPhone. You can only put apps on your phone through the Apple App Store, and Apple has total gatekeeper control over that App Store—that’s what Epic is suing the company over.

That monopoly control allows Apple to “generate supra-normal profits” from the App Store, the report finds, and those profits have become a dramatically higher percentage of Apple’s revenue over time, now generating billions more than the company spends annually to run the App Store.

Apple also ties its in-app payment system (IAP) to the app store in an anticompetitive way, the committee found. Citing internal Apple communications as well as testimony from the founders of ProtonMail and Hey, among others, the report finds that “Apple has leveraged its power over the App Store to require developers to implement IAP or risk being thrown out of the App Store.”

Using IAP raises costs for developers, several testified. For apps that compete directly against Apple’s own first-party services, they said, paying Apple for the privilege of making less money doesn’t make economic sense—that’s the heart of Spotify’s complaint against Apple. But developers also say they can’t leave iOS, because although iPhone users are a minority of the market, they tend by and large to have more money and be bigger spenders than Android users. (Several of these developers joined together earlier this fall to launch a trade group pushing for Apple to lower its fees and untie the App Store from IAP.)

Facebook outright “has monopoly power in the market for social networking,” the report concludes, and that power is “firmly entrenched and unlikely to be eroded by competitive pressure” from anyone at all due to “high entry barriers—including strong network effects, high switching costs, and Facebook’s significant data advantage—that discourage direct competition by other firms to offer new products and services.”

Facebook alleges that it competes heavily for users with other platforms such as Twitter, TikTok, Snapchat, and Pinterest. But it doesn’t compete with other major platforms, such as Instagram, because it bought them up before they could become real competition. The company’s top four apps, taken together—Facebook, Instagram, Messenger, and WhatsApp—comprise four of the seven most-popular mobile apps inside the United States. Facebook’s flagship app alone reaches 200 million US users, or 74 percent of smartphone users.

That reach alone keeps people using the product. There’s a high switching cost for social media platforms because users want to go where their friends are. “Either everyone uses them, or no-one uses them,” an internal Facebook document concluded. Facebook also hides its data portability settings from users, the report concluded, which leads users to keep their accounts active so they don’t lose information such as photo albums.

But regulators did not block Facebook’s blockbuster acquisitions of either Instagram or WhatsApp, and they didn’t stop 60 other Facebook acquisitions. This led to what one former employee described to the committee as collusion between the platforms, “but with an internal monopoly.” The employee added: “If you own two social media utilities, they should not be allowed to shore each other up. It’s unclear to me why this should not be illegal. You can collude by acquiring competitors and forbidding competition.”

Facebook used some of those acquisitions, such as the VPN service Onavo, to gather nonpublic data on other firms’ apps and then use that data to further inform its own acquisition strategy. Snapchat legendarily maintained a dossier, called “Project Voldemort,” on Facebook’s attempts to undercut Snapchat’s business and acquire the firm at a cut rate.

This strategy was deliberate, the committee found. As evidence, the report cited internal communications from Facebook CEO Mark Zuckerberg and other company leadership. “Facebook’s serial acquisitions reflect the company’s interest in purchasing firms that had the potential to develop into rivals before they could fully mature into strong competitive threats,” it concludes.

Facebook also used acquisitions, such as its purchase of ad service Atlas from Microsoft, to expand its grasp on consumer data and become a major player in the online advertising market, where it now dominates. “Notwithstanding Google’s dominance,” the committee wrote, “market participants interviewed by the subcommittee consider Facebook ‘unavoidable’ or ‘must have’ due to the reach and scale of its platform.”

Together with Google, Facebook is one half of a duopoly that controls online advertising to the detriment of competition, the committee concluded.