How Do Pesticides Affect a Bee’s Internal Clock? 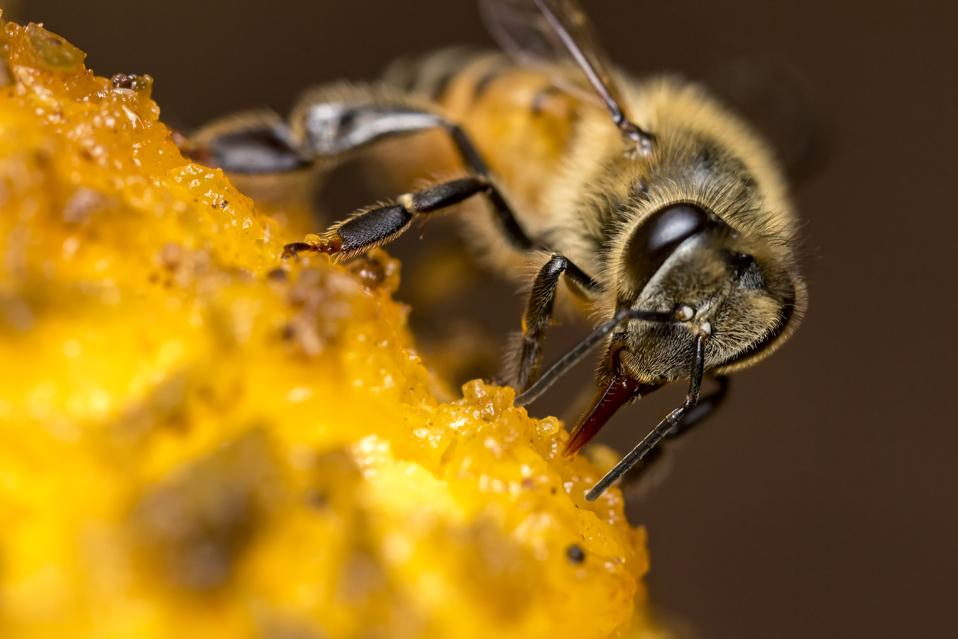 Honey bees are the largest pollinators in the world.

We’ve known for quite a while that pesticides can be detrimental to a bee’s health. Just as the public began to notice this decline in bee populations, however, the chemicals took off as a popular plant maintenance technique. Yet know one really knew the specific cause for the deaths. Now researchers from Vanderbilt University might have found that correlation.

Research led by Doug McMahon, Stevenson Chair of Biological Sciences, sought to explore the connection. In their study, “Neonicotinoids disrupt circadian rhythms and sleep in honey bees” which was published in the journal Scientific Reports, the Vandy team found that when bees pollinate plants which have been covered in certain pesticides that contain nonlethal levels of neonicotinoids, a chemical resembling nicotine, the bees are losing sleep, causing a disruption of their circadian rhythm. This, in turn, can cause the honey bees to lose their sense of time and navigation, which leads to broader stress within highly social bee populations and lower hive survival rates.

“Neonicotinoids are nicotine like chemicals,” says McMahon. “They attach to, and stimulate, neurochemical receptors that are responsible for communication of signals within the brain. So they artificially overstimulated these receptors.”

In a series of experiments that exposed the bees to constant light, constant darkness and light and dark cycles, the researchers found a surprising mechanism by which the pesticide acts. Constant light conditions disrupted the circadian rhythm in 28% of bees. When levels of pesticides common in flower nectar and pollen were added to the bee’s food supply, the number jumped to up to 46%.

“What we believe is that these small doses of neonicotinoids are acting like an artificial light stimulation to the clock neurons, as if you’re leaving the light on all the time,” explained McMahon. “It’s like a background light, which is very unnatural. And they disrupt the clock function.”

Neonicotinoids are one of the most common types of pesticides in the world, accounting for more than one fifth of the world’s insecticide market, being utilized in more than 120 countries with at least 140 different crop uses.

“Graphically, normal circadian rhythms look like steady waves,” said Manuel Giannoni-Guzmán, the paper’s co-first author. “When we observed bees that consumed neonicotinoids over several days, we saw a loss of waves, movement at random times or signs of barely any sleep at all.”

Economically, honey bees contribute more than an estimated $15 billion to the American agricultural economy. Many crops, such as almonds, which contribute $4.8 billion to the industry each year, rely on honey bees for more than 90% of their pollination. A single bee can pollinate up to 5,000 flowers a day, and their combined efforts support a third of the world’s food crop production.

“Regulators in Europe have decided it’s a big enough problem that they banned most of the uses of these neonicotinoids,” said McMahon. “So there are there are indications in the scientific literature that (neonicotinoids) are having impacts on honeybees and other pollinators that have led some countries to restrict their use. If we lose the honeybees, we’ve got some significant challenges both ecologically and economically.”

Next, the researchers intends to look further into the mechanistic level of their findings by investigating the neural circuits of honey bees and the influence of neonicotinoids at the molecular level. McMahon says that since they now understand that the disruptive effect of pesticides is on a bee’s circadian rhythm, there may be a way to help honey bees reinforce and maintain their clock function to offset issues caused by the pesticides.