Stocks are near record highs, but they’re finally getting cheaper to buy.

No longer do investors need to buy a minimum of 100 shares at a time or even one full share, often at prohibitive cost. Fractional-share trading enables you to purchase a sliver of a share with as little as $1, putting a stake in single stocks within anyone’s reach. As with any technology, whether that’s good or bad depends on how you use it. 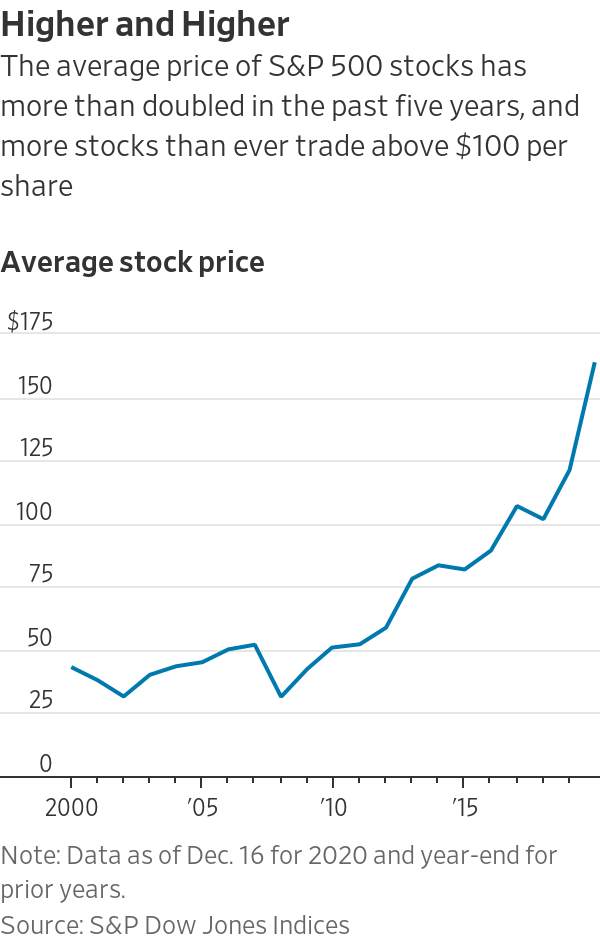 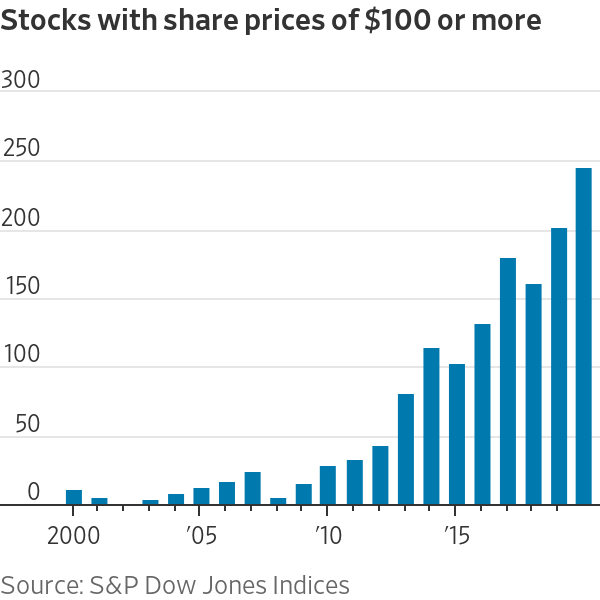 Earlier this month, the Securities and Exchange Commission adopted rules redefining a “round lot,” which has long been 100 shares. From now on, it will consist of 100 shares only for stocks priced up to $250. At higher prices, the size of a round lot drops to 40 shares, then 10. Above $10,000, a single share will constitute a round lot.

Richard Repetto,
who follows the financial-services industry at Piper Sandler & Co. in New York, calls this “one of the most significant changes to market structure in a decade and a half.” The SEC rule is a long-overdue recognition that you shouldn’t need thousands of dollars to buy a single stock—though the regulator’s definition of a round lot has mattered less to small investors in recent years.

That wasn’t always the case. When I bought my first stock as a teenager in 1976, my parents’ broker at Shearson Hammill & Co. wouldn’t handle less than a 100-share round lot. My order to buy MacAndrews & Forbes Inc. went through at 9 ⅜, so my total cost for 100 shares, including commissions, was nearly $990.

Fortunately, I ended up selling my stake in the company (which later went private) for about a 25% net profit.

But I’d had to venture most of my life’s savings to place the smallest possible order. If you can afford to buy only one stock at a time, investing is far riskier than it should be.

That inability to diversify with small sums turned me off buying individual stocks for years. (I used mutual funds instead.)

Today, fractional shares enable you to build a homemade diversified portfolio, one stock at a time, even with the tiniest sums.

Jason Zweig writes about investment strategy and how to think about money.

Interactive Brokers Group,
Inc., based in Greenwich, Conn., introduced fractional trading last November. Its customers do about 7,500 fractional trades a day at a minimum of $1 (or 0.0001 share) per stock, says Chairman

Some small investors want to buy stocks with high prices, such as Amazon, but experience “sticker shock” at paying thousands of dollars apiece, says Neesha Hathi, chief digital officer at Schwab. Other, larger investors want to set up a gift or starter account for their children or grandchildren with a few hundred dollars or less.

At Schwab’s minimum of $5 per stock, an investor “can diversify even if you’re only doing $50,” says Ms. Hathi. The average buy order in Schwab’s fractional service is about $300.

At Fidelity, more than 700,000 customers have invested in fractional shares since the firm began offering them in February, says a spokesman.

Fractional trading can have a dark side, however.

Robinhood, the trading app, permits users to put as little as $1 apiece into a stock, highlighting even the tiniest positions with its dynamic, colorful graphics.

Being able to own dozens of stocks at a time with as little as $1 in each can be addicting, says New York University cultural anthropologist Natasha Schüll, author of the book “Addiction by Design: Machine Gambling in Las Vegas.”

More from The Intelligent Investor

In what she calls nanomonetization, casinos and sports-betting platforms break a single event into myriad opportunities for speculation. Slot machines, which used to have three reels, now often offer the opportunity to bet on 20 lines or more at once.

“That way you’re almost always winning on some lines even though you’re losing overall, which encourages you to play more often and play longer,” says Prof. Schüll. “The more time you spend on the device, the more likely you are to have a ‘slow bleed’ to zero.”

I felt that myself when I tried trading on Robinhood recently. I always seemed to have a win even when my total balance was shrinking. That kept me coming back for more trades. In the end, I lost money.

Have you bought fractional shares? Join the conversation below.

“Allowing investors to buy and hold more stocks through [our] fractional share program can help investors build more diversified portfolios of shares they would not have been able to afford in the past,” says Madhu Muthukumar, senior director of product management at Robinhood. “Suggesting that holding many small positions ‘mutes’ the perception of losses on the portfolio feels like an argument against diversification.”

Fractional shares have enormous potential for introducing millions of fledgling investors to stocks. They also could help enable almost anyone to design a custom index fund that can encourage long-term investing at near-zero cost and high tax efficiency. But there’s a fine line between using them and abusing them.

Write to Jason Zweig at intelligentinvestor@wsj.com