Ravichandran Ashwin (R) and Tim Paine were in the heat of the action in Sydney. (Photo by DAVID … [+] GRAY/AFP via Getty Images)

The best Indian Test cricket team ever? That’s debatable. In the 2000s, India boasted an impregnable batting order with an engine room consisting of two of the four highest Test run scorers in history and an attack featuring a duo in the top five wicket takers ever for spinners.

It’s an argument for another day. A better question now – Are these tourists Down Under India’s grittiest ever team? Maybe this isn’t even worthy of the talking heads considering India’s incredible fight in the four-match Test series which comes down to the decider in Brisbane starting on Friday.

Injury-plagued and confined to the challenges of ever-changing bubble protocols, India have roused an inspiring backs to the wall effort in the difficult terrain of Australia. They were utterly humiliated in the first Test – enduring the embarrassment of tallying just 36 in their lowest ever score – then losing talisman Virat Kohli for the remainder of the series after the captain returned home for the birth of his first child.

Against all the odds, India comfortably won the Boxing Day Test then dodged defeat in a draw for the ages in Sydney made more impressive by having to endure the ugly spectre of crowd racism in the backdrop. India have never been braver – or better. 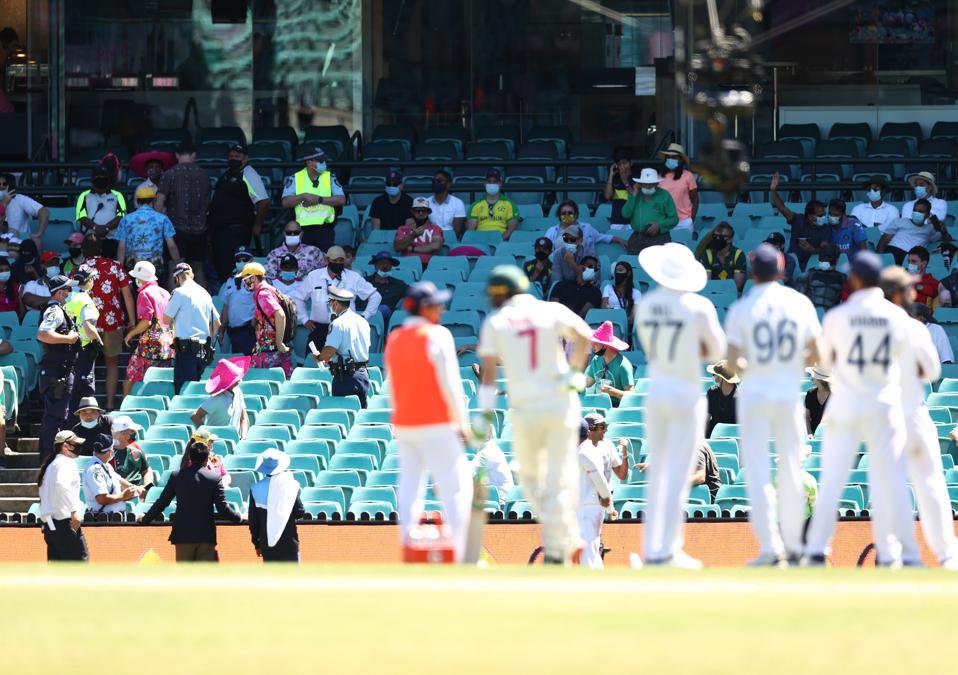 There were allegations of crowd abuse at the Sydney Test match. (Photo by Ryan Pierse/Getty Images)

Can they summon the energy for one last hurrah? It’s going to be mighty difficult considering India have barely any players left standing. Star quick Jasprit Bumrah is an unlikely starter meaning India are without their frontline pace attack, while key allrounder Ravindra Jaedja has been ruled out.

Adding to the degree of difficulty, an undermanned India will be attempting to conjure the impossible – beat Australia at its Gabba fortress. The hosts have not lost a Test there since Kohli was just a couple of weeks old – back in 1988 when the then unstoppable West Indies won by 9 wickets.

Generally the Australian Test summer opener, the Brisbane Test is formidable terrain for Australia, who relish the pace and bounce of the Gabba pitch. Amid its steamy surrounds and rowdy patriotic support from the sun-drenched supporters in the stands, traditionally Australia overwhelm undercooked touring teams here.

A section of the Gabba is referred to as the ‘Vulture Street’ end – a nod to an adjacent street – but has an eerie connotation for visitors. Through decades of continual success, Australia ominously hover over meek opponents here and it perennially feels like a schedule loss for touring sides. It is little surprise that Australian players continually lobby its administrators to schedule Gabba Tests even though the ground is ageing and has fallen down the pecking order. 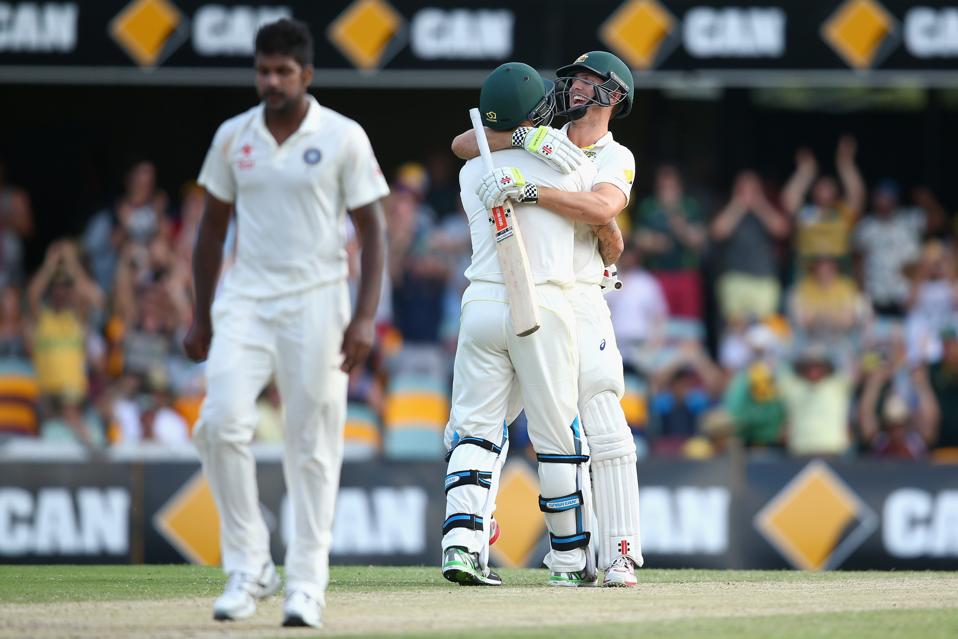 Australia defeated India in a Test at the Gabba in 2014. (Photo by Cameron Spencer/Getty Images)

Perth – boasting its magnificent new stadium – was vying for this Test but the wishes of Australia’s players were granted. There has been continual upheaval amid the COVID-19 pandemic with borders closing around Australia, meaning the Gabba Test’s status was unknown– even just days ago.

But here we are. And the pressure is firmly on Australia, who need to win the match to reclaim the Border-Gavaskar Trophy. But they need to do more than that. Perhaps an even harder task awaits – prove they are likeable.

In the aftermath of the tense Sydney finale, Australia has been widely criticized for reverting back to the type of machoism and bravado that dogged the team before its cheating saga nearly three years ago.

Captain Tim Paine has received a torrent of criticism for his on-field abuse of Ravichandran Ashwin, who ended up being an unexpected hero for India on day 5. The crude comments were picked up by the television stump mic and capped a poor performance from the wicketkeeper, who was sloppy with the gloves and his captaincy unimaginative.

To his credit, Paine fronted the media the morning after and apologized. For such a pivotal figure in Australia’s turnaround after the Newlands debacle, Paine reverted back to the bullying Australian cricketer stereotype through petty insults befitting the schoolyard. It was obviously a poor lapse of judgement for the normally mild-mannered Paine.

With victory slipping away, a frustrated Paine couldn’t help himself. What he said was certainly pretty tame amid cricket’s once hallowed line of sledges but nonetheless was unsportsmanlike and, most notably, revived memories of the ugly Australian cricketer which was supposed to have been made extinct by the likes of Paine and coach Justin Langer.

It has – momentarily anyway – tarnished Paine who had won many plaudits for helping Australia become likeable again. He was in many ways the hero from the acclaimed docu-series The Test, which aired in the early stages of the pandemic. 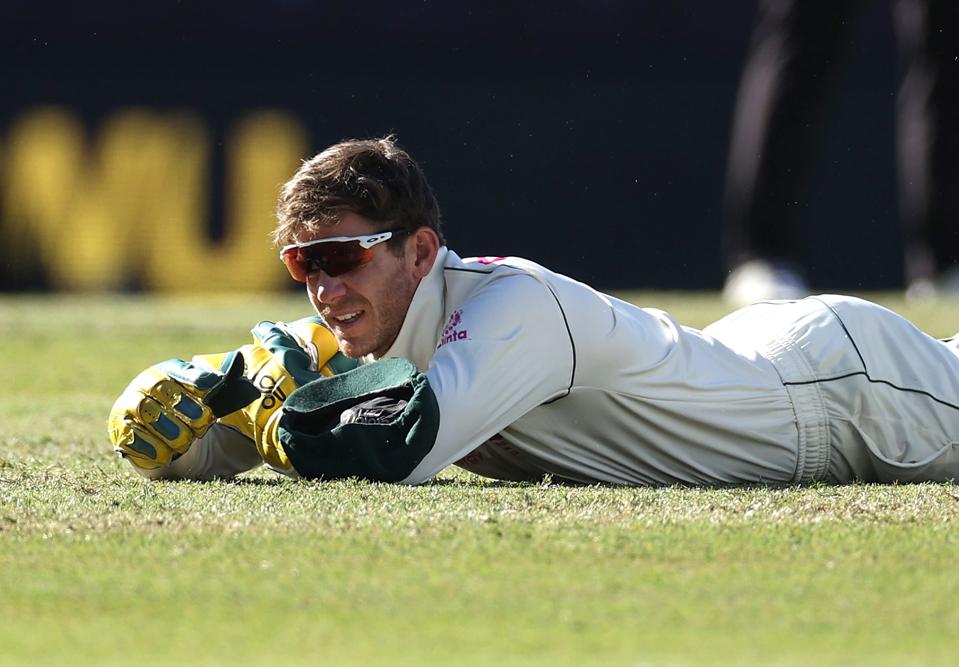 Tim Paine has received plenty of criticism in the aftermath of Sydney. (Photo by Ryan Pierse/Getty … [+] Images)

The pile on from the predictable quarters on social media was perhaps over the top but undoubtedly there are still old wounds from Australia’s cheating saga, which will take a generation to properly heal. Not even a feel good documentary or cliché slogans are enough to win over those who had the proverbial knife in the back.

It also provided an opportunity for critics – and Australia still have plenty – to sink the boots in. And they particularly relished going at Steve Smith, who has once again been accused of cheating after scratching the crease while fielding. The former captain was suspended for 12 months for his role in the Sandpaper scandal but quickly regained his status as the world’s best Test batsman.

There is no law against Smith’s actions and it seemed innocuous enough due to the maestro’s compulsiveness for batting practice. He’ll famously shadow bat anywhere – whether in his hotel room or, evidently, even at the crease when he’s not batting.

It was a storm in a tea cup but again underlined how shaky trust is and that brainless actions can undo regained credibility in an instant.

Once again, India and Australia – cricket’s most intriguing and tempestuous contest – has produced firecrackers both on-and-off field.