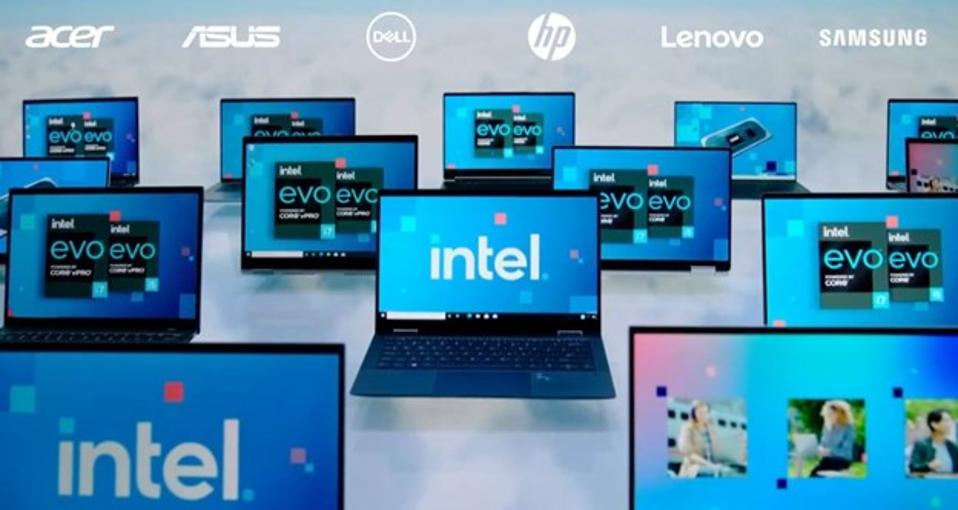 Intel is still the unit and revenue leader in the PC space, and with the PC market growing as much as 11% in 2020 and as much as 25% in Q4 of 2020, there’s still plenty of opportunities for Intel to get its groove back. This year’s Intel had two separate CES press conferences, with one delivered by the company’s GM of the Client Business, Gregory Bryant and Intel highlighted its Mobileye announcements which I wrote about here. Bryant brought on many presenters to show how the company is moving forward in the new year. While he led with some Xeon and Habana announcements in the datacenter, the press conference’s focus was client processors and computing that deliver meaningful performance improvements in real applications.

Net-net, I thought Intel had a very good showing.

While there is no doubt that AMD made a resurgence in 2020 in terms of competitiveness, the reality is that a lot of that momentum depends on products in the market. Intel’s most significant advantage is that it already has the relationships and supply chain in place to make virtually any number of customers spin up new designs and be successful. Intel’s platform experience and decades of brand trust and reliability have earned it the incumbent position it holds today. All of that does not mean much if you do not have customers building designs with your product, which makes Intel’s announcement that there are currently over 120 11th Gen Core processor laptop designs much more meaningful. Of those 120+ designs, over 50 are also Evo Verified Designs, a launched program last year. While Intel already had some Evo designs in the pipeline, having over 50 Evo products in the pipeline is a positive development. I believe that the Evo program is a big step in the right direction, improving the PC user experience. I have tried and really liked Evo designs from HP, Dell, and even Razer.

As a part of adding more Evo designs, Intel has introduced Evo for Chromebooks, which means that there will be certain Chromebook designs that will get Intel’s extra attention…. And marketing dollars. These new 11th Gen Core-powered Chromebooks will benefit from gen-on-gen improvements of up to 2.5x in multitasking productivity apps and up to 5x faster web productivity against the competition. These new Chromebooks will not only be faster than the previous generation, but they will also have an improved overall user experience thanks to the Evo program. Intel is extending the Evo program to Chromebooks and into vPro processor for business, which significantly broadens Evo’s scope and makes sense if Intel wants Evo to make a difference. It also indicated a more premium experience.

Intel usually leads with the consumer versions of its Core processors and quickly follows with the enterprise-friendly vPro processors. This year is no different with Intel launching new 11th Gen Core vPro processors for business, which benefit from all the improvements that come with the 11th Gen Core family codename Tiger Lake. What I did find interesting, though, was that Intel was not shy in making performance and security comparisons against AMD. Intel knows that security is at the heart of many enterprises’ IT departments. While Intel has had many vulnerabilities in the past few years, it is still very much committed to security and manageability. If Intel sticks its vPro security messaging, it will be bard for AMD to gain traction in the commercial market. Intel has expanded the market for vPro, coming right after AMD’s strength in smaller businesses.

Celeron and Pentium Silver for education

Intel also updated both the Celeron and Pentium Silver families of processors targeted explicitly towards education. These processors utilize Intel’s latest 10nm architecture. While these are not necessarily part of the Core family of processors, they share some of the benefits of moving to 10nm, including as much as 35% better performance gen on Gen. Intel’s Celeron and Pentium Silver offerings are generally targeted towards lower-cost systems like the Surface Go or low-cost laptops and Chromebooks that sell for less than $399. While these products may not carry the same kind of excitement as the flagship Core series, the performance improvements will be meaningful for many kids worldwide. Intel even partnered with CDW and Chance the Rapper to give $250,000 worth of Intel-powered devices in the hands of deaf and hard of hearing kids at SocialWorks in Chicago.

I think this is a good testament to Intel’s ability to deliver 10nm silicon, too, as this is where there’s significant unit volumes.

Gaming has been one of the most prominent bright spots for the PC market during the pandemic. With many new product launches in 2020, there has never been more buzz around the PC gaming industry. 2020 also was the year that Intel had the most competition from AMD with the Ryzen 4000 series for mobile and the Ryzen 5000 series for desktop. As a response to AMD’s return to competition in the last few years, Intel now has three 11th Gen gaming processor families launching at CES 2021. The first is Intel’s 11th Gen S-Series processors codenamed Rocket Lake for Desktop; these processors will go direct head to head against AMD’s Ryzen 5000 series and finally bring PCIe Gen 4 to the Intel platform. Intel is also introducing a 35 Watt 4-Core H-series processor capable of up to 5 GHz Turbo, a higher TDP U-Series processor intended to fill the gap between the U-Series and H-Series for gaming. In addition to this new category and part, Intel also introduced the 11th Gen H-Series processors with 45W TDP, which most gaming laptop users expect to see in a gaming laptop. These new 11th Gen Core processors bring all of the benefits of the new 11th Gen Core architecture, including 20 lanes of PCIe Gen 4, which comes just in time to support NVIDIA’s newest RTX GPUs.

Overall, Intel had a positive showing and that the company intends to have quite a busy 2021 with all-new 11th Gen products across the board from enterprise and education into the stratosphere with desktop gaming. This week’s announcements include expanding 11th Gen into vPro and broadening the Evo program into vPro and Chromebooks. Intel also provided a peek into the future with some Alder Lake disclosures, which is Intel’s newest upcoming CPU architecture. Alder Lake is an extension of Intel’s leveraging multiple core architectures in a single processor with high-performance and high-efficiency cores working together. Alder lake will also utilize Intel’s Enhanced 10nm SuperFin process node and faster transistors, and improved MIM Capacitor to deliver a new family of desktop and mobile CPUs.

Note: Moor Insights & Strategy writers and editors may have contributed to this article.