Investors in Online Real Estate Could Get Iced This Winter

Investors who seemed convinced the U.S. real-estate market will continue to boom throughout Covid-19’s winter grip should think twice. Those who have managed to stay put thus far aren’t likely to suddenly jump ship as the weather chills and the pandemic spikes. 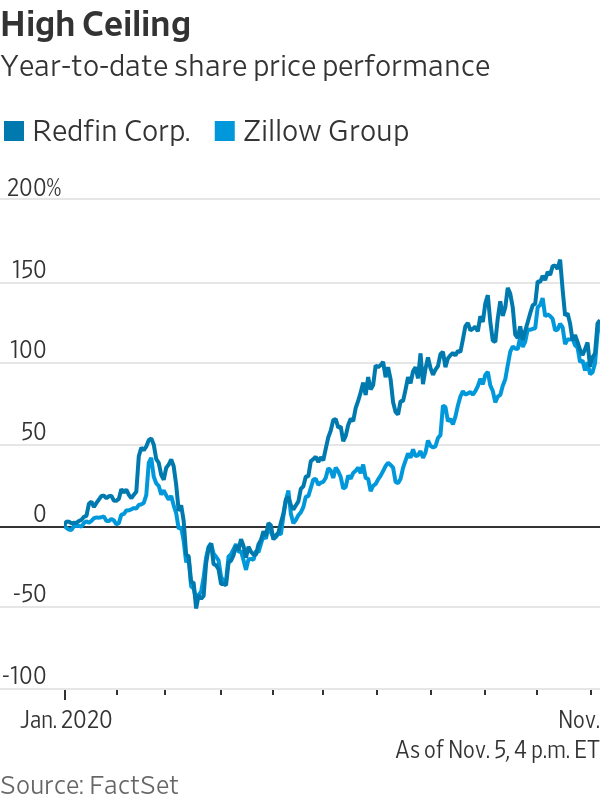 Shares of
Zillow
and
Redfin
have each soared 124% this year, as real-estate transaction volumes spiked amid the pandemic, led by urban dwellers in cities like San Francisco and New York running for the hills, in some cases literally. But are sun-loving Californians who haven’t already been tapped out by taxes or smoked out by wildfires likely to bail out now?

A weaker winter selling season could surprise investors in online real-estate companies, who sent Zillow shares up 10% after hours on Thursday following the company’s third-quarter report. Revenue of $657 million fell nearly 12% from a year prior but topped analysts’ estimates on upside from agent advertising revenue and a smaller-than-expected annual decline in its Homes segment, which includes its home-flipping business. Redfin, which preannounced more moderate third-quarter results in mid-October, saw its shares slip 3% after releasing the full results.

Both Zillow and Redfin argue the U.S. real-estate frenzy has legs. On a conference call with investors Thursday, Zillow chief executive officer Rich Barton said the pandemic has inverted consumers’ priorities toward living where they want rather than where they work, a trend he said “could take years to play out.” Zillow’s fourth-quarter guidance reflects this optimism, forecasting sequential growth in both its agent advertising and home-flipping businesses.

But as Covid-19 cases rise and threaten new lockdowns, some consumers’ moving fever could temporarily ease. SimilarWeb data, for example, shows growth for both visits and searches on Redfin and Zillow has declined since peaking around late August. And in a weekly report published Oct. 30, Zillow’s own data showed growth in newly pending sales had slowed 4.5 percentage points since the first week of September. 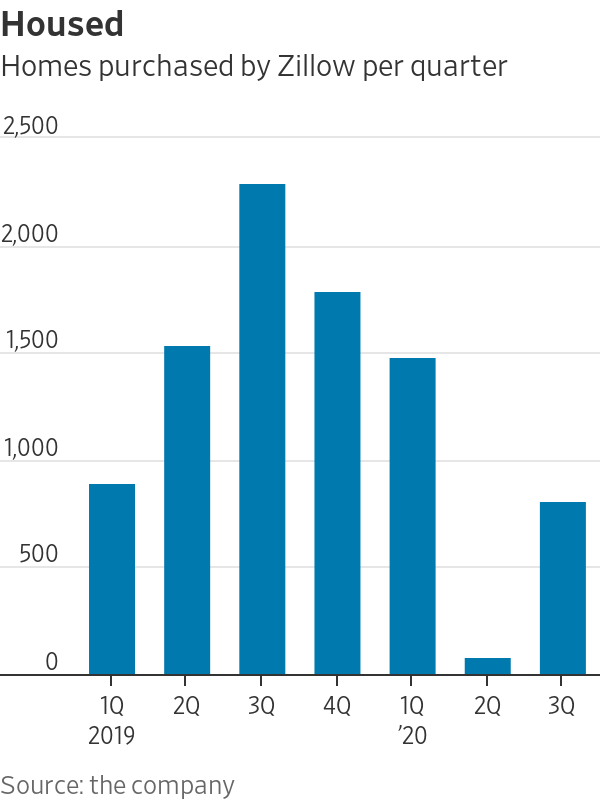 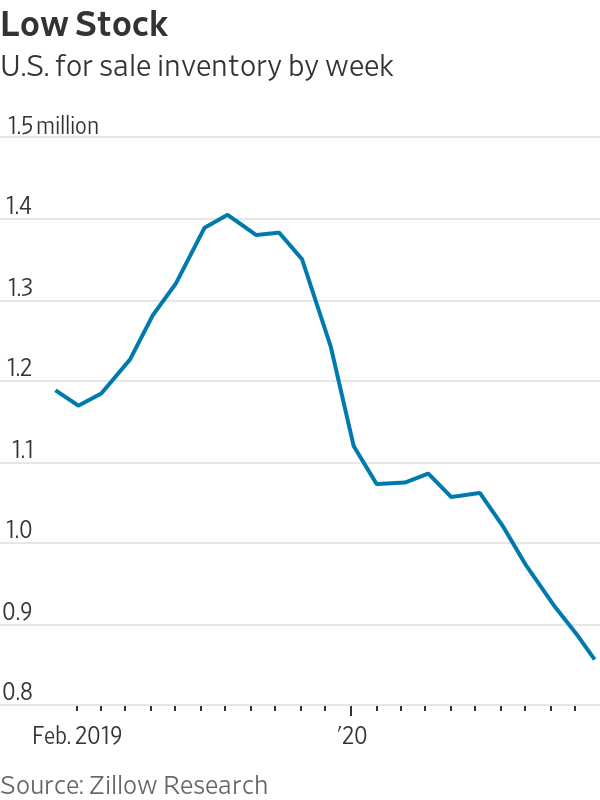 Skyrocketing home prices may not help. The national median climbed 14.4% in September versus last year, the biggest annual increase for any month since at least 2012, according to Redfin. At some point, high prices are likely to deter even motivated buyers, who in many cases may be considering taking pay cuts to move to more remote areas.

A recent Zillow survey found that nearly 40% of those planning to sell in the next three years believe they’ll get a better price if they wait. That is not good news for inventory levels, which are key to home-flipping businesses for online platforms like Zillow, Redfin and Opendoor. Redfin reported the number of active listings fell to their lowest level on record in September, the 13th straight month of declines. IBuyers have been hard at work rebuilding their own inventory after the pause in home buying early in the pandemic. But this is still very much a work in progress: Zillow said it purchased 808 homes in the third quarter, down from 2,291 in the same period last year.

Both Zillow and Redfin’s red-hot stocks took a sizable breather in October, which analysts in part chalked up to consumers’ uncertainty around a third wave of the virus. A recent Zillow survey confirms this trend, noting life uncertainty caused by the pandemic and precarious finances are the most common reasons people cite for waiting to list homes.

The “Great Reshuffling” that Zillow’s Mr. Barton has prophesied may well play out long term. But for the next several months, at least, it could have a little less curb appeal.

Write to Laura Forman at laura.forman@wsj.com