Korean Air to take over troubled Asiana Airlines for $1.6 bn 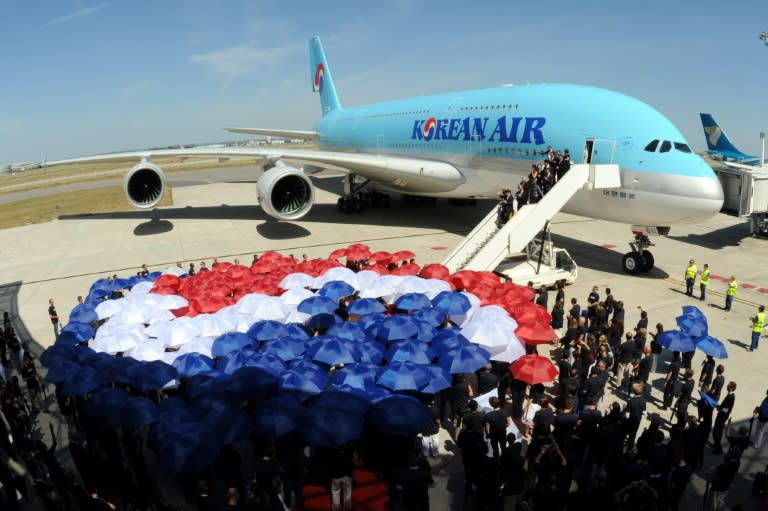 South Korean flag-carrier Korean Air said Monday it will buy out its smaller troubled rival Asiana Airlines in a $1.6 billion deal as it looks to consolidate with the coronavirus pandemic sending shockwaves through the global aviation sector.

Worldwide travel restrictions imposed to prevent the disease from spreading have wreaked havoc on the airline industry, hammering Asiana which was already in trouble.

“The main reason behind Korean Air’s decision to acquire Asiana Airlines at this time is to stabilize the Korean aviation industry, which is suffering from the Covid-19 pandemic,” Korean Air said in a statement.

“Once Korean Air completes its acquisition of Asiana Airlines, the airline is expected to be ranked as one of the top 10 airlines in the world.”

“Considering that Korean Air’s financial status could also be endangered if the COVID-19 situation is prolonged, it is inevitable to restructure the domestic aviation market to enhance its competitiveness and minimize the injection of public funds,” the Korean Air statement added.

Asiana has long been plagued by financial problems prompting parent company Kumho Industrial to put its 31 percent stake up for sale last year as it came under pressure from its creditors.

A previous deal for a South Korean builder, HDC Hyundai Developer, to acquire Asiana collapsed in September as the pandemic tore through the aviation industry.

Asiana reported operating losses of 268 billion won in the first six months of this year — with its debts soaring to 11.5 trillion won.

China has no theological basis to pick the next Dalai Lama: US