“Krebs has been terminated”: Trump fires cybersecurity chief on Twitter 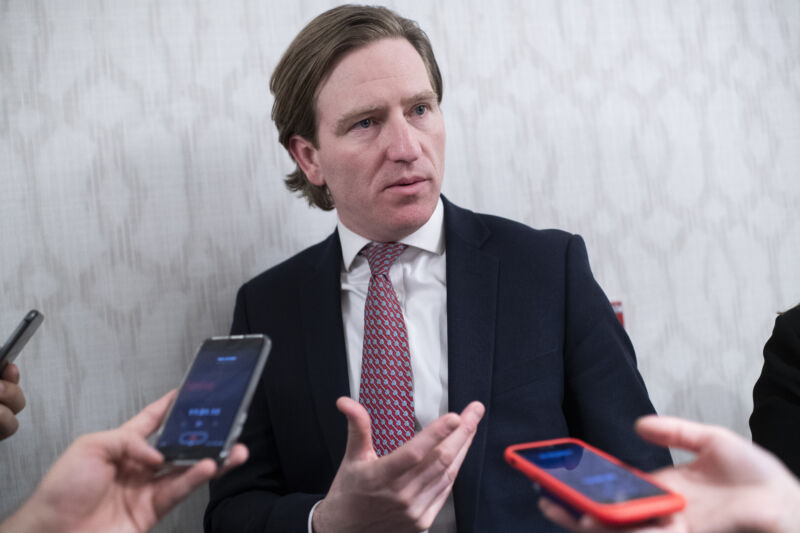 President Donald Trump has fired Chris Krebs, the head of the Cybersecurity and Infrastructure Security Agency, the president announced Tuesday on Twitter. Krebs’s firing has been widely expected after Krebs repeatedly disputed claims that election fraud was responsible for Trump’s loss in this month’s presidential election.

“The recent statement by Chris Krebs on the security of the 2020 Election was highly inaccurate, in that there were massive improprieties and fraud,” Trump tweeted. Trump claimed, without offering evidence, that there had been “dead people voting,” “poll watchers not allowed into polling locations,” and “glitches in voting machines that changed votes from Trump to Biden.”

In the two weeks since the election, Krebs and his agency have energetically disputed claims like these. The agency set up a “rumor control” site that listed common fraud claims and then argued that they were bogus. For example, it responded to concerns about dead people voting by stating that “voter registration list maintenance and other election integrity measures protect against voting illegally on behalf of deceased individuals.”

“Please don’t retweet wild and baseless claims about voting machines, even if they’re made by the president,” wrote election security expert David Becker in a tweet last week. Krebs retweeted this tweet from his official CISA Twitter account.

Krebs fully expected his confrontational approach to cause friction with the president. Last Thursday, Reuters reported that Krebs expected Trump to fire him. According to Reuters, the White House had been pressuring CISA to take down material debunking fraud rumors, but the agency had refused.

As it now does regularly, Twitter labeled Trump’s tweet announcing Krebs’ firing. “This claim about election fraud is disputed,” the label said.

On Monday, dozens of computer security experts signed a letter disputing claims that hackers had altered the results of the 2020 election.

“We are aware of alarming assertions being made that the 2020 election was ‘rigged’ by exploiting technical vulnerabilities,” the letter said. “However, in every case of which we are aware, these claims either have been unsubstantiated or are technically incoherent. To our collective knowledge, no credible evidence has been put forth that supports a conclusion that the 2020 election outcome in any state has been altered through technical compromise.”