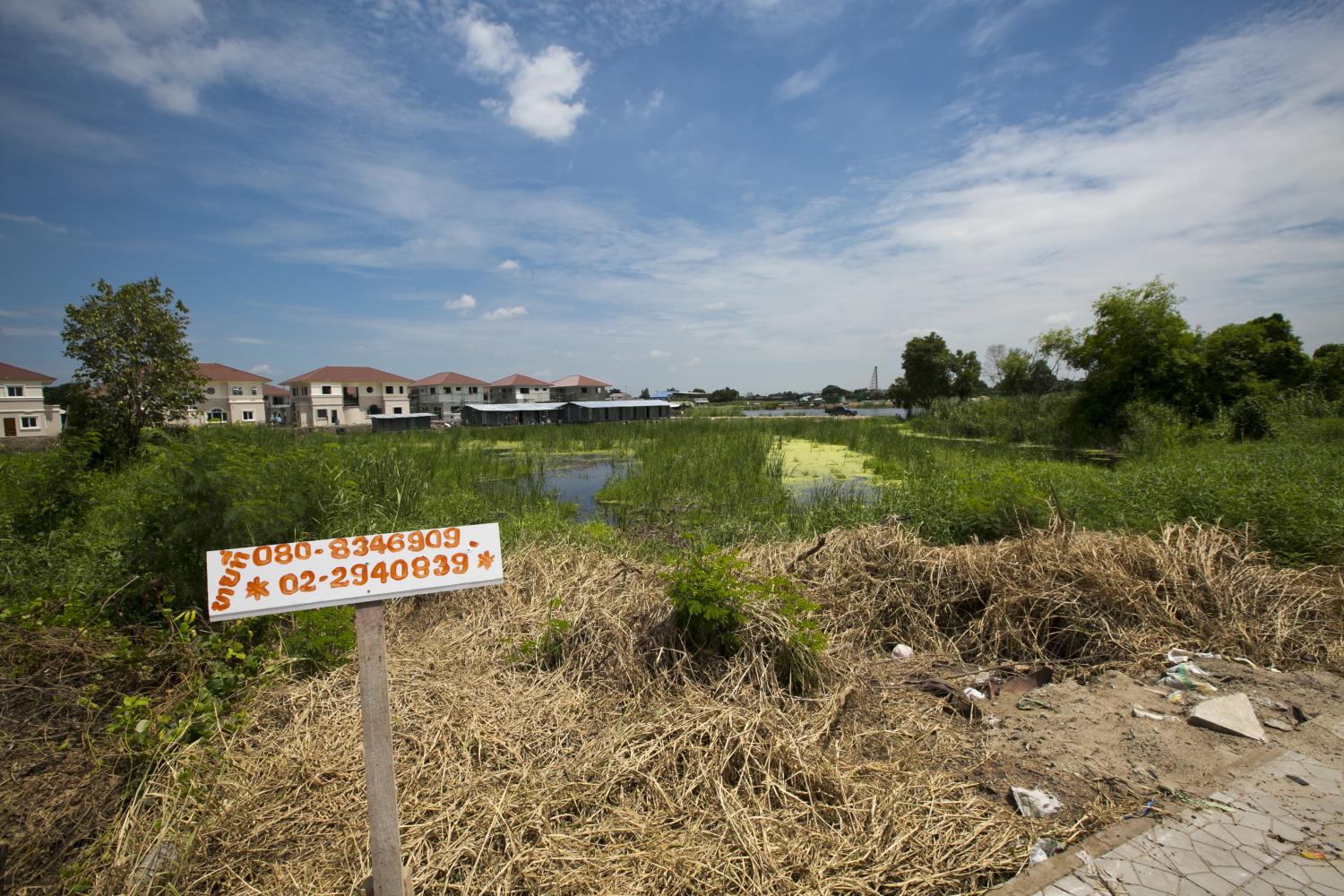 Authorities have flirted with a stronger property tax for years, but it always gets watered down.

The persistent pandemic crisis at home and abroad is a decisive factor in whether the long-awaited land and building tax, which is the Fiscal Policy Office’s (FPO) brainchild of 25 years, will produce the desired impact or not.

In June, the government decided to reduce eligible taxpayers’ burden of the land and building tax by 90% for this year’s tax liability following the pandemic crisis that has swept the globe with dire consequences such as higher unemployment and GDP contraction, said former FPO director-general Lavaron Sangsnit.

For 2021, eligible taxpayers of the land and building tax will have to meet their liability by April.

With the pandemic continuing unabated worldwide, the government may have to consider measures to alleviate taxpayers’ burdens.

For this year, a 90% reduction of the land and building tax significantly lowers taxpayers’ tax liability.

In the case of agricultural lands, the law grants individual owners a three-year tax exemption from 2020 to 2022.

In case of residential lands, the tax exemption is applied to individual owners with house registration at the main house. Under the existing law, first-home owners are already tax-exempted for the value of land and buildings up to 50 million baht and 10 million baht.

If a person owns the building but not the land, the tax exemption is permanent.

For other houses, such as second homes and subsequent housing properties, owners are liable for tax payment from the appraised house and land values. If the appraised value is 5 million baht, the owner would be taxed at 0.02%, or 1,000 baht. But since the 90% tax reduction is applicable, the tax liability would be reduced to only 100 baht.

For unused lands and cases where lands are used for commercial or industrial purposes, if the appraised value is 5 million baht, the tax rate of 0.3% is applied, making tax liability tantamount to 15,000 baht. But the liability would be reduced to 1,500 baht given the 90% reduction.

Mr Lavaron said a 90% reduction for the land and building tax will cause provincial administrations to lose around 30 billion baht of revenue from an estimated 40 billion generated from this tax policy.

The loss of revenue is a matter each provincial administration will have to shoulder in order to help the public get through the pandemic crisis, he said.

For an empty plot on Ratchadaphisek Road that has been turned into a lime farm to avoid the highest land and building tax bracket, the owner’s tax liability is around 2 million baht since the land is being used for agricultural purposes. That levy would jump to 20 million baht if the plot were classified as vacant land.

The plot was charged 100,000 baht a year under the house and land tax and the local development tax, which were replaced this year by the land and buildings tax.

The land and building tax has given landlords a heavier burden for speculative land holdings, said Mr Lavaron. This in turn pushes landlords to make use of their lands or lease them, either path is a boon for the economy, he said.

The government is estimated to receive around 40 billion baht worth of tax revenue from the land and building tax during the first two years of implementation.

But the tax revenue from the land and building tax would rise to around 60 billion baht if the tax bracket was higher and tax deduction measures were applicable.

Apart from how the tax rate is low for this year and next for owners of lands and buildings eligible for tax payment, the land and building tax also allows a gradual increase in tax liability to relief tax burdens.

The idea is to gradually increase tax liability towards the higher tax burdens. Eligible taxpayers will pay 25% of additional taxes for the first year and the rate will increase to 50% in the second year, 75% in the third year and 100% in the fourth year.

For instance, a landowner who paid a tax rate of 200 baht under the previous house and land tax, is liable to pay a sum of 300 baht. Tax liability for the first year is 225 baht and will gradually increase to 300 baht for the fourth year.

DEVIL IN THE DETAILS

For the definition of land and residential buildings and lands used for agriculture under the land and building tax, the law stipulates the following criteria.

First, a residential tax rate is applied for lands or buildings used for living purposes. An example is that a landowner builds a house for himself on the plot and his second house is used by his relatives for living, monthly rental by other residents or as a home-stay accommodation.

Second, the land and building tax covers the time of construction or renovation for lands used for living purposes. This applies to a house under construction or a condominium under refurbishment.

For the definition of lands used for agriculture, the law stipulates that lands or buildings used for this purpose cover growing plants, raising cattle, aquaculture, sea salt farming, forest plantation, insect farming and mulberry cultivation with intent to consume, distribute or farm. The law also covers lands and buildings that are continuously used for farm operations.

The definition of lands used for agriculture also applies to the period of agriculture, land restoration for farming and intermission during the harvest season or disease prevention cycle.

If an owner owns several plots under a provincial administration, the authority will combine the value of all plots and deduct a 50-million-baht exemption if held by individual landowners as opposed to juristic persons.

The remaining value after deduction will be calculated for tax liability.

If an owner has several plots in many provinces, or they are scattered across numerous local government administrations, the calculation is based on the value of land in a specific local government area and taxation is calculated by separate areas, as opposed to taking total land value to calculate.

But this does not apply for Bangkok as it is a province under the same administrative district regardless of areas in the capital city. Calculation is based on the combined land value of lands located in specific districts.

Tax calculation is based on the types of property, divided into four categories. These include agricultural lands, lands used for living and residential buildings, commercial and industrial lands and vacant lands.

For instance, land used for agricultural purposes owned by an individual and an individual owner of a main house for living will receive the first 50-million-baht tax exemption, while the value over 50 million baht is calculated according to the tax bracket of the land and building tax.

The brackets for the land and building tax increase with the value of the land or structure, similar to income tax.

Those who only own houses, not land, are qualified for a tax exemption for the first 10 million baht of their houses’ appraisal prices.

Penthouse On Manhattan’s Billionaires’ Row Will Be Auctioned Off

Six Challenges Start-Up Owners Face And How To Tackle Them