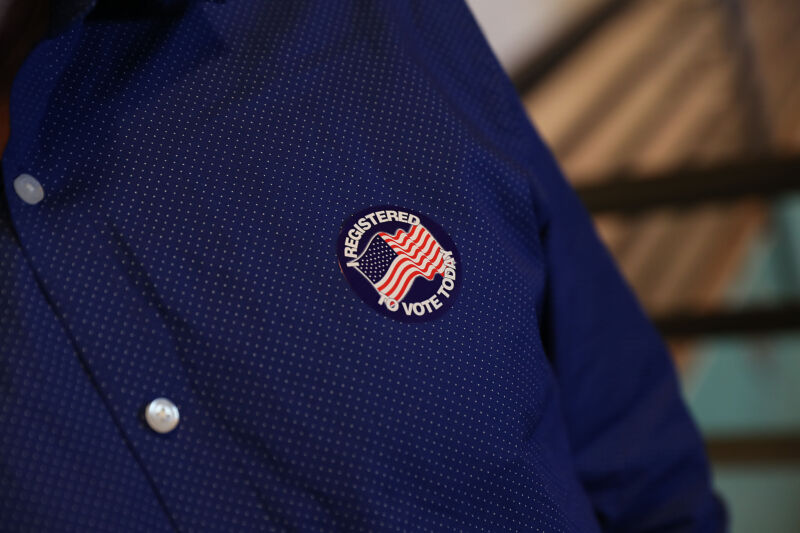 Florida’s secretary of state has extended the deadline for voter registration to 7pm today. Registration officially closed last night at midnight, but problems with the state’s website prevented some Floridians from completing their registration in time.

Voting rights advocates sued Lee on Tuesday morning, arguing that the website problems had deprived Floridians of their right to vote. They pointed out that Florida’s voter registration website has a history of crashing under heavy loads.

The lawsuit says that Florida officials were repeatedly warned that the problem was likely to recur as the deadline neared. But according to the plaintiffs, officials did little to address the problem, and the critics’ concerns were vindicated. A number of voters encountered problems with the site in the hours before the midnight deadline.

Indeed, documents obtained by the government transparency group American Oversight demonstrate that this year’s registration fiasco is a rerun of problems the state suffered during the 2018 election cycle. That year, numerous users submitted feedback to Florida officials reporting that website problems had prevented them from registering. “THIS IS RIDICULOUS,” one voter wrote in a July 2018 email thread with state officials.

In a follow-up legal filing today, the plaintiffs argued that the 7pm deadline provides “woefully insufficient time to educate voters and allow them to use” the state’s voter registration system. “Voters who are busy with work and caregiving responsibilities need additional time to make the opportunity to register to vote at all meaningful,” the plaintiffs wrote.

They are seeking an extension until midnight on the second day after a court ruling. That would give voters at least 48 hours to complete the registration process. The court has scheduled a hearing on the issue for 8:30am on Wednesday morning.

As I write this, Florida voters have about three more hours to register—assuming the deadline isn’t extended again. If you’re an unregistered Floridian, you can register here or visit a local voter registration office.