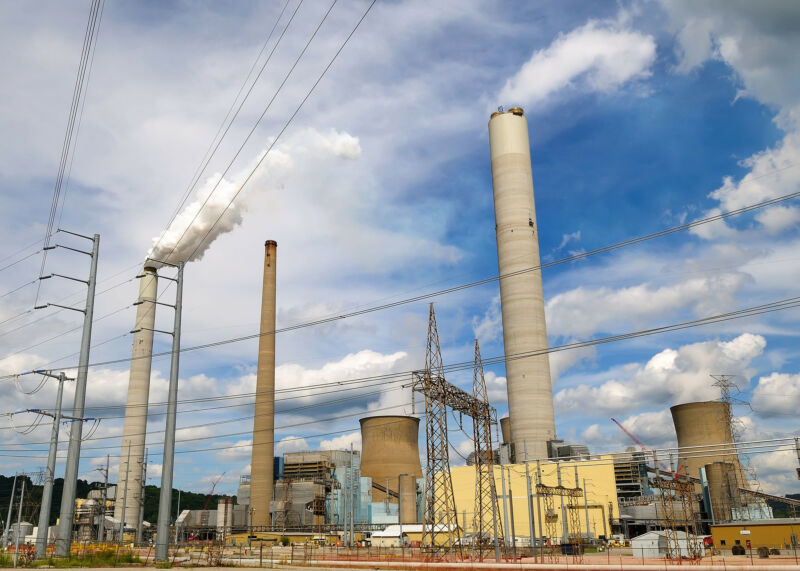 With the final tallies done, the US Energy Information Administration (EIA) released its energy-related CO2 emissions data for 2019 on Wednesday. This includes all fossil fuel combustion for generating electricity, heating buildings, industrial processes, and transportation. Overall, EIA puts last year’s total at 2.8 percent less than 2018 and equal to the emissions of 2017.

In 2018, US emissions ticked upward by around three percent. This was due, in part, to weather conditions that drove higher demand for both heating and cooling. Transportation emissions were also up, which has been a continuing trend since the last economic recession.

Overall emissions went back down in 2019 for a mix of reasons. (Last December’s edition of an annual global emissions study projected that 2019 US emissions would drop around 1.7 percent, so EIA’s numbers are slightly better.) These emissions are a combination of some long-term trends, combined with year-to-year variations.

The energy mix of the electrical grid continued the trends of the previous decade. Emissions from coal generation declined another 15 percent over the previous year, as coal plants continue to be run less or retired entirely. The share of electricity generated by natural gas plants (which produce less CO2 than coal-burning plants) increased again, as did solar and wind generation.

Transportation emissions actually declined 0.7 percent in 2019, bucking the trend. That’s about how much both gasoline and diesel use declined by, covering for an increase in jet fuel emissions.

The weather also helped slightly, with heating demand about the same as 2018 but cooling demand down about five percent. Combined with the grid changes, this helps explain changes in energy use in the residential and commercial sectors.

Looking a bit longer-term, EIA also notes that US emissions since 1990—a baseline year for climate negotiations—can be broken into two periods with different trends. Emissions increased about one percent per year through 2007 but have fallen by 1.3 percent per year since then. The US is now close to its 1990 emissions, with 2019 sitting just 1.8-percent higher.

One way to break down long-term trends is to separate out the effects of economy-wide factors such as population, GDP, and energy. Up through 2007, population growth pushed total emissions higher, while economic growth was cancelled out by reduced energy use per unit GDP. (That is, the economy became less energy intensive.) But after 2007, the trend toward cleaner energy started bringing overall emissions down despite population growth.

Obviously, 2020 is going to be an outlier, with a large but temporary drop in emissions. That may bleed over into 2021, where economic recovery measures could potentially also kick in and affect emissions. Trends may be hard to tease out for a few years as a result. But things like efficiency gains and the replacement of coal with natural gas and renewables are unlikely to stop any time soon.

Google makes the Pixel 5 official for $699