Wednesday’s store closure list released by Macy’s did not come as any surprise. The retailer announced in February 2020 that it would close 125 locations and eliminate 2000 jobs over the next three years as part of its Polaris strategy. Wednesday’s list was the second installment of this cost-cutting plan and 45 more stores will permanently shut within the upcoming months.

A look at four of these soon-to-be-closed Macy’s indicates a retailer that operated a collection of stores of all shapes and sizes. They all enjoyed periods of profitability but have reached the ends of their lifespans. None of these four locations opened their doors under the Macy’s nameplate but all are reflective of the communities and customers they once admirably served. 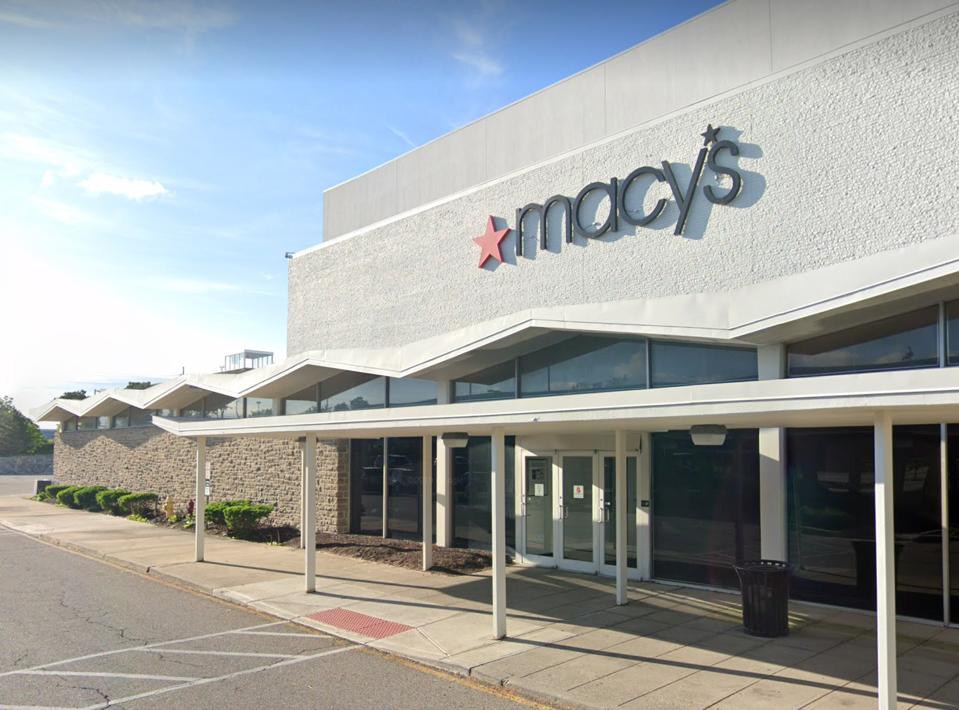 The Tri-County Mall fits the classic definition of a dying mall. Over the past several years, it has experienced a skyrocketing vacancy rate. Macy’s is the center’s sole remaining anchor. Once Macy’s closes, there won’t be much left at Tri-County.

Cincinnati had been the headquarters of Federated M Department Stores, one of the country’s largest department store operators. After its 1992 bankruptcy filing, R.H. Macy Co. was acquired by Federated. By the 2000s, Federated needed to cut costs and wanted to bring new life and energy to its haphazard fleet of stores. In 2006, all Federated stores were renamed Macy’s. Federated did leave its largely-successful Bloomingdale’s division untouched.

Merely removing the Lazarus name and replacing it with Macy’s didn’t necessarily improve sales figures at the Tri-County location. It clearly was not enough to transform the store. It needed to be renovated, not simply renamed.

There was a time when the Tri-County Mall was hailed as Cincinnati’s first regional shopping center. Pogue’s and Shillito’s anchored the shopping center when it opened in September 1960. Shillito’s advertised that its Tri-County store would be “more beautiful than you ever dreamed a suburban department store could be.”

Shopping malls were originally designed to bring the downtown to the suburbs. Originally an open-air center, Tri-County was enclosed in 1968 and shoppers no longer feared the elements. Every day was springtime at the indoor Tri-County Mall. 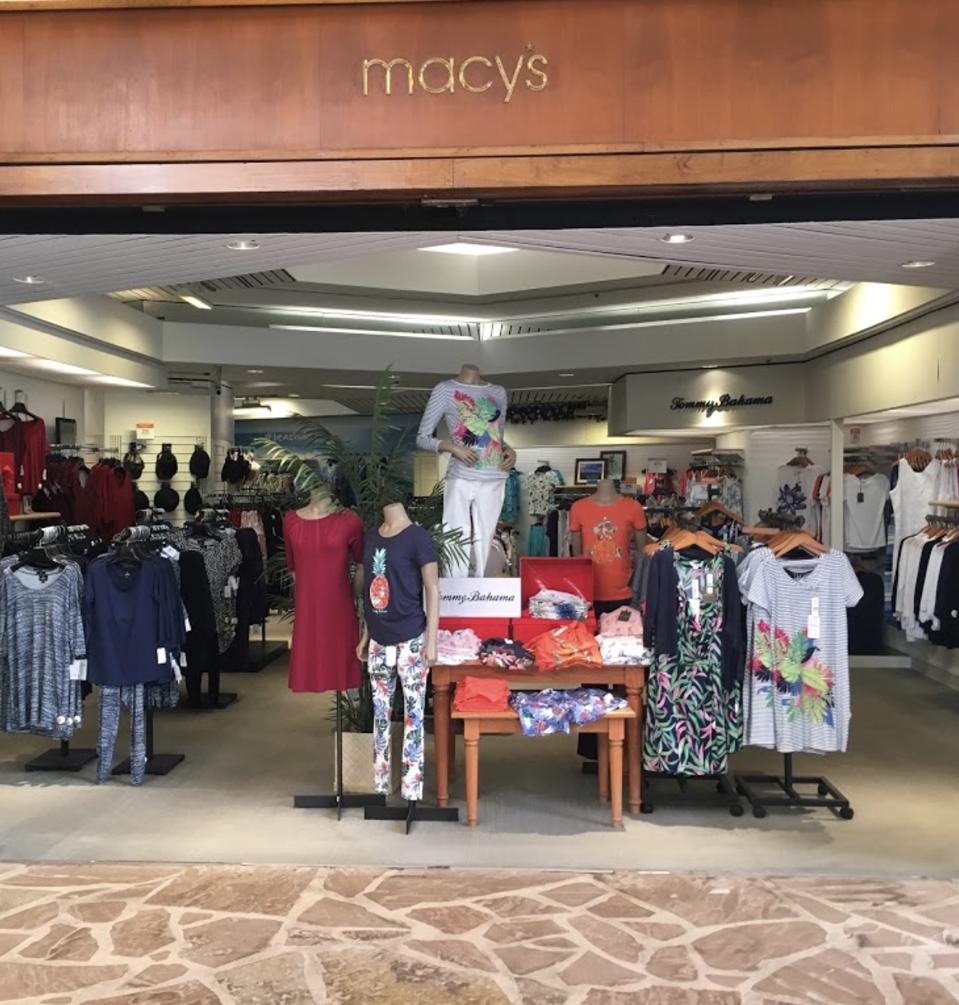 The closure of the Hyatt Regency Maui store will barely make a dent in Macy’s financial woes. At only 7,000 square feet, it’s the company smallest store and largely caters to the tourist trade.

Hawaii’s economy is dependent on tourism and COVID-19 has brought that industry to a halt.

The small Maui Macy’s harked back to the days of Liberty House, a Hawaii institution founded in 1849. In addition to a chain of department stores throughout Hawaii and Guam, Liberty House operated a number of small boutiques at several prominent resorts. The Hyatt Regency store opened in 1983 as part of that Liberty House initiative.

Macy’s purchased Liberty House in 2002 after the Hawaii retailer fell into bankruptcy. The purchase gave Macy’s an entry into Honolulu’s famed Ala Moana Center, recently named the country’s most valuable mall.

Since 2002, Macy’s has steadily cut back and closed a number of the small former Liberty House boutiques. The soon-to-close Hyatt Regency Maui store is the last of that group. 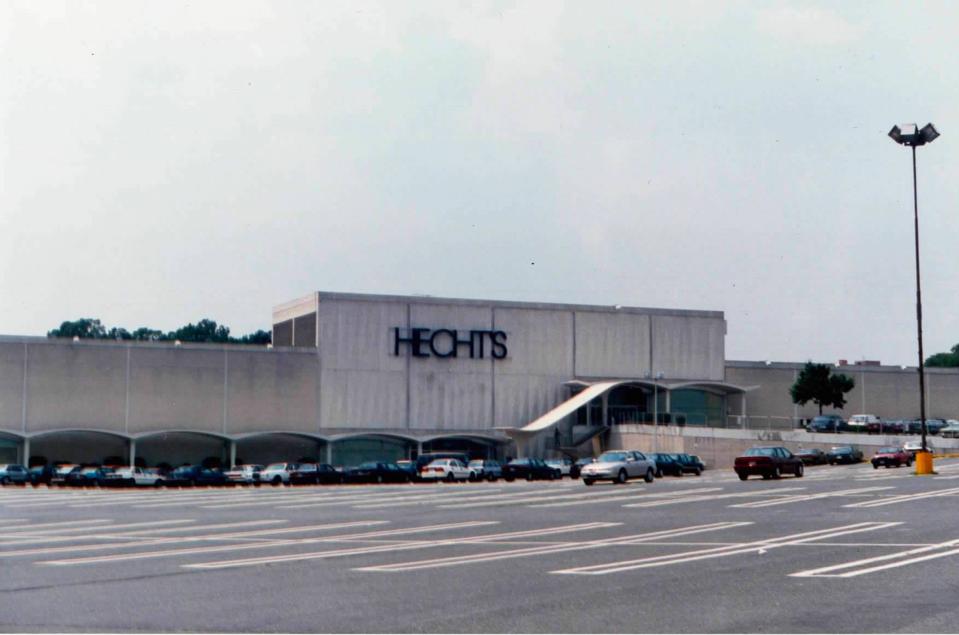 The Hecht Co. opened its Marlow Heights department store in 1960. Located in Prince George’s County, … [+] Maryland, the location has operated as Macy’s since 2006. It will close in early 2021.

Macy’s Polaris strategy, announced last February, is based on three components: an enhanced e-commerce site, a new smaller-sized store format, and a focus on its best stores located in “high caliber” shopping malls. The Marlow Heights Macy’s does not fit that profile.

The Marlow Heights store is not unprofitable and has enjoyed a local and loyal customer base. It’s especially important to the African-American community it serves. Marlow Heights is located in Prince George’s County, just east of the District of Columbia.

Retailers were historically reluctant to invest in the county so there was real celebration when the Marlow Heights Shopping Center made its August 1957 debut. It helped satisfy the needs of the county’s underserved residents. And that celebration intensified when the Hecht Company opened a large department store at the center three years later.

But the upcoming closure of the Marlow Heights Macy’s means that Prince George’s County will once again become overlooked. But department stores are no longer what they once were back in 1960. 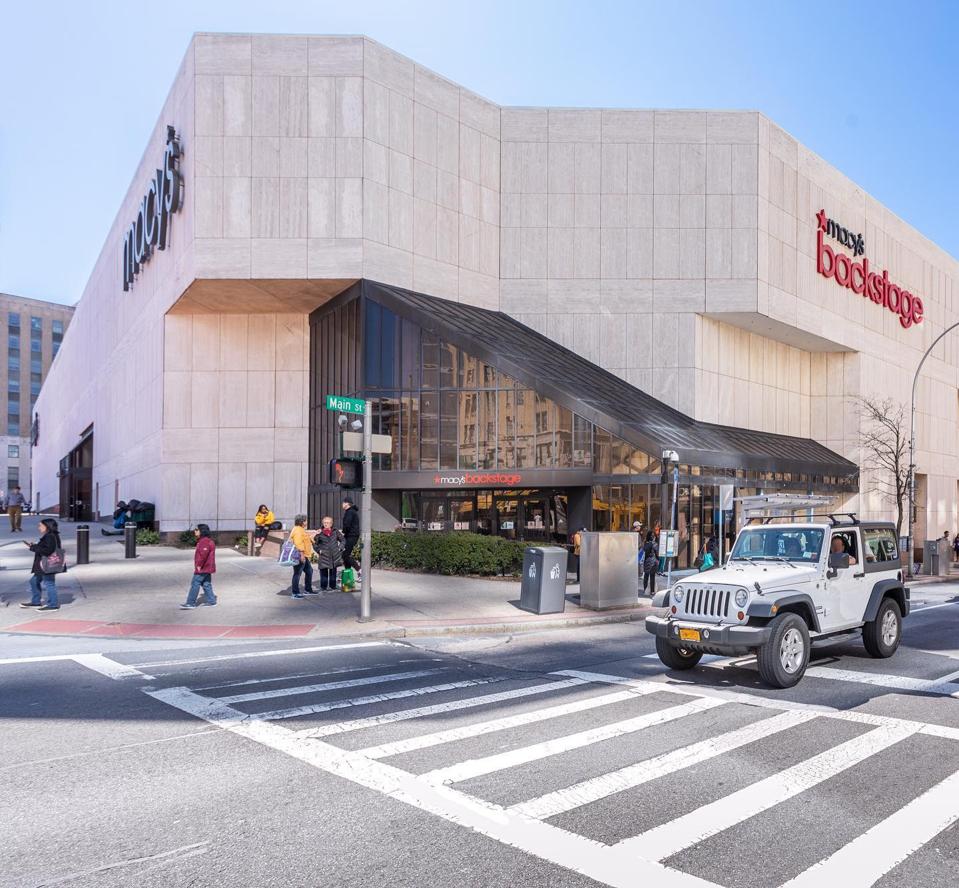 The Macy’s at New York’s Galleria White Plains recently announced an early 2021 closure. The … [+] location opened as a branch of Brooklyn’s Abraham & Straus in 1980.

The Galleria White Plains has seen better days and has been in a period of decline. Vacancies have continually grown and government leaders have questioned its future. Last November, Sears announced it would close its Galleria store in February. Macy’s upcoming departure will leave the shopping complex anchorless.

It was a different story when Abraham & Straus and JCPenney JCP helped open the White Plains Galleria in August 1980. It marked Brooklyn-based A&S’s entry into the highly-competitive Westchester County market. However, the A&S was located far from its Brooklyn headquarters. A&S was not necessarily a Westchester household name and it became one of company’s trickiest stores to market and merchandise.

The Galleria typifies the former glorious era of the downtown shopping mall. The enclosed shopping mall concept was an attempt by developers to bring downtown to suburban residents in a one-stop setting. The Galleria’s concept was the opposite. It was designed to encourage suburban Westchester shoppers to come back to downtown White Plains.

The Galleria’s opening was not without criticism. The shopping center’s boxy, bunker-like Brutalist design replaced a 119-year old stone courthouse.

Macy’s relocated its aging downtown White Plains store to the Galleria after Stern’s left the former A&S space in 1996. The older Macy’s store had opened in 1949 and was in need of considerable maintenance and upgrades. It harked back to a different era when the company slogan was “It’s Smart to be Thrifty.”

The White Plains location is one of only four NYC-area Macy’s stores whose employees work under a collective bargaining agreement. When the contract reached its expiration date, the retailer rejected an initial extension. It’s not easy to negotiate during a pandemic but after a lengthy and sometimes contentious period of talks, Macy’s and Local 1-S, the Retail, Wholesale and Department Store Union, finally reached a settlement last July.

Although the union was caught off-guard when the White Plains store made Wednesday’s closing list, they were prepared for the possibility. July’s contract settlement included greater protection for its workers, especially regarding severance and relocation issues. 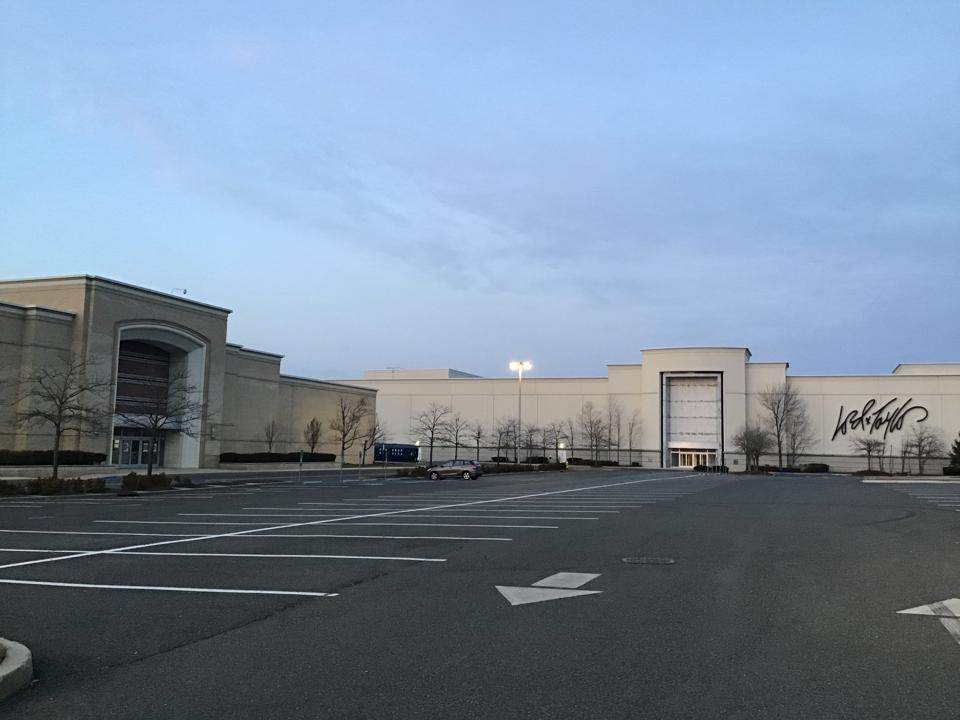 The western wing at New Jersey’s Moorestown Mall houses closed Macy’s and Lord & Taylor locations. … [+] This image, taken while the mall was open, dates from February 2020.

On Wednesday, Josh McCord, the Galleria’s general manager, called Macy’s upcoming departure “disappointing” but also labeled it as an “opportunity.” The term “opportunity” has been used for decades whenever a large retailer departs a downtown location or closes a shopping mall store. Many dying or dead shopping malls located throughout the country are still anchored by opportunities. Wednesday’s announcement from Macy’s only increased this list of opportunities.