Man refused to disband party that violated COVID order, gets year in jail 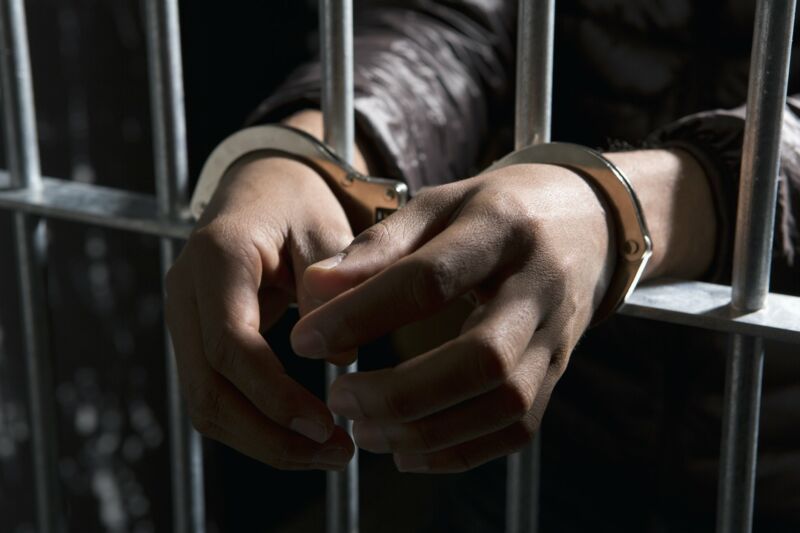 A Maryland judge sentenced a man to one year in jail after finding him guilty of throwing two large parties in violation of a state pandemic order that banned large gatherings. Police were called to the man’s home twice in one week, and he refused to disband the party on the second occasion, authorities said.

Shawn Marshall Myers, 42, was sentenced on Friday at the District Court of Maryland, said an announcement by the state’s attorney for Charles County. Myers’ legal troubles began on March 22 when “multiple officers responded to Myers’ residence… for the report of a large party” violating Governor Larry Hogan’s order in which “large gatherings were strictly prohibited,” the state’s attorney office said.

Myers allegedly hosted about 50 people at the party. “Upon arrival, officers told Myers that his party violated the current mandate. Myers was argumentative with officers but eventually agreed to disband his party,” the state’s attorney office said.

Just five days later, “officers responded back to Myers’ residence for another report of a party exceeding fifty people,” the announcement said. “Officers told Myers to disband the party, but again he was argumentative claiming he and his guests had the right to congregate. Beyond being argumentative, Myers directed his guests to stay in defiance of Governor Hogan’s Orders and the officers’ lawful orders to disband the party. Officers tried to reason with Myers and obtain his cooperation to no avail. Myers was then apprehended.”

The large-gathering ban has since been lifted, but Myers’ parties occurred when the ban was in effect.

Myers was found guilty of two counts of failure to comply with an emergency order. The first count resulted in a six-month suspended sentence and a $1,000 fine, which was also suspended. For the second count, Myers was sentenced to one year in jail, a $5,000 fine, and three years of unsupervised probation. He will serve the year of jail time in the Charles County Detention Center, the announcement said. Myers has filed an appeal, according to The New York Times.

An executive order issued in March banned social gatherings of more than 10 people “at all locations and venues” in order to limit spread of the coronavirus. The order classified any “knowing” and “willful” violation as a misdemeanor that can be punished with up to a year behind bars and a $5,000 fine. Myers therefore got the maximum sentence on the second count. The case was decided by Judge W. Louis Hennessy, without a jury.

Social-distancing orders have been imposed in many states as COVID-19 continues spreading throughout the country, but this is the first time we’ve heard of jail time being issued for violation of a large-gathering order. “The state’s attorney’s office said that a few others in Charles County had been charged with violating the governor’s order but that Mr. Myers’ case was the first to have gone to trial,” the Times article said.

Hogan acknowledged in early June that enforcement was rare. “The 10-person limit is technically still in effect, because it’s still not really safe to gather with people closely together, but most people are not following that and it’s probably something I think every state still has in place and nobody’s following it,” Hogan said at a press conference.

Hogan’s large-gathering ban was repeated in several executive orders including one on June 3. But a superseding order on June 10 dropped the ban. That and more recent orders, including one this week, advise residents to avoid large gatherings and crowded places but do not make it a requirement.