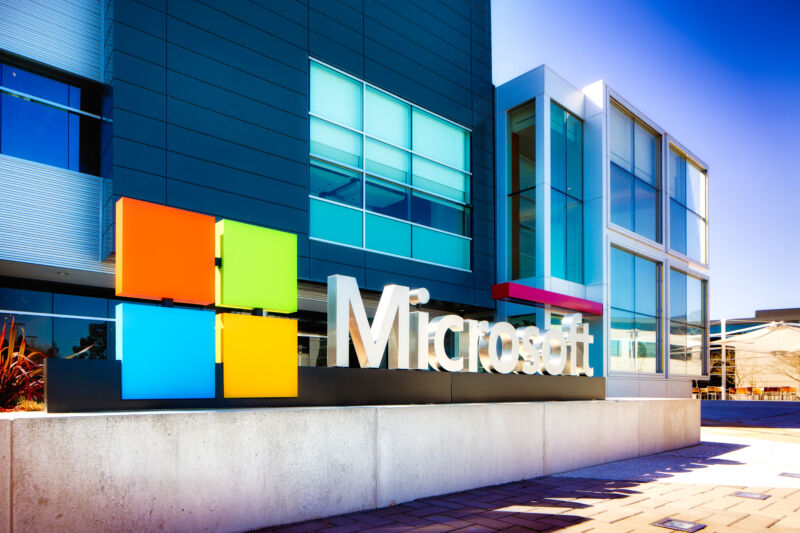 Microsoft this week adopted a whole slew of “fairness principles” for its Windows app store. The list of principles does look like a decent set of guidelines for both consumers and developers—but it also looks a whole lot like Microsoft is taking the metaphorical ball, throwing it at Apple’s face, and daring their iCompetitor to make the next move.

The principles, which Microsoft listed in a corporate blog post, essentially promise that Windows will keep on doing what it already does with regard to app distribution, interoperability, payment systems, and everything else.

The first item, for example, promises that developers may choose whether to distribute Windows programs through the Microsoft Store or through their own competing app storefronts. This has always been the case, and it’s why Steam, the Epic Games store, and every other Windows software distribution method exist. Windows also promises not to block an app from Windows “based on a developer’s choice of which payment system to use” for processing in-app purchases which, again, is why and how both Web-based and app-based digital software storefronts for Windows exist.

“Windows 10 is an open platform. Unlike some other popular digital platforms, developers are free to choose how they distribute their apps,” Microsoft said. “The Microsoft Store is one way… But there are other popular and competitive alternatives on Windows 10.”

The company specifically gave a shoutout to game distributors, adding, “Third-party app stores, such as those from Steam and Epic, are available for Windows and offer developers different pricing (or revenue share) options, standards, requirements and features.” Microsoft’s principles are “designed to preserve this freedom of choice, and the robust competition and innovation that it enables on Windows 10.”

The trillion-ton Apple in the room

The blog post never once mentions Apple, but it is impossible to read Microsoft’s declaration as anything other than a shot across Apple’s bow. Microsoft said explicitly that its principles draw on work by the Coalition for App Fairness, a trade group that came together in September to push for changes to the App Store policies. That coalition’s founding members include companies such as Basecamp, Spotify, and Epic, all of whom have had extremely public fights with Apple over its policies in recent months.

The developers who have challenged Apple argue that the company is doing the exact opposite of what Microsoft just promised to keep doing. Apple requires developers to distribute iOS apps through the App Store, with no exceptions. It requires developers to use its own in-app payment system, with no exceptions. And it takes a 30 percent cut of all those transactions—except there are some exceptions for companies with enough clout to demand it such as Amazon and Netflix.

Competitors are not the only ones frustrated with Apple’s behavior. A Congressional committee this week published a blockbuster report arguing that the way Apple ties its App Store and in-app payments mechanisms together falls afoul of antitrust law and is anticompetitive.

Microsoft, meanwhile, seems to have an immediate interest in elbowing its way onto iOS devices. The company hinted this week that it plans to use a browser-based workaround to get Project xCloud, its in-game streaming service, onto iPhones.

The Windows-native app store is not particularly integral to the PC experience for most users, no matter how hard Microsoft tries to promote it. Microsoft didn’t introduce the platform in its current incarnation until the launch of Windows 8 in 2012, and by that time both individual consumers and enterprise buyers had almost 30 years of practice acquiring their Windows programs elsewhere. (And some of Microsoft’s previous attempts, such as the ill-fated Games for Windows Live, actively drove users to competitors such as Steam by being, well, kind of terrible.)

But Microsoft in its blog post does indeed realize that it has two major app stores to its name, and the company admits that its new rules for “fairness” do not apply equally to both of them. The Xbox online store works much more like the iOS App Store than it does like software distribution for Windows. Companies like Epic have to fork over 30 percent of their take for in-game purchases to Microsoft for Xbox players just as they do to Apple, Google, or Sony for iOS, Android, or PlayStation players.

“It’s reasonable to ask why we are not also applying these principles to [the] Xbox store today,” Microsoft said. Instead of answering that question outright, however, Microsoft punted to an indeterminate future.

“Game consoles are specialized devices optimized for a particular use. Though well-loved by their fans, they are vastly outnumbered in the marketplace by PCs and phones,” Microsoft said, as if that means that developers particularly care about the difference when it comes to that 30 percent cut. Given the “fundamental differences” between the PC and set-top console market, Microsoft said, “we have more work to do to establish the right set of principles for game consoles.”