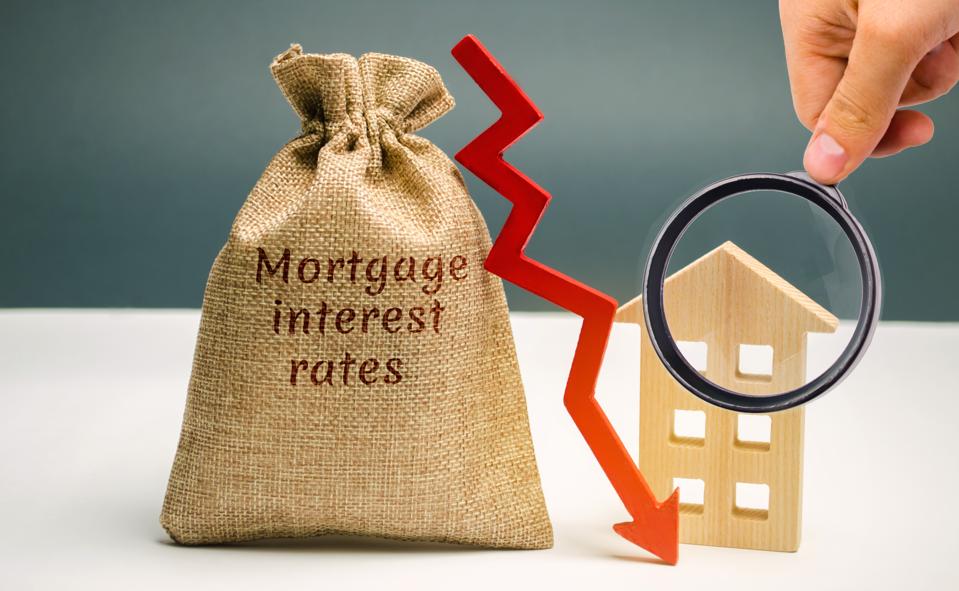 The new year has kicked off with a new interest rate, and it is lower than it has ever been. Mortgage interest rates closed at 2.65% last week for 30-year fixed-rate loans, based on the weekly report from Freddie Mac. This is down from 2.67% the previous week, which was only one basis point higher than the previous lowest rate on record. The 15-year fixed-rate was 2.16%, also a record low and down from 2.17% the week before.

These low rates are happening in lockstep with rising prices around the country as sellers realize buyers have more buying power and can meet the higher sales prices. Data from Redfin show sales prices rose 14% during December compared to the year before, for a national median of $320,714. Increased prices haven’t led to much of a slowdown in demand, however, with both purchase and refinance applications increasing compared to the same time one year earlier.

Refinance applications increased by 100% year-over-year and purchase applications were up 3% in the same time frame, per the weekly report from the Mortgage Bankers Association. Both did decrease significantly compared to the week before, but that is standard for the the holiday period. Joel Kan, MBA’s Associate Vice President of Economic and Industry Forecasting, says the MBA predicts purchase originations will reach $1.59 trillion in 2021, the highest ever. 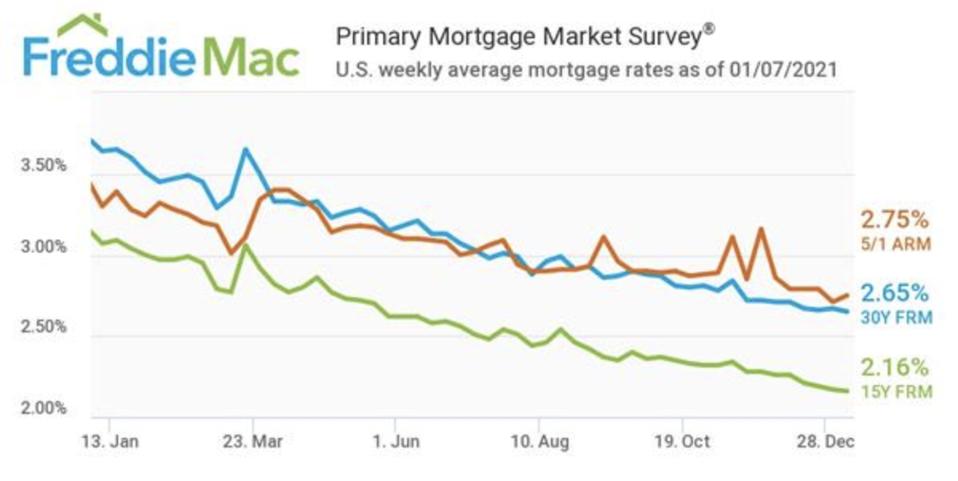 It is going to be a competitive market for buyers this season. Not only is inventory still too low to meet demand but the asking prices that are on the active market now are the lowest of the season. Plus, Sam Khater, Freddie Mac’s Chief Economist, predicts rates will increase.

“The forces behind the drop in rates have been shifting over the last few months and rates are poised to rise modestly this year,” says Khater. “The combination of rising mortgage rates and increasing home prices will accelerate the decline in affordability and further squeeze potential homebuyers during the spring home sales season.”

Buckle your seatbelts, homebuyers, it is going to be a tough ride.