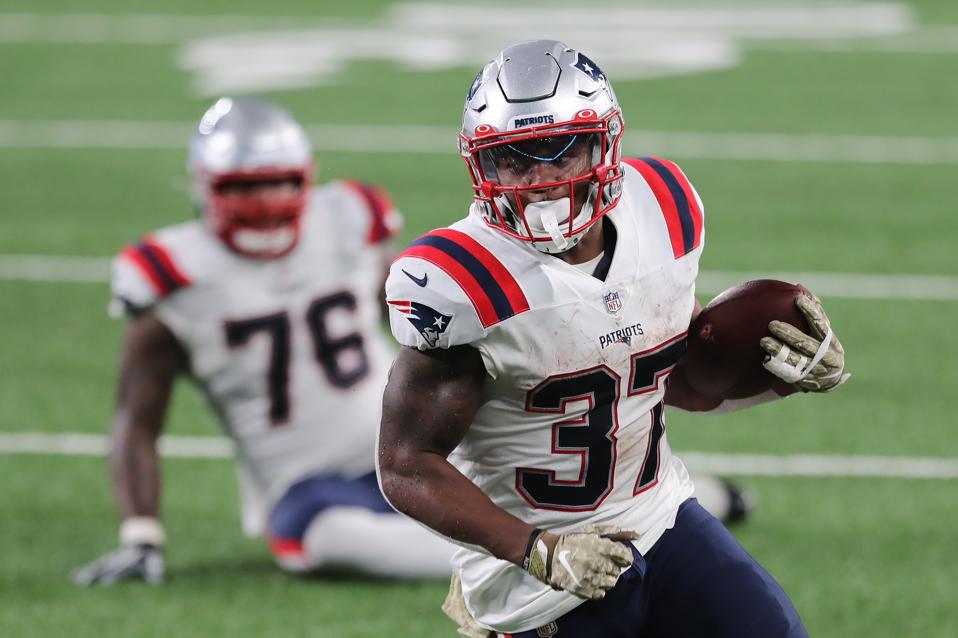 The sample size is moving in the right direction for Damien Harris.

There have been five starts in as many games since the Alabama product was activated from the New England Patriots’ injured reserve in October. There have been 63 carries for 350 yards and a clip of 5.6 yards per that ranks third among running backs around the NFL who’ve handled as many.

Miles Sanders of the Philadelphia Eagles and Dalvin Cook of the Minnesota Vikings being the others.

It’s taken time as well as an opening for the 23-year-old Harris.

“Damien didn’t have a lot of opportunity his rookie year due to the players that were in front of him at his position and the health of those players,” Patriots head coach Bill Belichick said on Friday. “He’s gotten a chance to play this year and he’s shown to be a very competitive and productive player.”

But an ability to get going has been seen in ways it was for the Crimson Tide.

Harris, who finished eighth in the program’s all-time rushing archives, has twice reached the century mark on the ground for the Patriots. He’s also scored his initial touchdown. 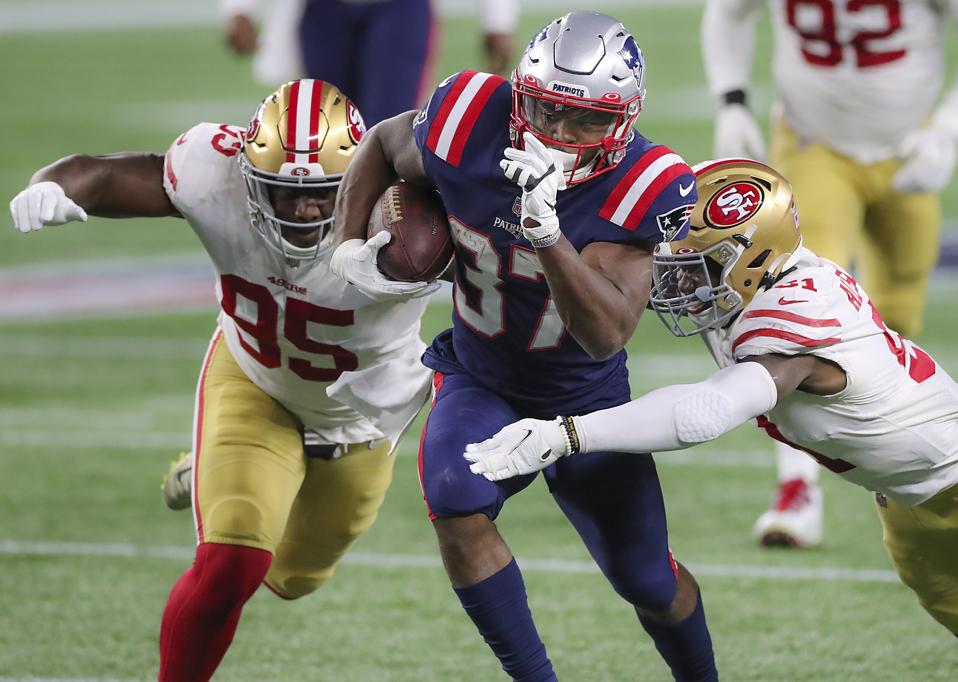 Harris, an Alabama product, has averaged 5.6 yards per carry this fall for the New England … [+] backfield. (Photo by Matthew J. Lee/The Boston Globe via Getty Images)

According to Next Gen Stats, Harris has spent an average of only 2.68 seconds behind the line of scrimmage with his rushing attempts thus far in 2020. And according to Pro Football Focus, 53% of his subsequent yards have come after contact.

“Trying to gain those extra yards, trying to run through contact, trying to keep my feet moving and always trying to just add on to whatever is out there and maximize every opportunity touching the ball,” added Harris. “That’s just kind of what goes through my mind. It’s a want to. It’s a mindset. It’s a mentality. So, I just want to be able to keep doing that and keep trying to help us be successful on offense.”

The audition for New England’s lead role arrived in the absence of the aforementioned Michel, who went on IR with a quad issue as the SEC back drafted one spring after him returned. Now Michel is designated to do the same after returning to Patriots practice on Nov. 5.

But Harris, while listed as limited and questionable due to ankle and chest ailments, has made the most of his time on the field.

There were 10 snaps for him between offense and special teams as a rookie. There are 10 runs of at least 10 yards on his résumé now with the Baltimore Ravens set to visit Gillette Stadium for an 8:20 p.m. ET kickoff Sunday.

“He’s been a really consistent player for us all year,” Belichick said of Harris. “He missed a little time early in the year, but when he’s been out there, he’s been consistent. He’s been dependable.”

Drafting Your Starting Lineup: How To Build A Top Real Estate Brokerage