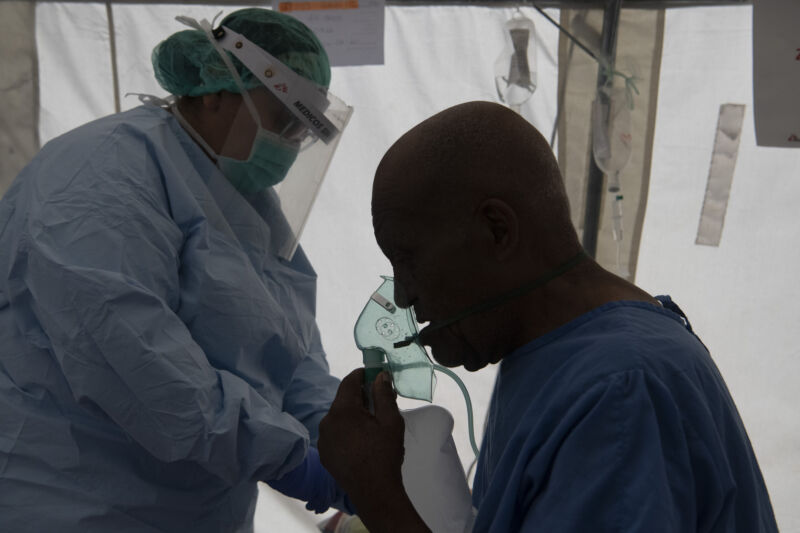 A significant number of people infected with the pandemic coronavirus, SARS-CoV-2, are experiencing long-term symptoms and taking many weeks or months to fully recover, the World Health Organization emphasized in a press conference today.

“I have heard first hand from people who face mid- to long-term effects of COVID-19 infection,” WHO Director-General Dr. Tedros Adhanom Ghebreyesus said. “What’s really concerning is the vast spectrum of symptoms that fluctuate over time, often overlap, and can affect any system in the body.”

While there have long been reports of COVID-19 long-haulers, the WHO worked to raise awareness of the problem today. It’s still unclear what proportion of infected people go on to have mid- to long-term health problems, Tedros noted. But, it’s clear that “this is not just a virus that kills people.” And with more than 45 million cases globally—and counting—even a small percentage will mean a large number of people will have long-term disability.

It’s also clear that long-term symptoms and complications strike a wide range of COVID-19 patients. Long-term effects have shown up in people with mild disease as well as severe disease. Young adults, the elderly, women, men, even children have reported struggling with the disease for extended periods of time.

In today’s press conference, Tedros invited three guests to share their experiences with long-term COVID-19. He started with professor Paul Garner, an infectious disease epidemiologist at Liverpool School of Tropical Medicine. Garner became ill with COVID-19 in March. “I was fit and well and assumed that this COVID illness—I would be able to brush it off my shoulder,” he said. But that was not the case.

Garner said that for four months he suffered dreadful fatigue, sweats, headaches, and mood swings. He was also unable to move. That was followed by three months of being completely exhausted and backsliding in his recovery anytime he overdid it. He said things have only gotten better over the last two weeks.

“I never thought I would have seven months of my life wiped out by this virus. It’s just gone. Evaporated,” he said.

As an epidemiologist, he noted that long-term COVID seems to present with a huge array of symptoms. “I had one particular form,” he said. Other victims, data show, develop heart damage, persistent breathlessness, problems thinking, and other evidence of organ damage.

“Post viral syndromes are not new,” he added. “But what we have here is just a huge scale of people that are suddenly severely disabled.”

Tedros next welcomed Martha Sibanda, a nurse in Johannesburg, South Africa, who was infected in June. Her symptoms started with shortness of breath, cough, and fatigue, and things quickly escalated to the point that she needed oxygen. She was hospitalized at first but then moved to intensive care, where she spent eight days. Though she was able to move back to the hospital ward after that, she still had trouble weaning off oxygen. She stayed in the hospital for 26 more days, all on oxygen. Now, in her fourth month, she still struggles to breath and has not been able to return to work. Her aim is to be back to work by then end of the month, a full five months since falling ill.

Last, Tedros invited Lyth Hishmeh, a previously healthy 26-year-old software engineer from the United Kingdom. Lyth became infected in March and first presented with flu-like symptoms. After weeks of dealing with his illness at home, he collapsed while out trying to get groceries. Though the doctors at the hospital told him he was at the end stages of pneumonia, he has yet to recover and be able to go back to work.

“It’s been almost eight months now and I’m still suffering from fatigue, brain fog, chest pain, heart palpitations, digestive issues, short term memory loss,” he said. “There’s no system in my body which has not been affected. If you’d asked me eight months ago if I thought this would happen if I caught COVID, I’d say no, no, not at all.”

This threat “really reinforces what a dangerous virus COVID-19 is,” Tedros added. “It also reinforces to me just how morally unconscionable and unfeasible the so called ‘natural herd immunity’ strategy is. Not only would it lead to millions more unnecessary deaths, it would also lead to a significant number of people facing a long road to full recovery.”

Amid Dispute With Apple, Epic Games Finds Workaround To Bring Fortnite Back To iOS