Pfizer's Vaccine is a Pick-Me-Up For Value Stocks 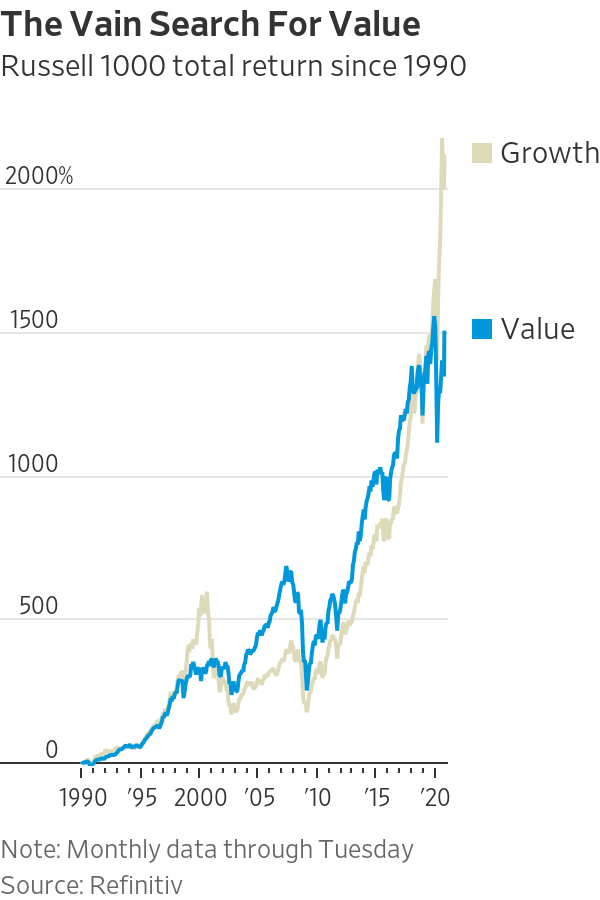 Is it finally time to buy back into the shares of unloved and cheap companies? On Monday, these “value” stocks beat expensive growth stocks by the widest margin of any single day since the 1930s, as vaccine progress improved the prospects of the beaten-up losers of lockdown such as airlines and cruise lines.

The question investors face is whether Monday’s extraordinary move marks the end of a grim decade-and-a-half for value, or is just another false dawn amid the gloom.

In the short run, value could do well just because the economy improves (assuming the vaccine or others in late stage trials are approved and rolled out soon). Value stocks are defined as having a low valuation, originally just on price-to-book ratio, and now often on a mix of measures such as price to earnings, price to cash flow and dividend yield. At the moment, that means value is dominated by lockdown losers, banks that did badly due to low interest rates, and economically sensitive cyclical stocks, such as
Caterpillar
and oil producers.

Fix coronavirus so the economy recovers quicker than is expected, and all three groups should do better than the work-from-home winners, low-rate beneficiaries and reliable earners that dominate growth.

David Rosenberg of Rosenberg Research calculates that if the leading growth stocks—
Microsoft,
Apple,
Amazon,
Facebook,
Netflix,
Tesla and Alphabet—went back to their pre-Covid-19 market capitalization, they would be worth 22% less. If that money was reallocated to value stocks, it would boost the laggards by 10%. Rotation between value and growth doesn’t happen only because of money flows, of course, but this provides some sense of what could result purely from a bet on a return to normal.

However, a coronavirus fix would be only a temporary boost to value stocks. To get sustained outperformance, they need to have been depressed beyond what is justified by their poor fundamentals.

Put another way, if investors gave up bothering with value stocks, as their heads were turned by sexier growth stocks, such as the FANGs of Facebook, Apple, Netflix and Alphabet (nee Google), or Tesla, then value might be cheaper even than it deserves—and growth even more expensive. That would set value up for outperformance in future as the valuation gap closes again and those who deserted the strategy return. 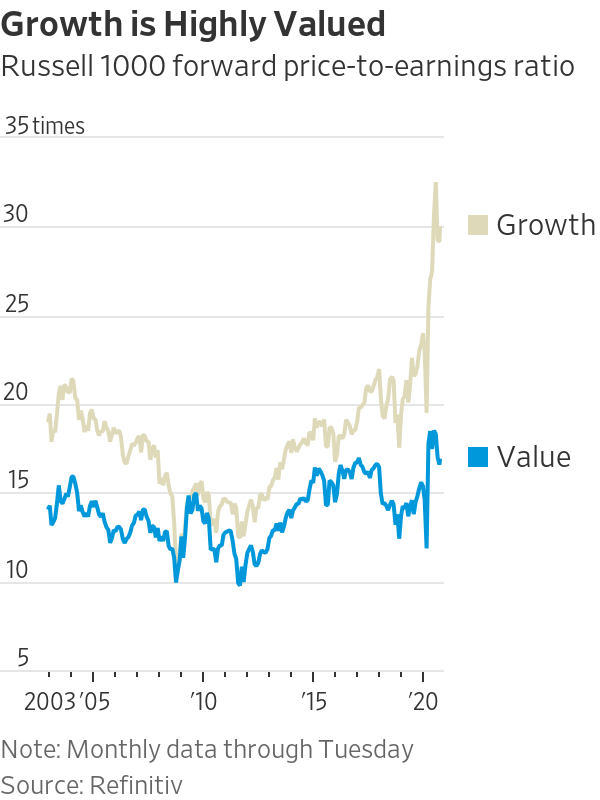 It is plausible. The price-to-book ratio of the Russell 1000 Growth index trades at more than five times that of value, and the forward price-to-earnings ratio is close to twice as high, the biggest premium for growth since the dot-com bubble of 2000. Growth has beaten value for 14 years, the longest period since data from Prof. Kenneth French at Dartmouth’s Tuck School of Business started in 1926. On average, for most of the past century, value has beaten growth.

This year through September, value fell behind growth by the most of any full year in the data, so there is a lot that could be reversed.

Meantime, the long period of underperformance by value began after the valuation gap between growth and value fell to the smallest on record. Since growth stocks should trade at fatter multiples than value stocks—because they offer more future growth—that suggested value wasn’t cheap enough, relative to growth. Maybe it now is. 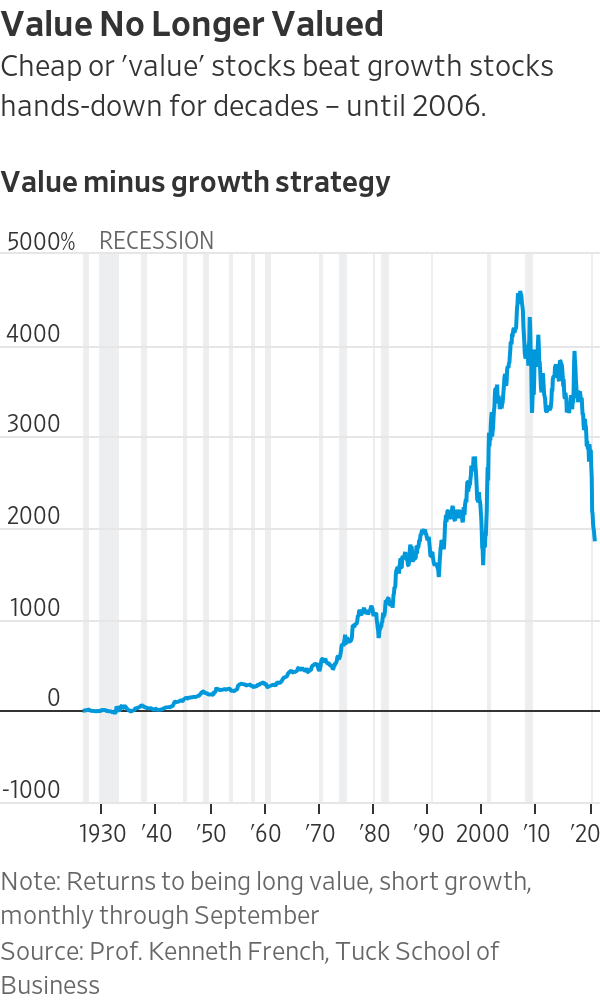 There are good reasons for caution. Most obviously, we are living in a time of innovation when growth stocks are successfully disrupting the business of many traditional value companies.

History also shows that value’s big rebounds have often proved temporary. The six times in the 1930s when value beat growth by even more than on Monday mostly ran for a few months, then fizzled; only value’s big win in the buildup to the election of Franklin D. Roosevelt in 1932 lasted more than a year, and that was volatile. Value has had several false dawns in the past decade too, most clearly for a year after the European Central Bank promised to save the euro in July 2012, and for a couple of months after Donald Trump’s win in 2016.

After the 2016 election, “value stocks took off and left us for dust,” said Cathie Wood, chief executive of growth investment firm ARK Investment Management. “So we’ve been here before, and it was just the launchpad for 2017, which was one of the most spectacular years for us.”

This time around, growth stocks start with more of their potential already priced in, while value stocks have been crushed. That gives value more chance of returning to its historical position. After so many years of disappointment, it would be brave to commit too much to a bet on value—but widespread aversion to the strategy is exactly what gives value an opportunity to succeed.

Write to James Mackintosh at James.Mackintosh@wsj.com