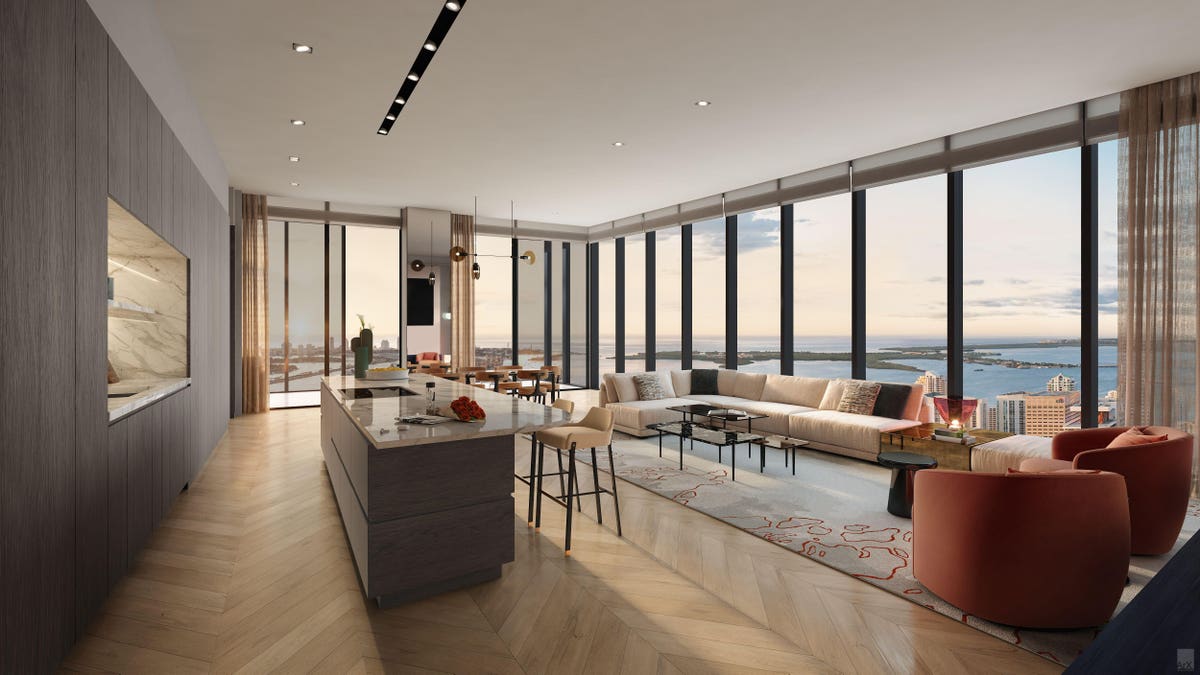 Kevin Maloney, founder and managing partner of PMG has been directly responsible for all of PMG’s 100-plus real property acquisitions since its start in 1991. As a principal of PMG, Maloney manages all aspects of the company’s operations, which includes contract review; client, seller, and vendor negotiations; identification of new investment projects; and procurement of new capital sources.

PMG has developed over $3 billion worth of property in over 100 real estate transactions since its founding. PMG’s new construction condominium development portfolio includes projects throughout New York City, Florida, South Carolina, and Chicago.

Kevin Maloney: The luxury housing market in South Florida is strong and has firmed up significantly over the past year. Large cities, primarily in the Northeast, have seen a de-urbanization. People and businesses have relocated to smaller urban and suburban areas that offer better climates, access to the outdoors, more home for their money, lower taxes, and superior job growth. It is no surprise that South Florida is one of the beneficiaries of this trend.

EP: Where do you see future growth coming from there?

KM: I am confident growth will continue for South Florida, and we don’t foresee any slowdown at this point. We know South Florida is poised to become a much greater economic force. In terms of growth, PMG has a large presence in the multi-family space as well as the luxury condo market. Additionally, we are tracking buyers in the luxury condominium market from around the world, including South America and Mexico, the Northeast, Midwest, and western United States, as well as Europe, Canada, and Israel.

EP: The Miami market has seen much luxury residential development over the last several years. What fundamentals go into development to set your projects apart from the competition?

KM: Miami came out of the housing recession in 2010 and set new records in both pricing and building starts. However, by late 2014, overbuilding and a strong dollar started to soften that growth. Most of the activity the market saw over the past five years was the completion of existing projects and the downside of that curve. At that time, there were very few new luxury condos coming into the market.

Our second project to launch in 2021 is Waldorf Astoria Residences Miami, the tallest residential building south of New York City. The tower will rise 100 stories and 1,049 feet above Biscayne Bay and will feature 205 guestrooms and suites within the five-star hotel, and 360 private residences.

EP: Where do you see the future for branded residences in Miami?

KM: Miami and South Florida as a whole have seen great success with various branded projects. We have seen everything from automobile brands to fashion designers to hotels tied to the sales of luxury condominiums. Branding informs the buyers of what to expect and how high the bar will be set. It dictates the level of service, amenities and often flows into the level of architecture and design of a property. For a development partnership, branding requires the developer to meet the specific needs and standards of that brand which often drive costs up and push schedules out. However, strong, effective branding identifies buyers efficiently with superior pricing. Going forward, I believe we can expect to see consistent branding in the luxury market.

EP: Can you talk about the Waldorf Astoria Residences Miami project?

KM: As a young man in the early 1970s, my father would take me to NYC. At one point or another, we would find ourselves in the lobby of Waldorf Astoria New York Hotel, not as a guest because it was not in our budget, but to talk about all the past presidents and world leaders who stayed there. It was a big deal for us.

We purchased the site in Downtown Miami in 2014 and knew we wanted to build something that had not been done before. We were able to secure the project as the tallest residential building south of Manhattan, one of our greatest feats yet. At that point, we had a significant amount of space and were speaking with several hotel brands.

Although we met with and considered several branding possibilities, we chose Waldorf for obvious reasons. It took several months to sell Waldorf on choosing us. The Hilton team has high expectations; they have been a true pleasure to work with. Naturally, Waldorf surpassed our expectations. We’re thrilled to be building a commercial hotel with 360 luxury residences as well as 205 guestrooms and suites that will have all the makings, bells, and whistles designed by the iconic Waldorf brand.

EP: Can you share the best lesson you’ve learned in your career?

KM: I could teach a whole college semester just on lessons learned. Most of them are very expensive. I would say that one of the larger lessons, especially in real estate, is “choose your partners carefully.”