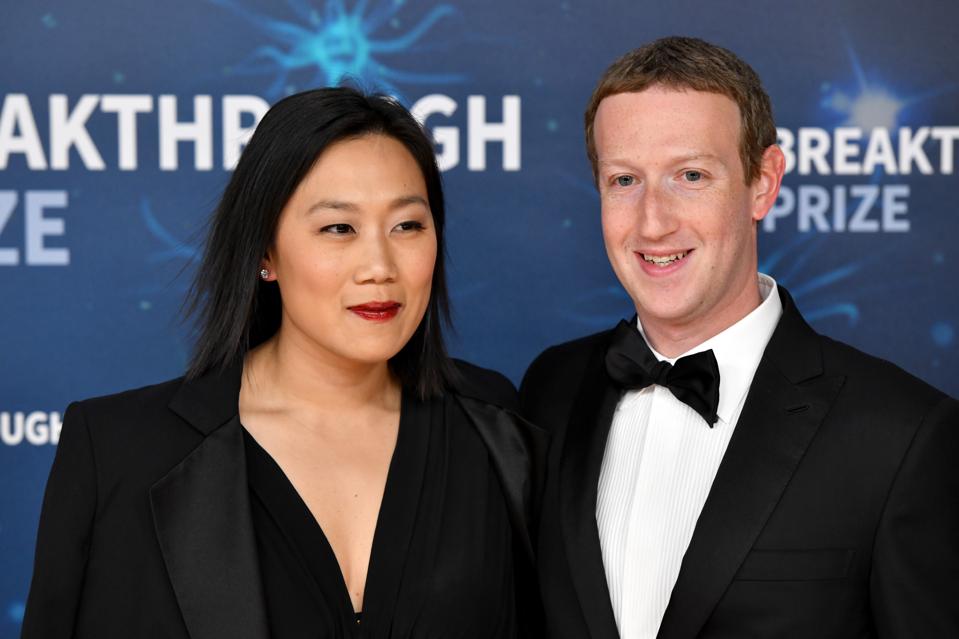 Priscilla Chan and her husband, Mark Zuckerberg, pictured in 2020.

Proposition 15, a ballot initiative to raise taxes on commercial properties in California, has failed to secure a majority of votes in the state as of Friday, November 6, and appears unlikely to be written into law. As of 9:15 a.m. EST, it is down 51.8% to 48.2%, with 76% of the results already tallied.

The bill would modify the state code by taxing properties worth more than $3 million at their current market value, as opposed to the purchase price. It would raise $6.5 billion to $11.5 billion in funding for schools and local governments, but it has encountered opposition from many businesses, who have said it would increase overhead and, ultimately, the cost of goods for consumers.

The Chan Zuckerberg Initiative, their main philanthropic arm, is perhaps best known for a lofty $3 billion promise in 2016 to eradicate all diseases. The organization declined to comment for this article.

This year, Zuckerberg and Chan also gave roughly $2.3 million to oppose Prop 20 in California, which would have further restricted early parole for some felonies. That ballot initiative failed, with more than 60% of votes so far against the measure.

Interview With A Leader In Quartz Surfacing

Atmos, A Startup For Custom Homes, Raises Funds At A $25 Million Valuation

What Buyers Focus On Most When Touring A Home, According To Eye-Tracking Software

Read more about the winners and losers of the 2020 election cycle here.

California restricted tax hikes on both residential and commercial properties in 1978 through Proposition 13. The state now faces an enormous $54.3 billion budget deficit, caused largely by Covid-19. Prior to the pandemic, it had forecast a $5.6 billion surplus. Without Prop 15, local governments will need to find alternative revenue streams, or otherwise cut services, to close the gap.