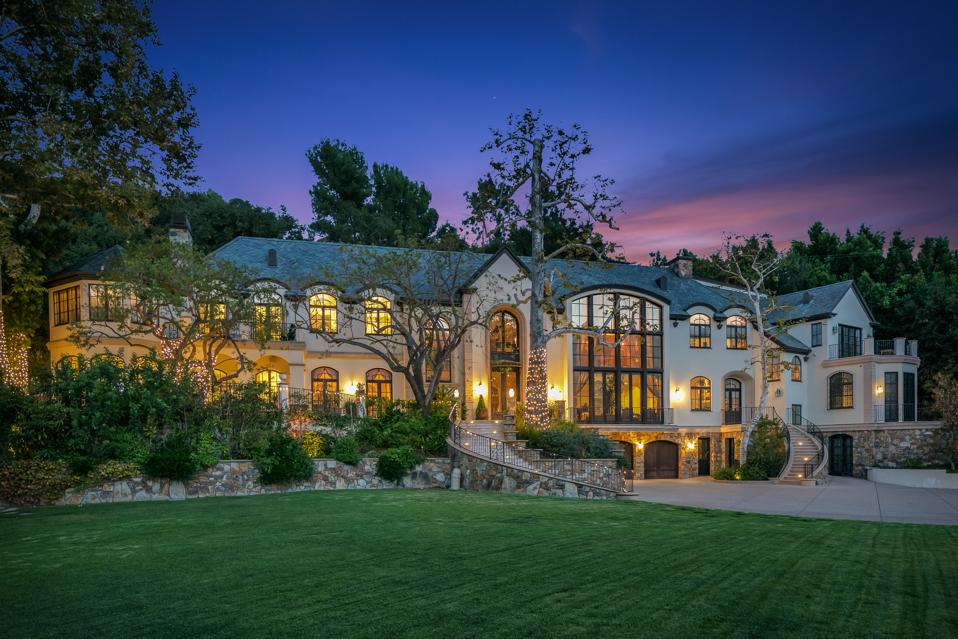 Hall of Fame rocker Gene Simmons is kissing his sentimental home of 36 years goodbye. The tongue-taunting, fire-breathing KISS bassist is unloading his palatial Benedict Canyon estate with a catch—a $22 million ask price and a personal meeting with the next owner to ensure his homestead is left in good hands. 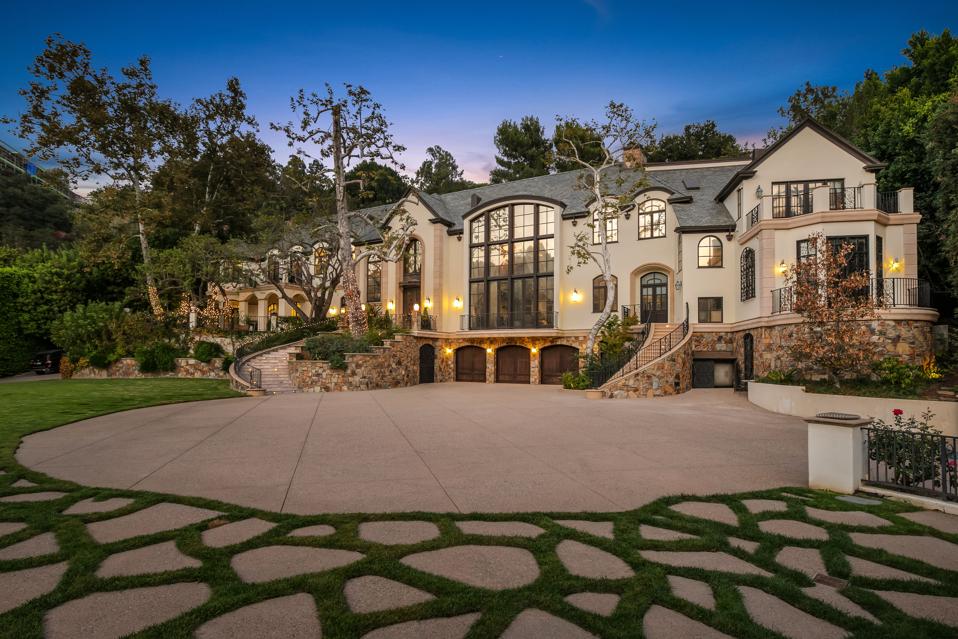 Purchased in 1984, Simmons fully renovated the residence in 2000 by leveling the grade and importing … [+] trees from northern California.

Simmons won’t just sell to anyone. His majestic Beverly Hills-area mansion represents a life well lived, and loved. He’ll leave behind fond family memories and a part of himself. So unlike most celebrities who fade into the background during a sale, Simmons will be intimately involved—approving the beneficiary of his precious memories. 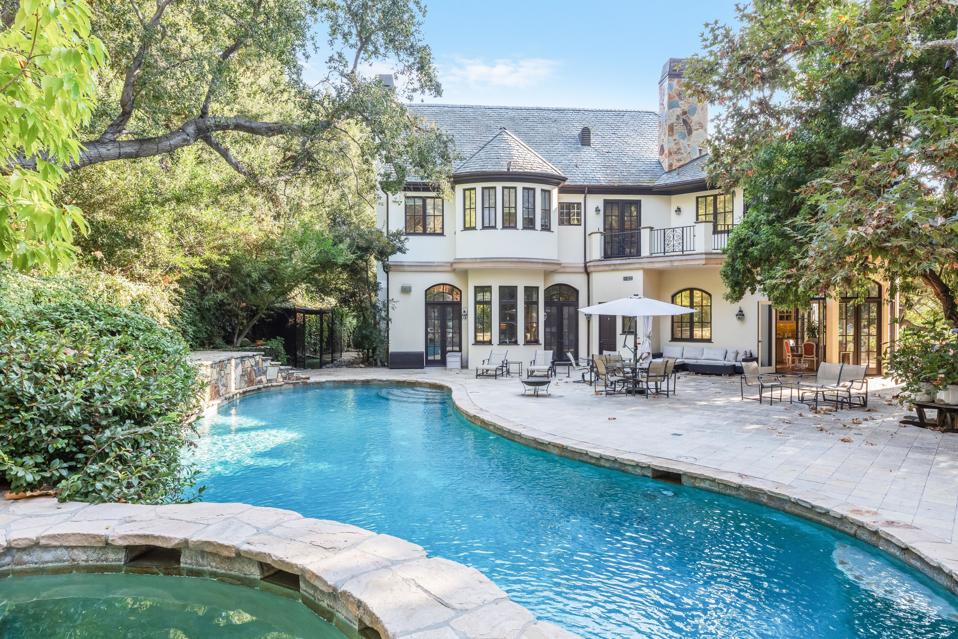 The 16,000-square-foot estate includes a backyard pool and spa.

“This is the place [where] our kids Nick and Sophie were born and grew up,” says Simmons. “This is where we filmed our reality show, Gene Simmons Family Jewels. It’s difficult to think of it any other way—home. Which is why, I am insisting on meeting the family who wants to buy it. We need to be okay emotionally, with passing our home to someone else. It will always be our home.” 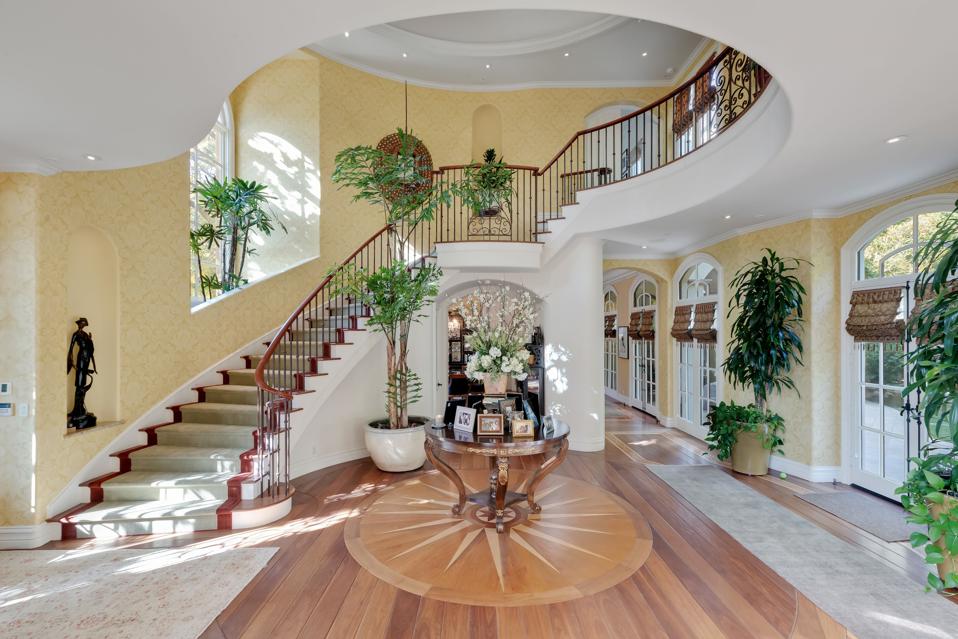 That sentiment can’t be measured by six zeroes on a certified check. But like he implied in 1997’s “Childhood’s End”, loss is hard but a memory lasts a lifetime. Simmons, 71, purchased the 1.84-acre hilltop property in 1984 and resided there with his actress-model partner Shannon Tweed and his kids. 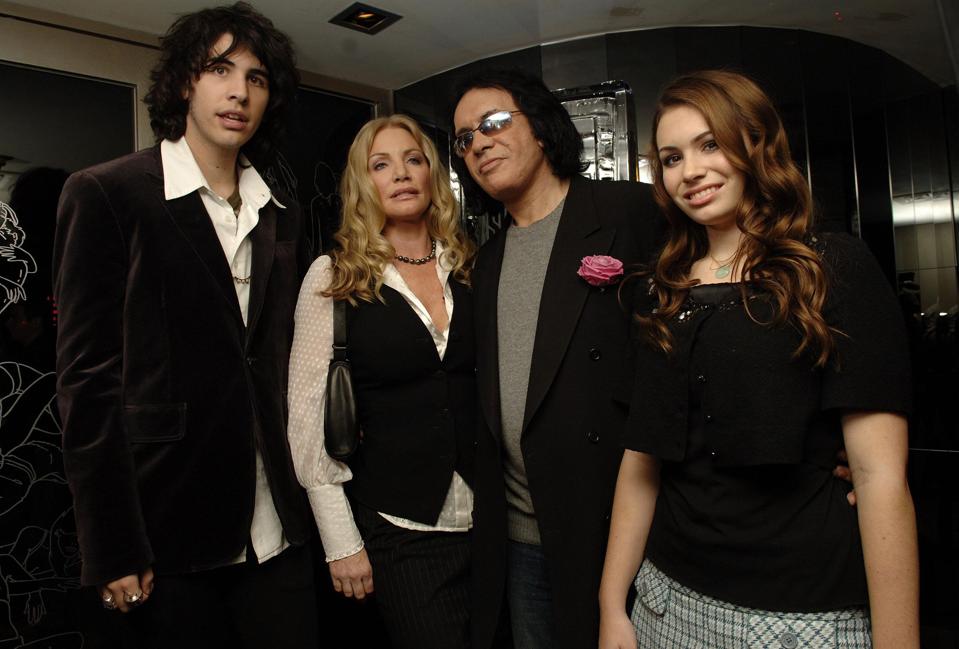 Originally, it was a 3,500-square-foot hillside farmhouse made of wood. Simmons’ five-year, $11 million overhaul flattened the hillside, transplanted trees from Northern California, and dramatically transformed the estate into a level, secluded 16,000-square-foot compound. 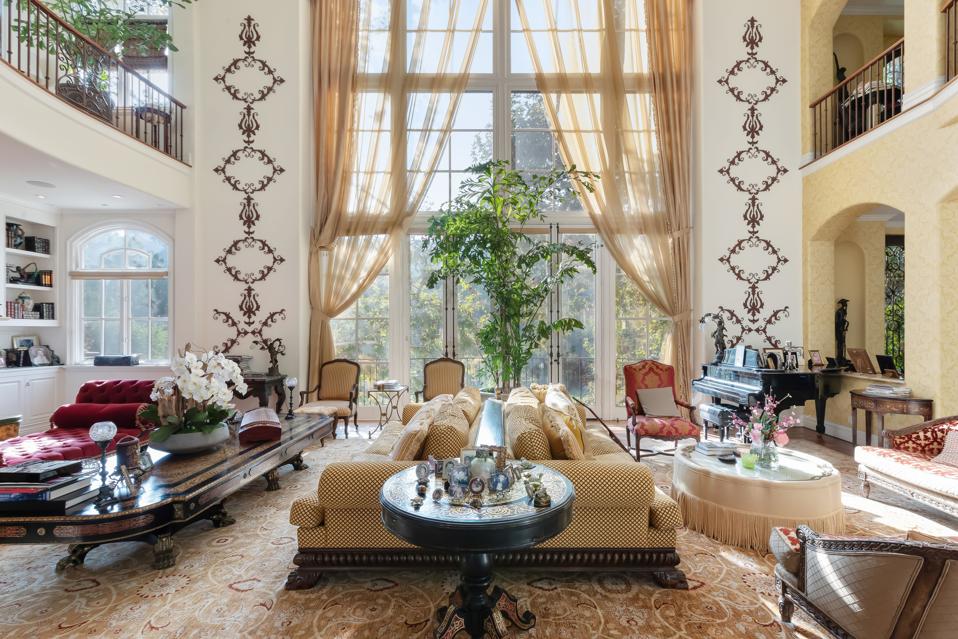 “I bought it from a previous couple who had lived there for many years,” says Simmons. “Then I found out the previous owner was a gentleman named Irving Azoff, one of the most prominent music managers. He continues to manage the Eagles, Fleetwood Mac, and others. I’m told the Eagles were put together on the property.” Better here than on a dark desert highway. 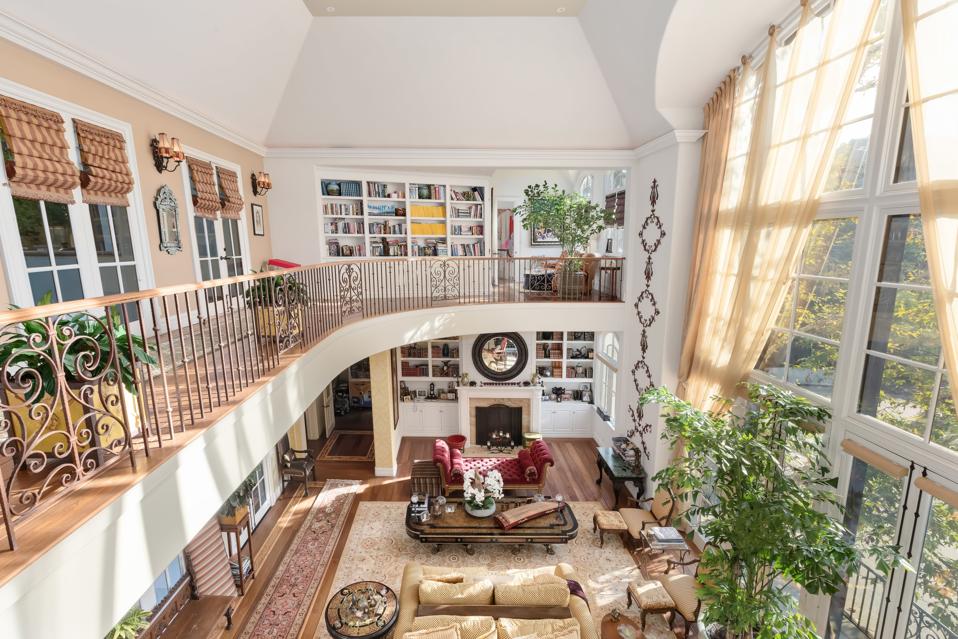 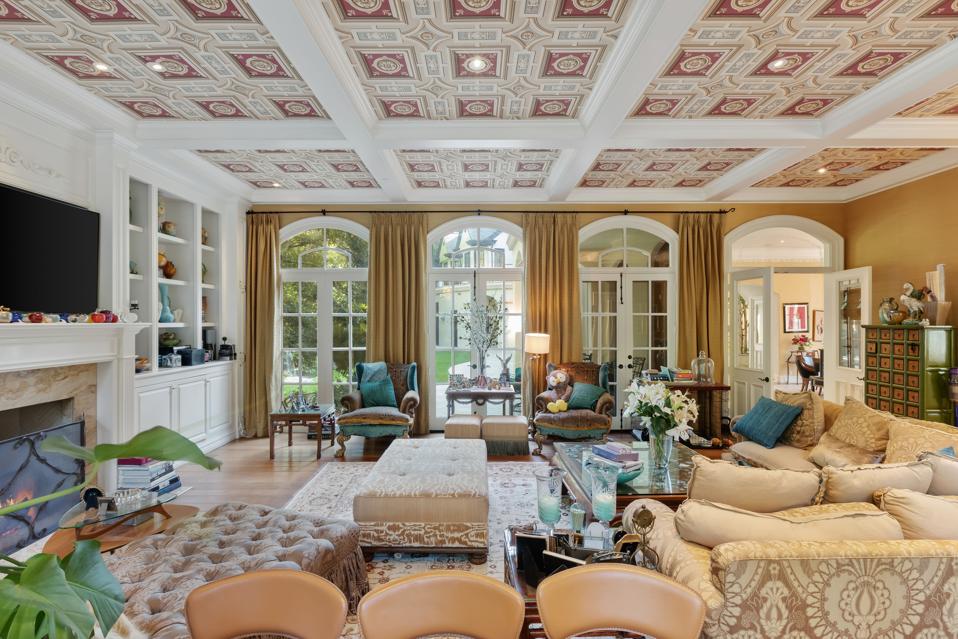 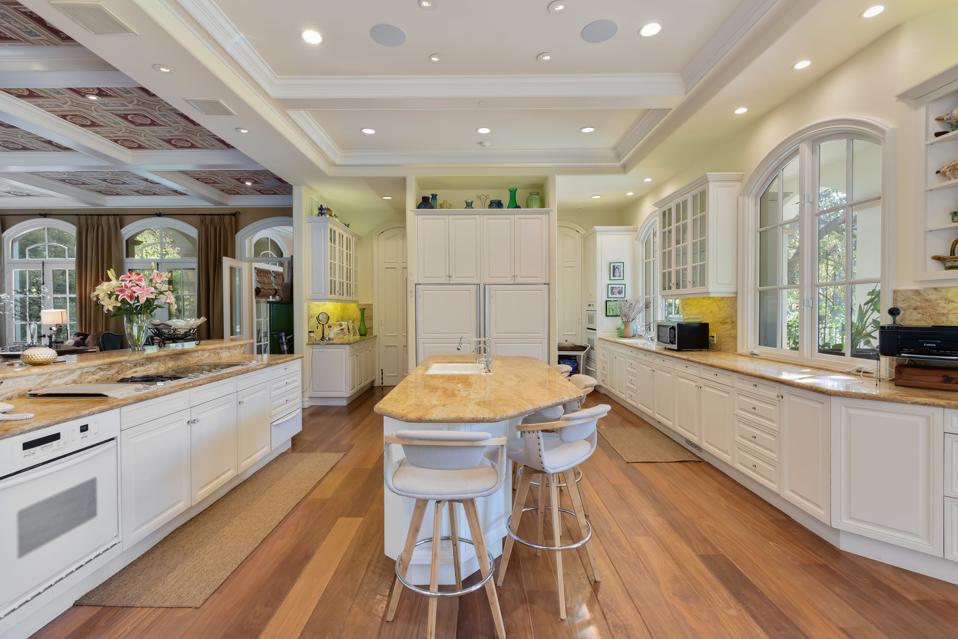 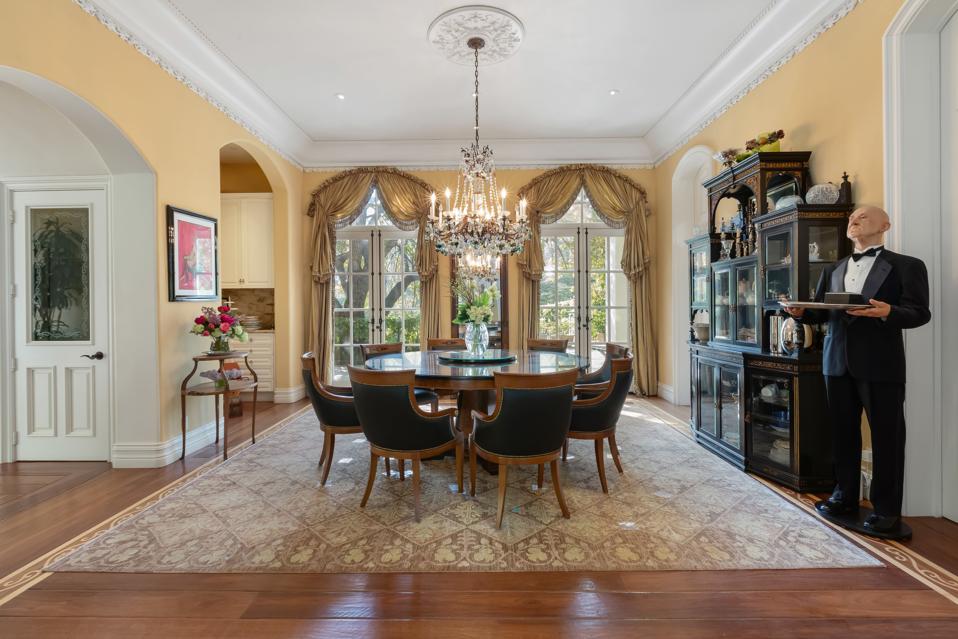 The residence displays the softer side of Simmons, who apparently has impeccable taste. Simmons has headlined KISS with bandmates Paul Stanley, Ace Freely and Peter Criss (among others), since the mid-1970s. 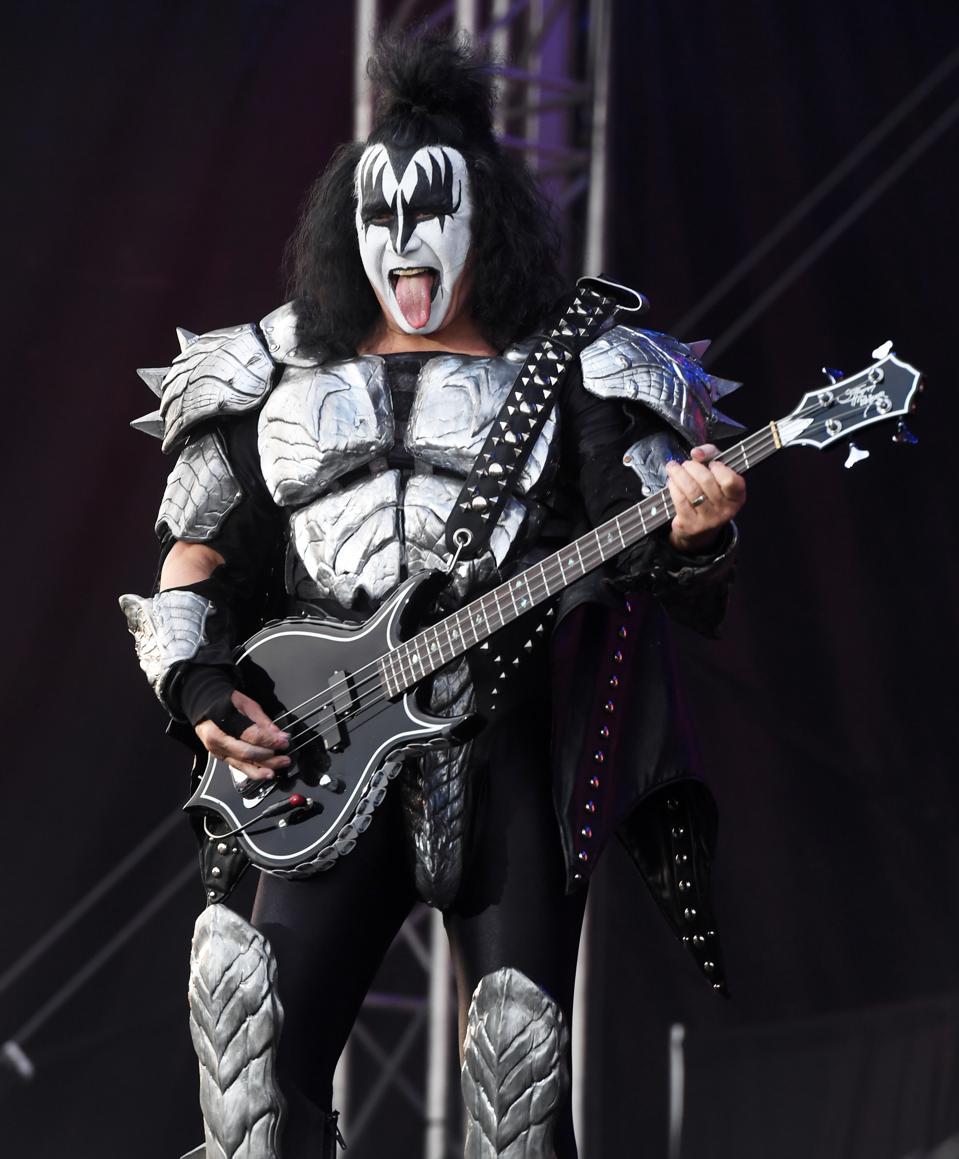 Disguised by glam makeup, macabre costumes, and hard rock alter egos, they charted with “Beth”, “Black Diamond”, and the smash hit “Rock and Roll All Nite.” During their decade-long unmasked era, the band scored again with hits “Lick It Up” and “Heaven’s on Fire,” before induction into the Rock and Roll Hall of Fame in 2014. 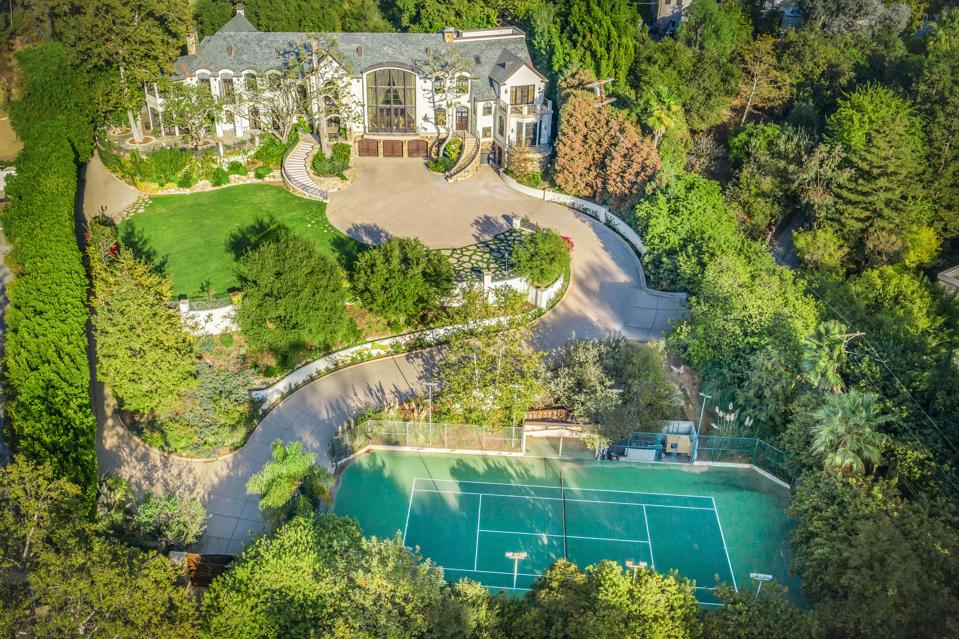 Why move now? Simmons picks a bass guitar but the outspoken musician is emphatically finished taking licks from California’s excessive taxes, which left him “Somewhere Between Heaven and Hell.” 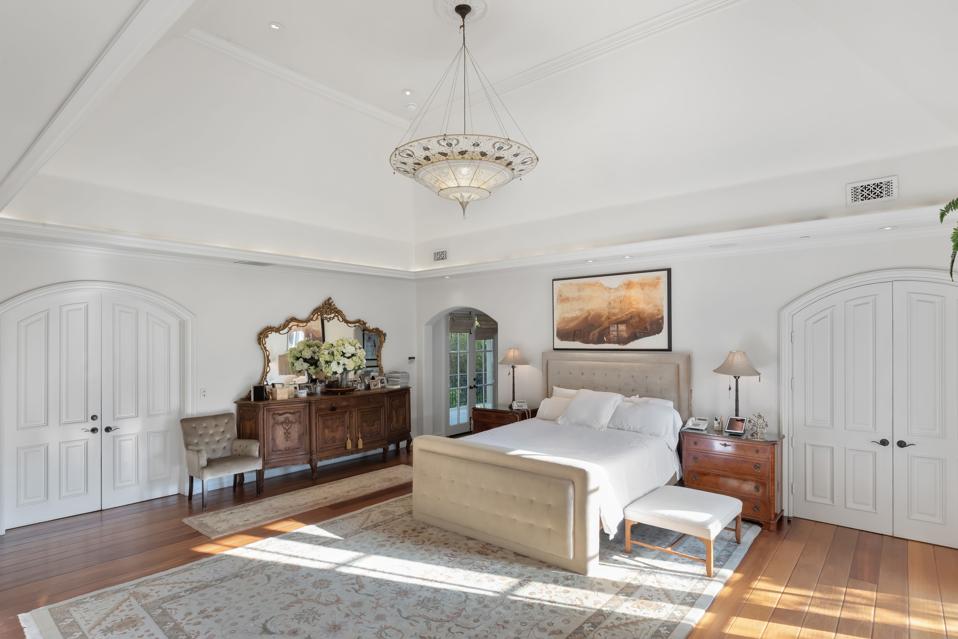 A band of rebellious intellectuals will only take so much sh*t, especially this one. So Simmons is relocating, trading sun for the overcast, low-tax northwest. He’s moving to a 24-acre estate in Washington state, in the shadow of gorgeous Mount Rainier. 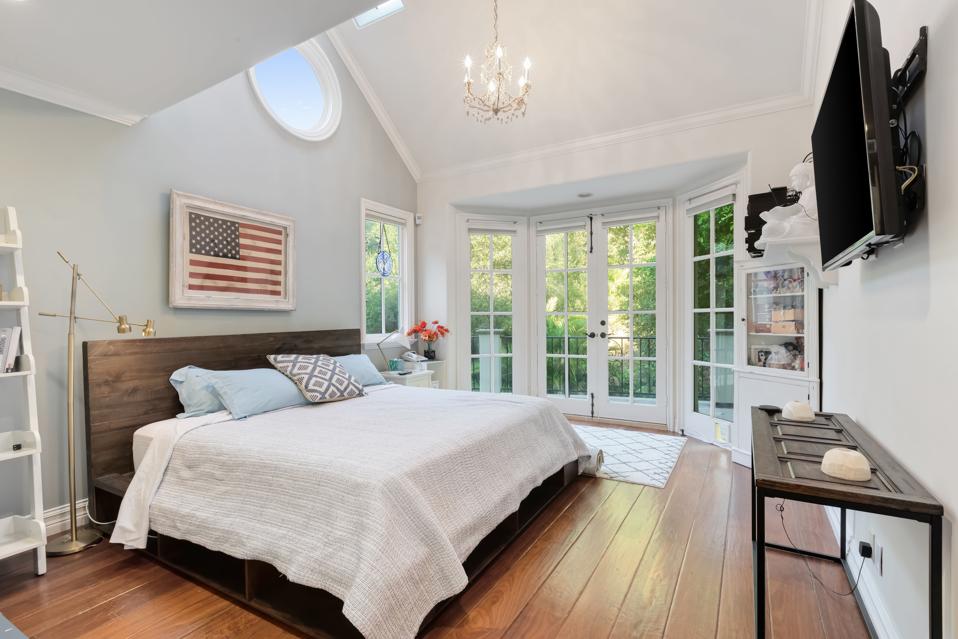 The residence has seven bedrooms

“I’m finally not putting up with [paying] 60% to 70% of my gross to the government,” says Simmons. “I am going to a much more welcoming state where there is no income tax, no local and state taxes. Federal taxes are enough.” 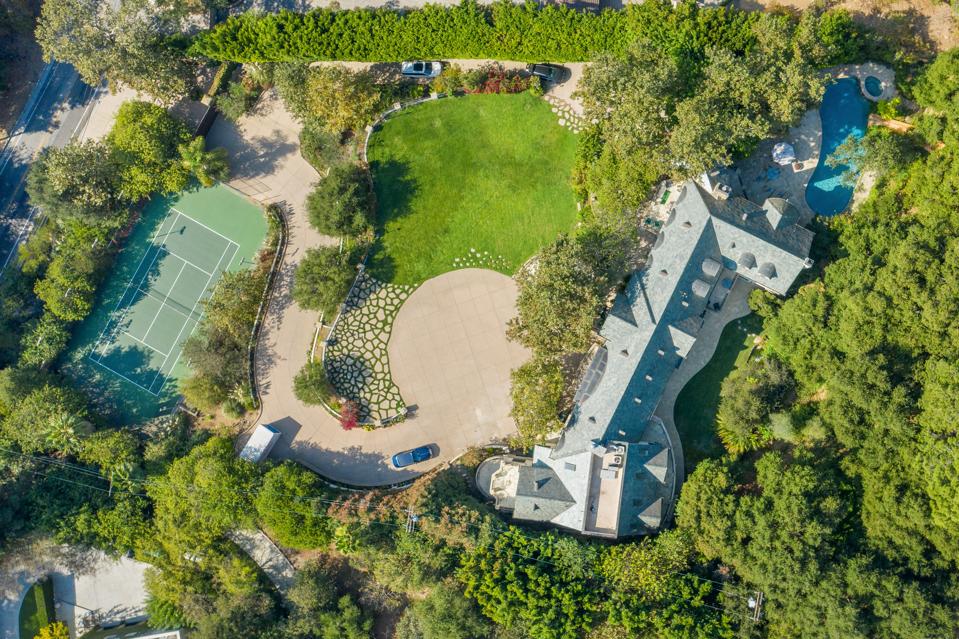 Simmons leaves behind 36 years of memories as he relocates to Washington state.

In Washington, Simmons will bank the fond California memories and the extra cash—”Come Hell or High Water.”

Where Have All the Houseguests Gone?

Les Cactus Is The Most Instagramable New Hotel In Palm Springs