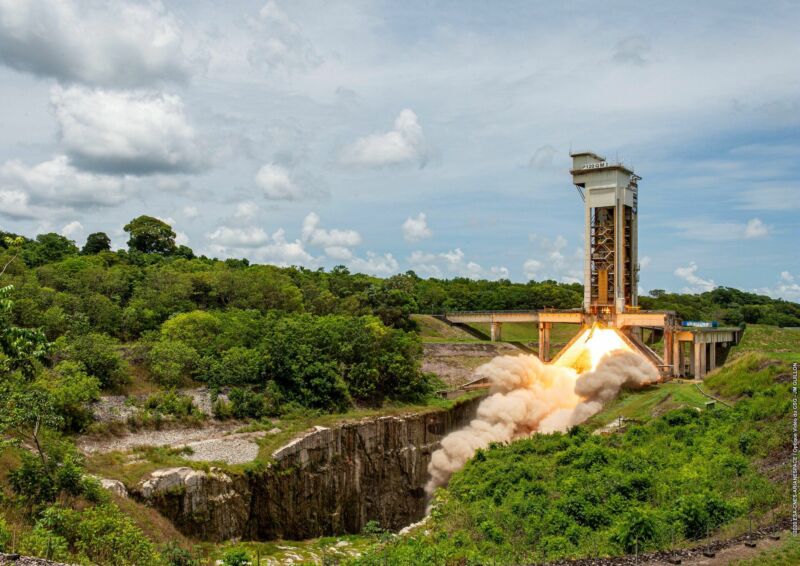 Welcome to Edition 3.19 of the Rocket Report! This week we were glad to see US rockets, led by the Antares and Falcon 9 vehicles, get back on track after a series of scrubs due to technical and weather issues. Meanwhile, the world’s next launch is a big one: a Soyuz carrying three astronauts to the International Space Station next week.

Virgin Orbit’s rocket comes at a high price. As Virgin Orbit drives toward its second launch attempt late in 2020, its expenses are adding up. Started in 2011 by Sir Richard Branson as an offshoot of his Virgin Galactic space business, Virgin Orbit has not revealed how much it has spent to date. But industry officials estimate it has expended between $500 million to $700 million developing LauncherOne and the infrastructure to support it.

So much money for a relatively small rocket … In a new feature, Ars explores how this happened and investigates whether there is a path to profitability for the Long Beach, California-based company. Competitor Peter Beck of Rocket Lab is skeptical. “I don’t see how that business case closes,” he said in an interview. “How do you spend that much money and have a return on investment? And moreover, if you’ve spent that much money and you are where you are, maybe it’s time to have a re-think.”

Space is becoming too crowded, Beck warns. CEO Beck (who features heavily in this week’s report, we know) said that the sheer number of objects in space right now—a number that is growing quickly thanks in part to SpaceX’s satellite Internet constellation, Starlink—is making it more difficult to find a clear path for rockets to launch new satellites. “This has a massive impact on the launch side,” he told CNN Business. Rockets “have to try and weave their way up in between these constellations.”

Need for responsibility … Beck said that he’s not opposed to SpaceX’s plans or massive satellite constellations in general. Starlink, once operational, could provide huge benefits to life on Earth by making Internet access available to the billions of people who still lack sufficient connectivity, he noted. But Beck said he is concerned about how rapidly he’s seen traffic in space impact his own business. He’s vowed to study the issue to help advance discussions on responsible space traffic management.

Wallops poised for growth? Born as a Navy air station during World War II, the Wallops Flight Facility has launched more than 16,000 rockets, most of them small sounding vehicles used for scientific research. But the Virginia-based facility, which at the dawn of the Space Age played a role as a test site for the Mercury program, is about to reinvent itself at a time when the commercial space industry is booming, The Washington Post reports.

Betting big on Rocket Lab … Officials at Wallops successfully wooed Rocket Lab, which they anticipate may launch as much as once a month. “We ran a competitive process,” Peter Beck, Rocket Lab’s chief executive, said. In the end, Wallops was the winner because it had a facility nearby where the company could process its payloads, get the satellites ready for launch, and then mate them to a rocket quickly. (submitted by ColdWetDog)

Third and final test of P120C motor a success. The European Space Agency and ArianeGroup report that the third static-fire test of the new P120C solid rocket motor in French Guiana was a success. The motor, which will power both the Vega C rocket as well as serve as a side-mounted booster for the Ariane 6, fired for 130 seconds.

Flying next year … For this last test before its first flight, the motor operated in the Ariane 6 configuration, as the P120C will equip both configurations of Ariane 6: Ariane 62 has two boosters, and Ariane 64 has four boosters. The test took place on October 7. Both the Vega C and Ariane 6 rockets are scheduled to debut next year.

Brazil planning native launcher for 2022. The president of the Brazilian Space Agency said on Sunday that Brazil plans to launch a domestically produced orbital rocket within two years. The country plans to start engine testing in 2021, before launching a year later, Parabolic Arc reports.

Trying to go fast … Brazil has been working with the German Aerospace Center to develop the Veículo Lançador de Microssatélites 1 (VLM-1) booster and the S-50 engine that will power the rocket’s first two stages. The three-stage VLM-1 will be capable of launching 150kg into a 300km orbit. Flights will be conducted from the Alcantara Launch Center, which is located on Brazil’s northern Atlantic coast. It seems like an aggressive schedule to us. (submitted by Ken the Bin)

Florida spaceports may merge. As part of its “Range of the Future” initiative, one of the ideas the Space Force is considering to increase access to space is pretty radical—merging its historic Cape Canaveral facility with NASA’s Kennedy Space Center under a single spaceport authority, Ars reports. “How do we get to a similar airport structure where we have a military base airport and runway sitting side by side with the commercial runway and airport?” said the director of operations and communications for the Space Force, Maj. Gen. DeAnna Burt.

A big idea to consider … The primary goal of the Space Force is to execute its mission, which includes getting into space quickly and reliably. If that means, as it has done in the past, that the military has to own and operate every facet of a launch site, it will. But what the Space Force and Burt have signaled to the broader space community is that—if there’s a better, more efficient way to do this, which cuts red tape for emerging commercial players—they’re willing to listen. NASA may be willing to listen, too.

Russia unveils a rocket that looks a lot like the Falcon 9. The “Amur” booster will be powered by new and as-yet-undeveloped rocket engines that burn methane. Just as significantly, for the first time, Russia is seeking to build a reusable first stage, Ars reports. And Roscosmos is targeting a low price of just $22 million for a launch on Amur, which is advertised as being capable of delivering 10.5 tons to low Earth orbit. “We would like our rocket to be reliable, like a Kalashnikov assault rifle,” said Alexander Bloshenko, executive director of Roscosmos for Advanced Programs and Science.

Not ready until 2026 … What is perhaps most striking about the Amur rocket design, however, is how much it resembles a smaller version of SpaceX’s Falcon 9 rocket, which can lift about twice as much payload into orbit. Commenting on the Amur rocket on Twitter, SpaceX founder Elon Musk said, “It’s a step in the right direction, but they should really aim for full reusability by 2026. Larger rocket would also make sense for literal economies of scale. Goal should be to minimize cost per useful ton to orbit or it will at best serve a niche market.”