Rectory Farm House in Oxfordshire, on sale for $ 9 million, lies in 8 acres of land beside the River … [+] Thames

If you’re in the market for a riverside country house, with several acres of land and gardens, then Rectory Farm House in Oxfordshire could be for you. The period property, on sale for $9 million, lies beside a tranquil stretch of the River Thames and once belonged to the English actor Sir Michael Caine.

Rectory Farm House, which has 200 yards of river frontage on one of the longest stretches of the Thames, a tennis court, an indoor pool, and a boathouse, was owned by the actor for 15 years, according to the current owner. Caine, who is known for his Oscar and Bafta-award winning performances, films such as Get Carter, The Italian Job, and Alfie, and his distinctive Cockney accent, lived there with his family from 1984 to 1999. 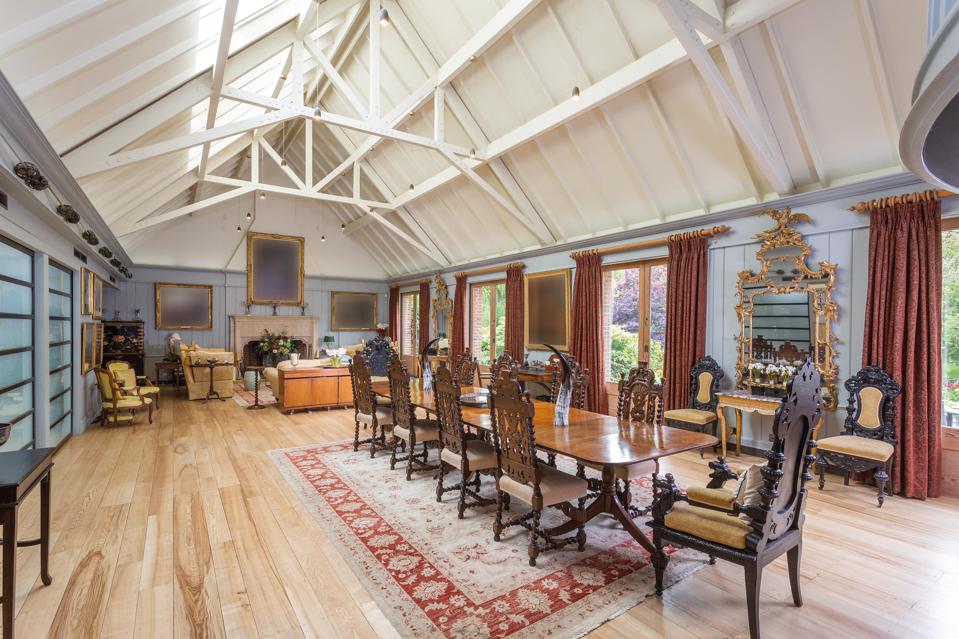 Surrounded by fields and countryside, with 8.3 acres of land, the grade II listed, 11,660-square-foot property has a natural setting and backdrop while being in a village setting. The six-bedroom house and gardens are set back from the river behind an area of mature trees on its grounds, meaning they can’t be seen from the water, making it an ideal setting for a privacy-seeking celebrity. The Thames Path walking trail runs along the opposite bank of the river to the property.

Though the house itself does not have a view of the river, its grounds have picturesque views up and down the waterway and an attractive lime tree avenue leading to the water. Its riverbank features a swimming landing stage, which provides wild swimmers with easy access to water, and a two-story boathouse with remote-controlled electric doors. Rectory Farm House lies between the Benson and Cleeve locks, a 6.5-mile stretch of the Thames that forms the longest distance between locks on the river. 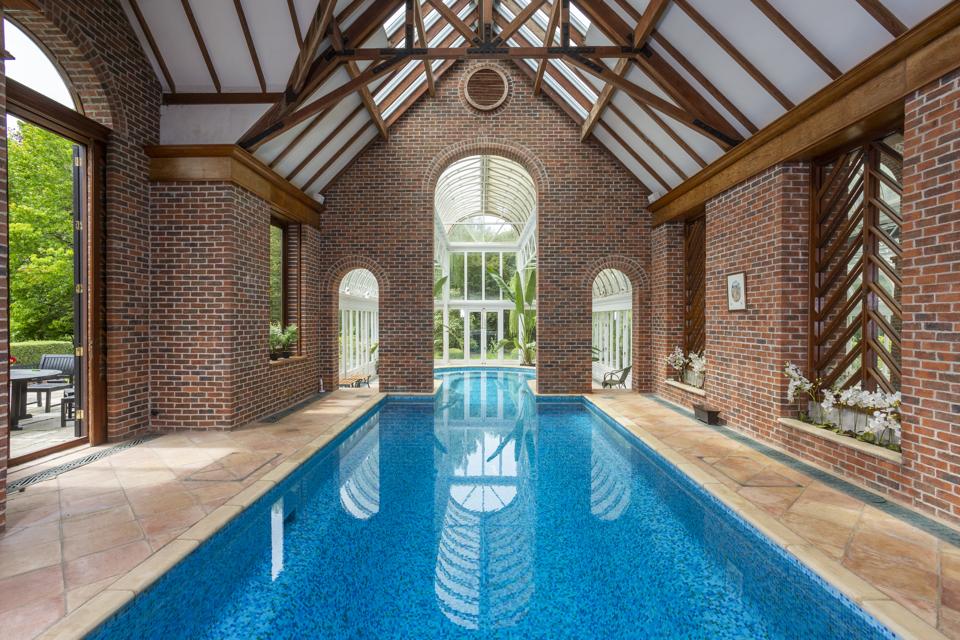 During his time at Rectory Farm House, Caine made significant upgrades to the property. He renovated the original 17th-century gabled house and added a modern extension, which is roughly about the same size as the original part of the house. The 20th-century addition features a vaulted, galleried living/dining room known as the Long Room, a games room, a library, and an indoor swimming pool with part timber-framed and part glazed roof, a spa, and a sauna.

Rectory Farm House lies beside a grade I listed stone church 3 miles from the market town of Wallingford in the village of North Stoke, popular for its proximity to private schools such as Cranford House and easy access to Reading (11 miles) and Oxford (15 miles). London Paddington is a 50-minute train journey away from Goring & Streatley station, which lies 4 miles away. 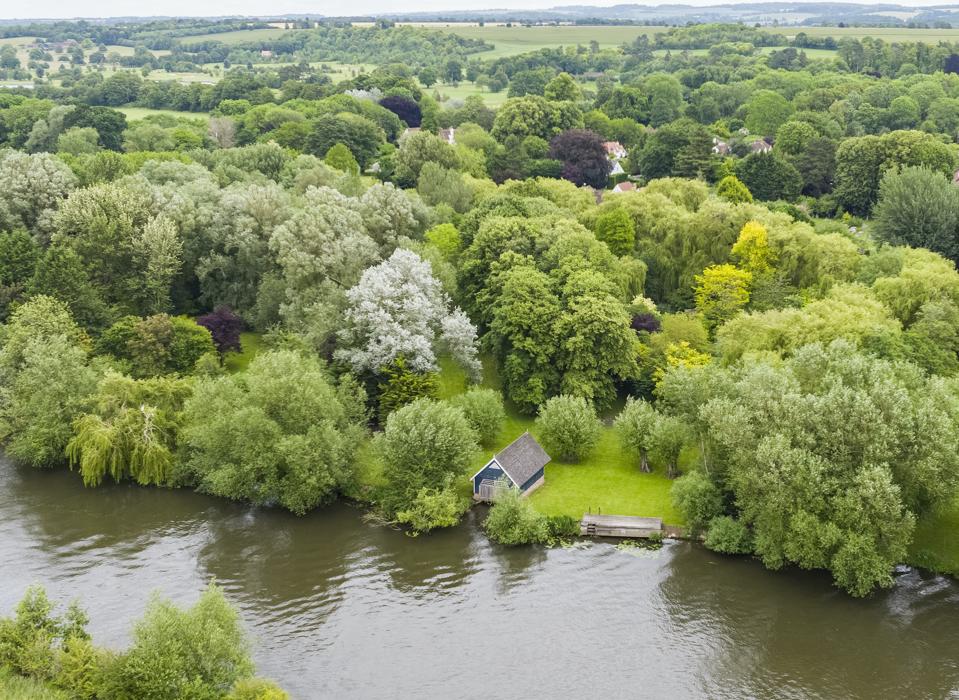 The river frontage with a boat house and a landing stage

On the grounds is a two-bedroom cottage attached to outbuildings that include two wine stores and two barns, and a carport with storage rooms. There is also a large kitchen garden, ponds, a lake, a charming dovecot, and a formal garden, all set within grounds that are mainly formed of lawns and mature trees. It is approached by a long sweeping drive edged with topiary balls and has a two-bedroom gate lodge at its entrance.

The home is on sale through Knight Frank

FC Barcelona Versus Atletico Madrid Result And What We Learned

U.S. Holiday Gifts Will Be Practical And Purpose Driven