Some Covid-19 Vaccine Reactions Are Actually The Result Of Anxiety, Study Finds 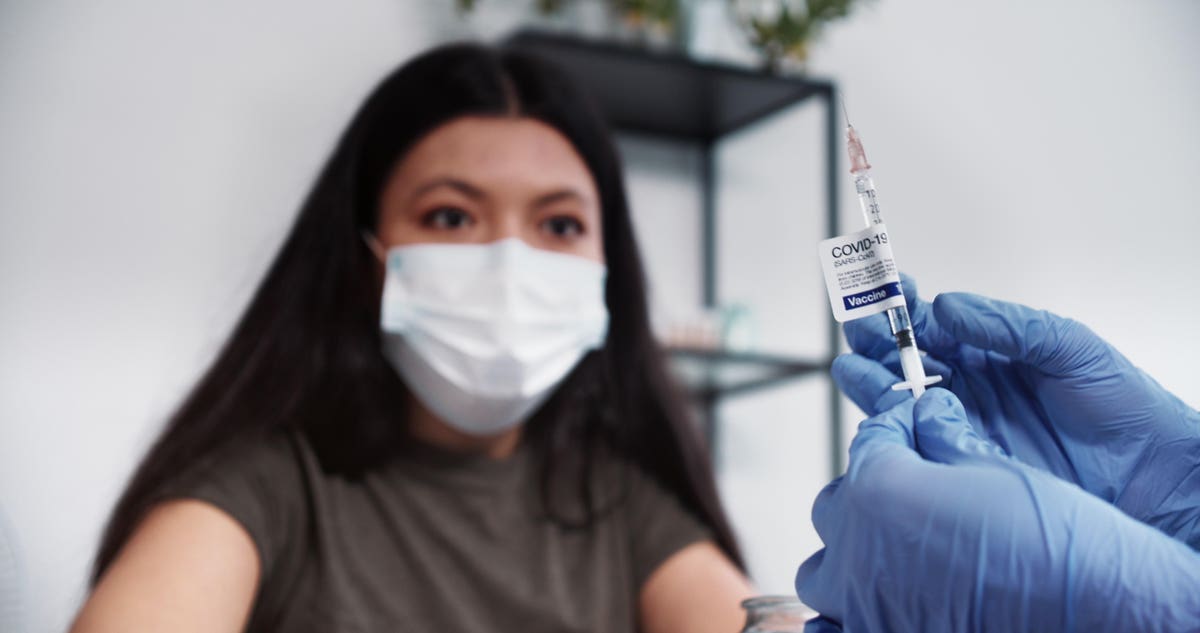 Episodes of nausea, sweating, fainting and a handful of other symptoms in individuals after having the Johnson & Johnson/Janssen Covid-19 vaccine prompted an investigation by the CDC last month. The clusters, which occurred at mass vaccination sites in California, Colorado, Georgia, Iowa, and North Carolina were apparently alarming enough that four of the five sites closed temporarily while the analysis took place. But yesterday, the CDC released a report confirming that the episodes were not the result of the vaccine itself, but rather people’s anxiety about it. The reactions are still “real” physiological reactions, but luckily, have nothing to do with any component of the vaccine.

According to the research, there were 64 cases of anxiety-related events out of 8,624 people who received the vaccination in the five sites from April 7-9, but none met the definition of “serious”: they included light-headedness or dizziness (56%), pallor or excessive sweating (31%), fainting (27%), nausea or vomiting (25%), and low blood pressure (16%). The median age of the individuals who experienced the events was 36 years and 61% were women. Interestingly, the cases in four of the five sites occurred on the sites’ first day of administering vaccines.

Everyone recovered quickly—within 15 minutes at the vaccination site or, for the 13 people who were moved to the hospital, the same day. About a quarter of the total number affected reported also having had similar events after vaccination in the past.

In addition to looking into these smaller clusters, the CDC also looked at instances of fainting in all 7.98 million people who received the Janssen Covid-19 vaccine from early March to early April, and found a rate of 8.2 per 100,000 doses. By contrast, for flu vaccines over the course of a full year, the rate was 0.05 per 100,000, which makes the reaction about 164 times more common for the Janssen Covid-19 vaccine than for the flu vaccine. For both, the reaction was more common in people aged 18-29.

So, perhaps not surprisingly, there seems to be something about the Covid-19 vaccine that engenders anxiety. The CDC report points out that people receiving the Janssen vaccine may have sought it out because it only involves one shot, so may be a self-selecting group of people more prone to having an anxiety response.

They write, “it is possible that some persons seeking Janssen COVID-19 vaccination could be more highly predisposed to anxiety-related events after being vaccinated. The stress of an ongoing pandemic might also increase anxiety surrounding COVID-19 vaccination. In addition, in mass vaccination situations, an anxiety-related event witnessed by others on-site or reported through media coverage might provoke additional anxiety-induced episodes.”

In other words, observing a fainting episode either in person or vicariously through stories or social media, may trigger a chain reaction. The physiological reaction itself is known as the vasovagal response, which occurs when an emotionally charged event (like the sight of blood or an approaching needle) triggers the vagus nerve to set off a chain of events, including a drop in blood pressure and fainting or near-fainting. The cluster part is trickier to explain, but such psychogenic group events have been recorded fairly regularly in the past, and probably involve a combination of conscious, subconscious, and neurophysiological mechanisms.

It’s important to point out that the recent clusters of anxiety-triggered reactions occurred before the reports of the rare blood clotting side effect (thrombosis with thrombocytopenia syndrome) that briefly paused the Janssen vaccine last month. It will be interesting to monitor the rate of anxiety-based reactions over time—and see whether similar reactions are tied to the other available Covid-19 vaccines.

In the meantime, the CDC asks healthcare professionals to be aware of the risk of anxiety-based reactions in their patients, and recommends that, like the watch-period for serious allergic reactions to the vaccines, patients be watched for 15 minutes after receiving the shot. If nothing else, the CDC investigation and report is another sign of the close attention given to patient safety during this vaccine rollout—and should be a reassurance that events, even innocuous ones, are being taken seriously and handled swiftly.